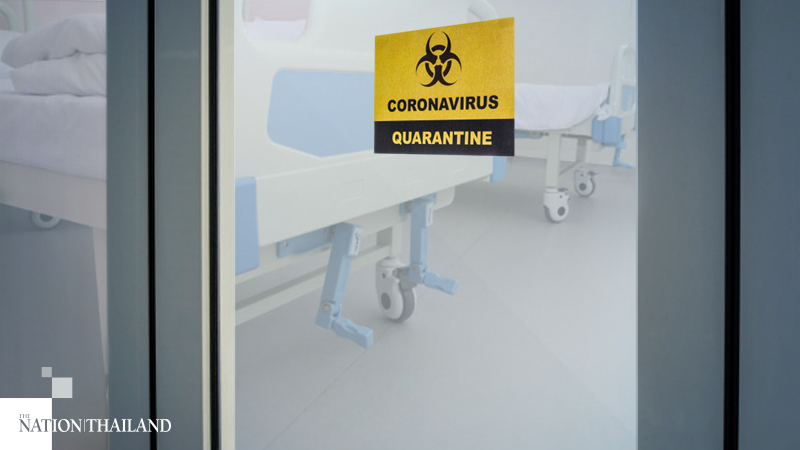 Coronavirus patients are pouring into hospitals across the American South and West, straining front-line doctors and nurses and draining supplies of protective gear and testing equipment, according to health-care workers throughout the country.

In pandemic hot-spot states such as Arizona, California, Florida and Texas, hospitals are adding new intensive care unit beds and special airflow systems to treat the growing demand as virus hospitalizations set records almost daily. To cope with the wave of patients, hospitals are canceling elective surgeries to free up space for those sick with the virus. Medical staff members warn that they could become overwhelmed.

Hospitalizations are rising quickly in key jurisdictions of several states. The number of coronavirus patients hospitalized in Harris County, Texas, which includes Houston, has more than quadrupled to 2,196 people over the past month, according to data from the Southeast Texas Regional Advisory Council.

"This community has got to do something to change the direction of the virus," said David Persse, Houston's chief public health authority. "Despite all the good work of the hospitals, they're going to get overrun if we don't do something to slow down the virus."

The United States passed 3 million cases Wednesday, and more than 128,000 people have died of covid-19, the disease caused by the novel coronavirus.

Florida is rushing about 100 health-care workers to Miami-Dade County's public hospital network to handle the influx of coronavirus cases, including 75 nurses who will be ready to work in intensive care units. But Miami hospital workers fear that might not be enough.

The large Jackson Health System in Miami has opened new floors and new units to handle the increasing number of patients, said Lilian Abbo, the hospital's head of infection prevention. "If we continue this trend, we may not have enough staff," she said.

Workers at its main hospital, Jackson Memorial, say it has grown crowded, with doctors and nurses working extralong days. Hospital workers are adding negative-pressure systems to rooms so they can be used for covid-19 patients, said Nicholas Namias, chief of trauma and surgical critical care.

"We're not in some sort of apocalyptic scene, but we're very actively creating beds," he said.

In states with surging cases, deaths have not spiked as sharply as hospitalizations - a point touted by President Donald Trump, who falsely claimed this week that the United States had the world's lowest mortality rate from the virus. Numerous countries have maintained lower death rates.

Epidemiologists, health officials and physicians in some of the hardest-hit states said the prevalence of new cases among younger people may explain why there are fewer fatalities than raw case numbers would suggest. But they also stressed that fatalities are a lagging indicator, sometimes following hospitalizations by weeks.

Deaths are rising in a number of places, especially in the Sun Belt.

Florida is also beginning to see a sustained rise in fatalities, as documented in a Federal Emergency Management Agency report obtained by The Washington Post. The report shows a rebound in the seven-day rolling average of fatalities starting about two weeks ago and notes, "State is monitoring bed census daily and making contingency plans in the event capacity becomes an issue."

Juggling virus patients with people suffering other ailments has become more challenging. Hospitalizations for the virus in Texas have more than doubled in the past two weeks, filling nearly 80% of the state's hospital beds.

About 45% of the Texas Medical Center's 1,364 intensive care unit beds are now filled with coronavirus patients. The Houston-area hospitals have canceled many elective surgeries, and there are recurring needs for intensive care unit beds for planned procedures such as organ transplants and emergencies such as heart attacks and strokes, said Persse, the health authority for the Houston Health Department.

"There's precious little else they can do," he said.

Health-care workers in hard-hit states say they are rationing protective gear such as N95 masks so they don't face severe shortages such as in the early weeks of the pandemic. Some say they use one mask per day now, as opposed to throwing them out after each use.

Equipment shortages already have become acute in some hospitals.

Two nurses at the Good Samaritan Medical Center in West Palm Beach, Fla., who spoke on the condition of anonymity for fear of professional retribution, said nurses are being provided one gown per day, sometimes moving among confirmed covid-19 patients and suspected patients without changing their gear and with minimal cleaning supplies. Some are now using nonmedical N95s and pairing them with surgical masks to make the coverings waterproof.

"The standards have been lowered so much the attitude is basically, 'Put the best protection you can on your eyes and mouth, and go for it,' " one nurse said.

Ryan Lieber, a spokesman for Good Samaritan, said covid-19 patients are treated in an isolated unit of the hospital, where caregivers have "appropriate PPE" and where "we follow strict cleaning and sanitation guidelines."

"Like many other health systems, we have implemented strategies for PPE conservation, consistent with CDC guidance, to address continued availability of PPE and the safety of our staff," he added in a statement.

At Jackson Memorial, one key shortage is the rapid coronavirus tests, particularly the reagents needed to process samples. Namias, the trauma chief, said the Miami hospital "frequently" runs out, which forces staff members to assume that patients who enter the emergency room have the virus. That puts more strain on the entire hospital because it requires staff members to add extra protection for themselves and treat patients in special environments.

Namias said he could envision the hospital being overrun by covid-19 patients if the state's infection numbers continue to rise.

"It could happen," he said. "That's why we ask people for vigilance in wearing a mask and keeping a distance."

Hospitals are also feeling the strain in Los Angeles County, which is averaging about 2,300 new cases each day. Anne Caputo-Pearl, a nurse California Hospital Medical Center, which treats a majority of low-income and minority patients, said she has seen an influx of patients who live in crowded housing or without housing at all, and who are therefore unable to isolate at home.

Nurses are constantly busy with sick patients, often extending 12-hour shifts without being asked, she said. Intensive care units are at or near capacity, she said. Emergency room wait times have grown.

Caputo-Pearl and her fellow nurses are being forced to "use personal protective equipment until it is unusable," which means wearing gowns until they're unsafe and N95 masks for as long as possible. Thankfully, she said, they still switch out gloves when possible. Caputo-Pearl said Dignity Health, the system that runs her hospital, says its staff has enough PPE to operate safely.

California Hospital Medical Center did not immediately reply to a request for comment.

Some doctors have noticed that a larger proportion of younger patients are now contracting the virus. They tend to recover and be discharged more quickly than older patients, helping to free up beds faster.

Rajiv Bahl, an emergency medicine physician, saw that happening in early June. But lately, more older people have become infected, he said, "and we're now seeing people with underlying conditions coming in to the emergency department and getting more sick."

There's now an "overall stress on the system," Bahl said, "whether it be protective equipment, staff, ventilator needs."

"I don't think we can hang our hats on the fact that deaths haven't increased with cases," he added.

Health-care workers are now juggling incoming patients, searching for open beds in their own hospitals or at others in the area. Sometimes, patients are held in the emergency room for far longer than they would be normally.

One emergency room doctor in Houston, who spoke on the condition of anonymity for fear of retribution from his employer, said he once saw a man waiting for a transfer linger in the emergency room for more than three days because no hospitals within 50 miles had room.

Texas authorities are also asking some health-care workers to relocate to areas in need of staff members, said Carrie Kroll, vice president of Advocacy, Quality and Public Health for the Texas Hospital Association.

Bustling hospitals are also reshuffling staff within their walls. Cindy Zolnierek, head of the Texas Nurses Association, said some hospitals are implementing "just-in-time" training to boost their staff members. Registered nurses who would normally be helping monitor ventilation and assisting in operating rooms are now being called to assist on covid-19 floors. And many nurses are dealing with the emotional fallout of working in the kind of high-intensity care usually reserved for ICU staffs.

"I'm hearing nurses are feeling a lot of distress from how these patients are decompensating so quickly. One moment, someone looks OK. An hour later they're crashing," Zolnierek said. "Some of them are young, and unless you work in trauma, you're not used to seeing young people so, so sick and barely hanging on. So that takes an emotional toll."