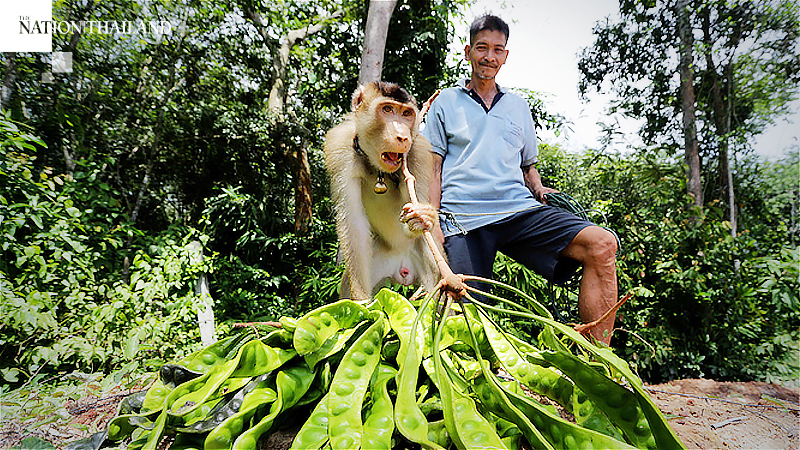 Pud, a three-year-old coconut-picking monkey in Songkhla’s Ban Tung Ree area, shows how it picks bunches of beans for its owner Ked. 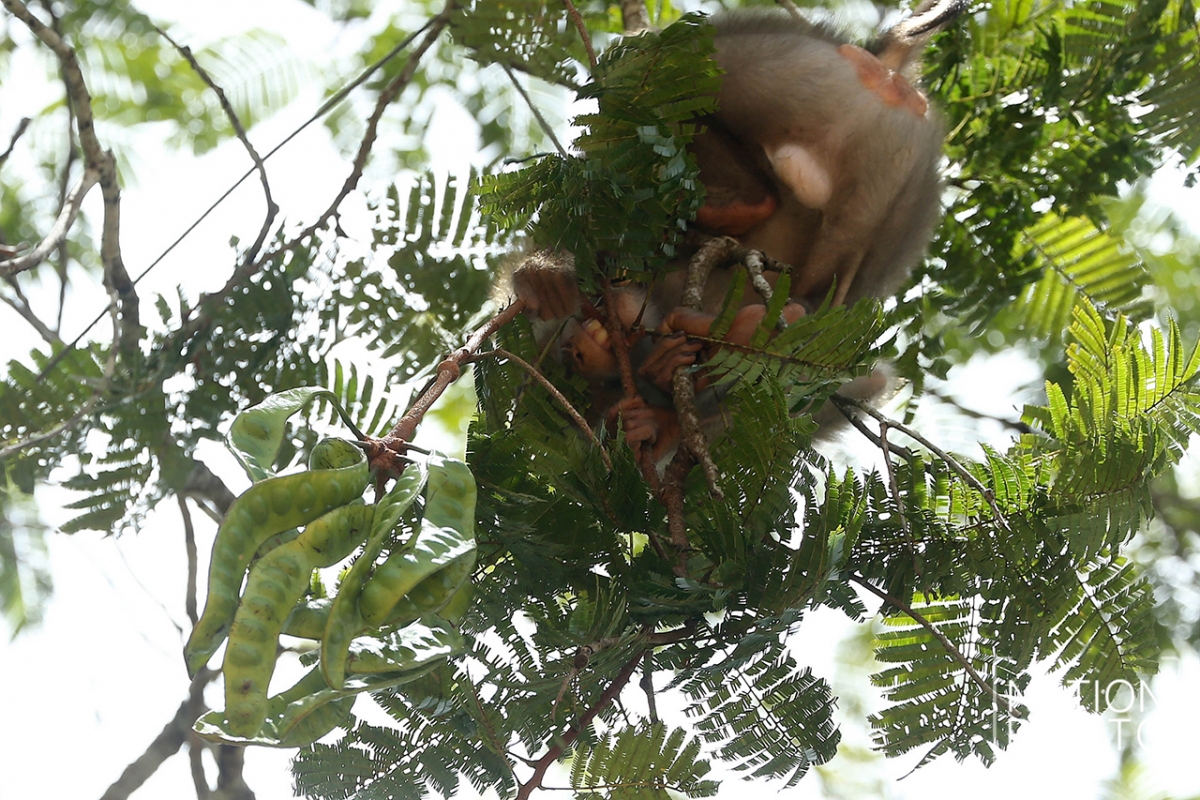 “Since some trees are too high for humans to climb, we have trained monkeys to pick other fruits apart from coconuts,” Ked said, adding that a variety of fruit crops in the South are ready to be picked.

As for the report about British supermarkets banning Thai coconut products in response to a People for the Ethical Treatment of Animals (Peta) report claiming that Thailand was abusing monkeys in the coconut industry, Ked said this was false as monkeys in the South are treated like family members.

“They are only punished when necessary,” he said. “This is folk wisdom that has been passed down for generations.” 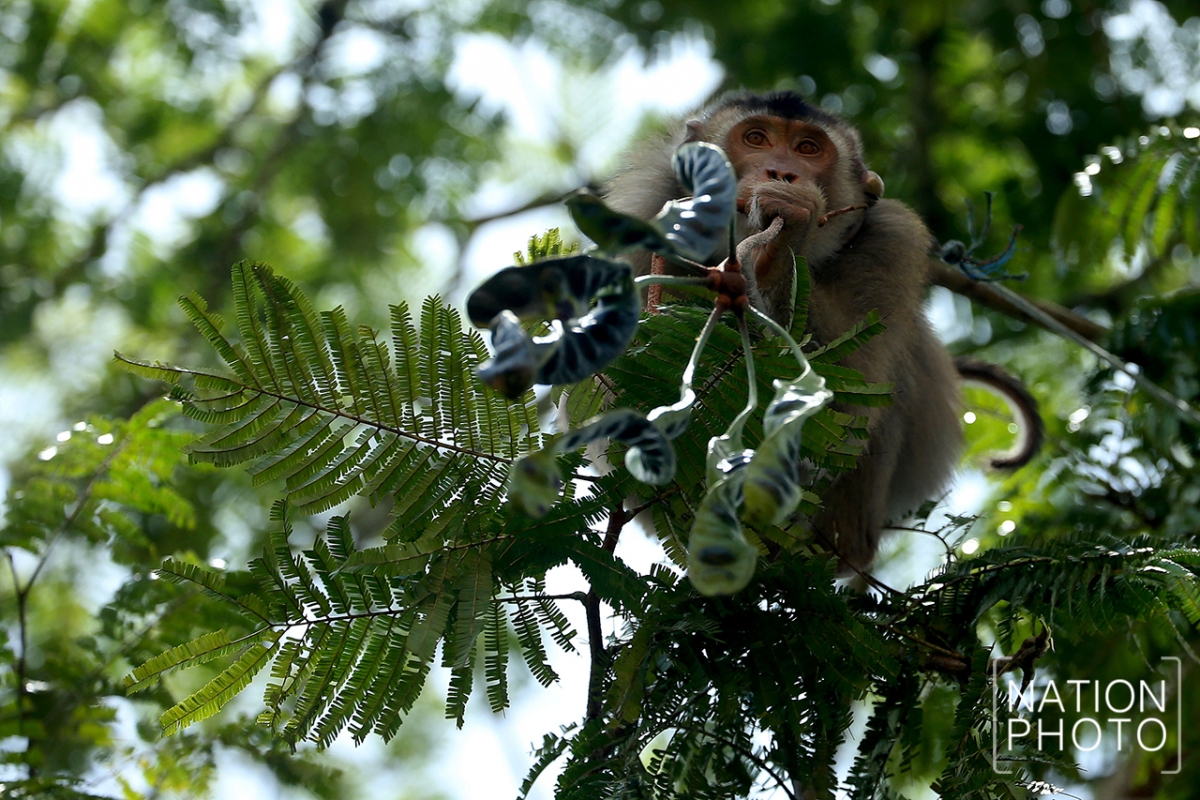 After Pud completed his work, he was rewarded with a carton of milk. 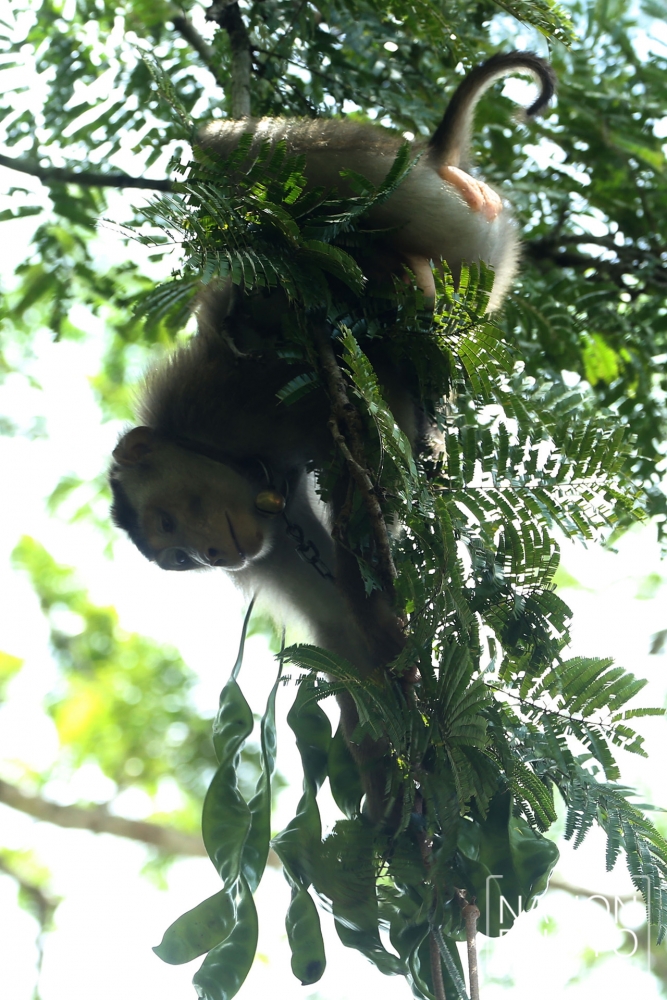