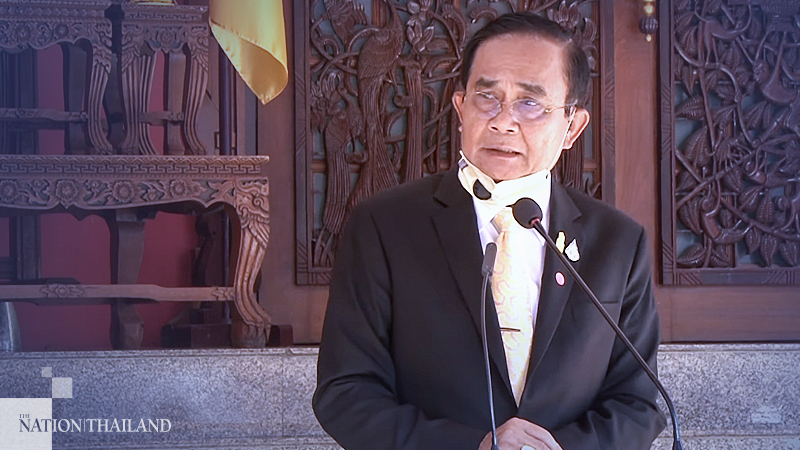 Prime Minister Prayut Chan-o-cha announces his plan to reshuffle the Cabinet after chairing a meeting of the National Security Council on July 9.

Prime Minister Prayut Chan-o-cha said he will reshuffle the Cabinet, after his four economics ministers resigned from the ruling Palang Pracharat Party.

Responding to the resignations, Prayut said that he respected the decisions. “But I have to move the country forward and will talk with coalition parties about a Cabinet reshuffle,” he said.

Prayut did not confirm a report that the Cabinet reshuffle would take place in September. He said the timing would depend on the political process which he would discuss with parties in the government coalition.

He confirmed that the four ministers who quit the party were under his quota when he accepted the post of premier a year ago.

Asked if the economic ministers would be reshuffled as well, Prayut said the whole Cabinet would be revamped. Those with the best performance could continue to work with him, he said.

Asked if outsiders will be invited to participate, he said that he would consider all options.

Prayut said the Council of Economic Ministers meeting on Friday (July 10) has been postponed so that he can meet with his team of economic advisers team instead tomorrow. He will then put their proposals to the Economic Ministers.

The economic ministers were due on Friday to discuss the latest economic situation and measures to support small and medium-sized enterprises. On July 24, they were scheduled to discuss delays in tourism recovery and the virus outbreak’s impact on employment.