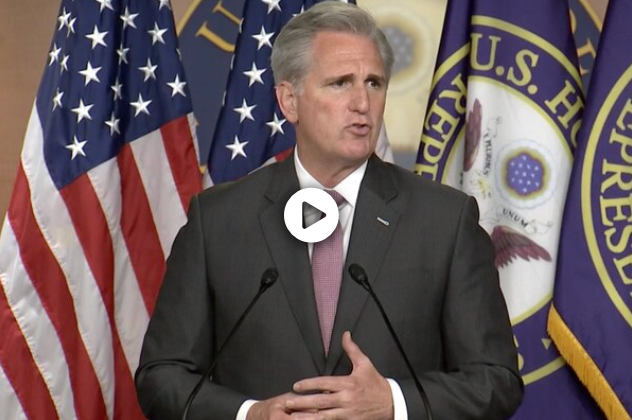 WASHINGTON - The Supreme Court on Thursday rejected President Donald Trump's bold claims of immunity from local law enforcement and congressional investigators, delivering a nuanced and likely landmark lesson on the separation of powers and limits of presidential authority.

In one of two lopsided 7-to-2 rulings, Chief Justice John Roberts Jr. rejected Trump's argument that he did not have to comply with a subpoena from Manhattan District Attorney Cyrus Vance Jr., and said Vance had authority to pursue the president's personal and business financial records.

In the other, the court said the restrictions the president proposed on congressional demands for private, nonprivileged information "risk seriously impeding Congress in carrying out its responsibilities."

Still, the court put a hold on the congressional subpoenas, suggesting overreach on the part of the lawmakers. The court sent the cases back to lower courts where, the justices said, Trump also could challenge the specifics of Vance's inquiry.

On the whole, the rulings were a disappointment for those who hoped to see the president's long-withheld financial records before November's election. But perhaps the court's more lasting message came in the first sentence of Trump v. Vance: "In our judicial system, 'the public has a right to every man's evidence,' " Roberts wrote, citing an ancient maxim. "Since the earliest days of the Republic, 'every man' has included the President of the United States."

Trump's nominees to the court, Justices Neil Gorsuch and Brett Kavanaugh, joined Roberts and the court's four liberals in the outcome of both cases. Justices Clarence Thomas and Samuel Alito Jr. dissented.

White House press secretary Kayleigh McEnany called the decisions a victory for the president, but Trump did not seem to agree, saying he was the victim of a "political prosecution" and that he was being treated worse than other presidents.

"Courts in the past have given 'broad deference'. BUT NOT ME!" Trump tweeted after the rulings.

In fact, although the court's examination of presidential power is rare, Thursday's decisions referenced the rulings that forced President Richard M. Nixon to turn over White House recordings in a criminal investigation, and President Bill Clinton's unsuccessful attempts to put off responding to a civil suit.

As in those cases, the current president's nominees to the court ruled against him. But Kavanaugh, joined by Gorsuch, wrote a concurring opinion in the Vance case that said the president still had options.

"The court today unanimously concludes that a president does not possess absolute immunity from a state criminal subpoena," Kavanaugh wrote, "but also unanimously agrees that this case should be remanded to the district court, where the president may raise constitutional and legal objections to the subpoena as appropriate."

Vance is investigating whether the Trump Organization falsified business records to conceal hush payments to two women - including pornographic film actress Stormy Daniels - who alleged they had affairs with Trump years ago. Trump has denied those claims.

"This is a tremendous victory for our nation's system of justice and its founding principle that no one - not even a president - is above the law," Vance said in a statement. "Our investigation, which was delayed for almost a year by this lawsuit, will resume, guided as always by the grand jury's solemn obligation to follow the law and the facts, wherever they may lead."

The president's lawyer, Jay Sekulow, countered: "We are pleased that in the decisions issued today, the Supreme Court has temporarily blocked both Congress and New York prosecutors from obtaining the president's tax records. We will now proceed to raise additional constitutional and legal issues in the lower courts."

In the Vance case, Roberts's opinion was joined by Justices Ruth Bader Ginsburg, Stephen Breyer, Sonia Sotomayor and Elena Kagan. They concluded the president "is neither absolutely immune from state criminal subpoenas seeking his private papers nor entitled to a heightened standard of need."

Trump's lawyers had argued in lower court that the president was so immune to local law enforcement that it could not investigate the president were he to shoot someone in the street.

At the Supreme Court, they argued that having to comply with a state criminal subpoena would be an intolerable distraction to doing important work for the nation, would undermine his leadership abilities and stature in the world and subject him to harassment.

Roberts said the court's precedents had made all three arguments unavailable to him, and the question was whether a state subpoena was different from a federal one, with which the court already has ruled a president must comply.

Alito dissented on that. "Never before has a local prosecutor subpoenaed the records of a sitting president," he wrote. "The court's decision threatens to impair the functioning of the presidency and provides no real protection against the use of the subpoena power by the nation's 2,300+ local prosecutors."

Thomas would give the president more leeway to argue that the job deserves his "whole time" and the subpoena should not be enforced. (Roberts said there was "little daylight" between the majority opinion and Thomas's dissent.)

In the congressional case, the court tried to strike a balance between the chief executive and Congress, while lamenting that it had to get involved in the first place.

Roberts wrote that the court was wary because the case was "the first of its kind to reach this court; that disputes of this sort can raise important issues concerning relations between the branches; that related disputes involving congressional efforts to seek official Executive Branch information recur on a regular basis, including in the context of deeply partisan controversy; and that Congress and the Executive have nonetheless managed for over two centuries to resolve such disputes among themselves without the benefit of guidance from us."

While the House presented the issue as routine, Roberts wrote, the court would have to be "blind" not to see "the subpoenas do not represent a run-of-the-mill legislative effort but rather a clash between rival branches of government over records of intense political interest for all involved."

The court reinforced Congress's broad investigative power, but said such authority is not limitless and must be more targeted when it comes to subpoenas for a president's personal information.

The majority devised a new four-part test for courts to analyze the validity of subpoenas aimed at the president.

There might be other considerations courts should consider as well, Roberts wrote: "one case every two centuries does not afford enough experience for an exhaustive list."

But he said lower courts that found the House subpoenas were authorized did not pay enough attention to the "significant" separation-of-powers issues.

At the same time, the court rejected the administration's view of how limited Congress's inquiries may be.

"The standards proposed by the president and the solicitor general - if applied outside the context of privileged information - would risk seriously impeding Congress in carrying out its responsibilities," the court said.

In dissent, Thomas said congressional subpoenas of the executive should come only in service of impeachment proceedings. Alito said "legislative subpoenas for a president's personal documents are inherently suspicious," and the court majority did not go far enough in its requirements to lower courts evaluating them.

House Democrats called the decision a win, but one with a cost.

"While defeated on his claim that he's above the law, Trump is now beyond the law until after November," said Rep. Lloyd Doggett, D-Texas, a member of the House Ways and Means Committee, which requested Trump's tax returns. "He may not be able to outrun the law, but he's outrunning the clock."

The battle over the documents comes in part because Trump, unlike every president since Jimmy Carter, has not voluntarily turned over his tax returns.

Vance is seeking those, although with other records.

Separately, three House committees have sought to bypass the president to obtain his financial records from his longtime accounting firm, Mazars USA, and financial institutions. The committees, all controlled by Democrats, say they are needed to check Trump's financial disclosures and inform whether conflict-of-interest laws are tough enough.

Lawmakers' line of investigation is more expansive than the district attorney's. They have demanded information "about seven business entities, as well as the personal accounts of President Trump, Donald Trump Jr., Eric Trump, and Ivanka Trump," according to the brief filed by the president's private lawyers.

Federal judges in New York and the District of Columbia repeatedly ruled against Trump and to uphold Congress's broad investigative powers.