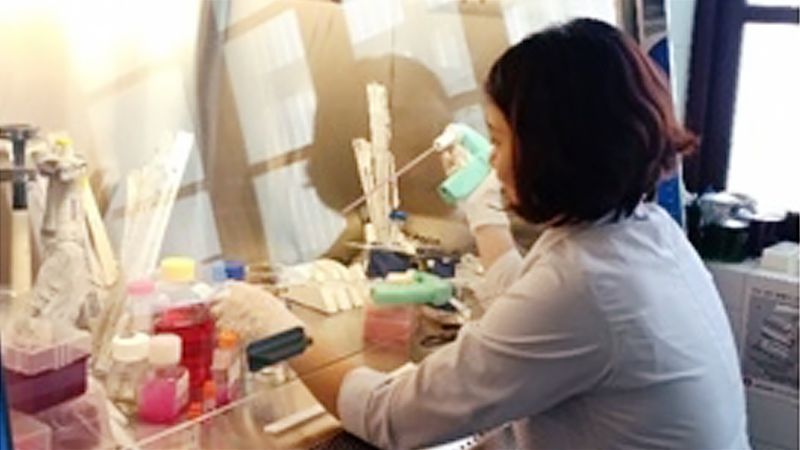 HÀ NỘI —  Scientists of the Vietnam Academy of Science and Technology (VAST) have succeeded in synthesising platinum complexes which have cytotoxicity on cancer cells and have the potential for treating cancer.

The research was recognised as outstanding and accepted by VAST's Appraisal Council on June 18.

“Cancer is on the rise in Việt Nam and around the world. Although scientists have made great efforts in producing anti-cancer drugs, they have not met demand and the mortality rate among cancer patients is still high,” said Nguyễn Quang Trung, from the Institute of Chemistry of VAST, the leading author of the research.

A research paper entitled Synthesis, characterization and In Vitro Cytotoxicity of Palatinum (II) complexes with Some Tetradentate Salen Ligands was published in Science Journal of Chemistry on July 1 last year.

Cisplatin is a widely used drug across the world for the treatment of various cancers including ovarian and testicular cancer. However, it has severe side effects and drug resistance.

Medical chemists are exploring to overcome these obstacles by developing new platinum complexes which have different structural features and reactivities.

Trung and his colleagues have tried to create the platinum complexes that are effective in cancer treatment but minimise the side effects on patients.

In the research, they evaluated the invitro cytotoxicity of platinum complexes on human epidermoid carcinoma cells and breast cancer cells. The results showed the complexes have positive effect on cancer cells.

“These research results have strengthened and developed the direction of inorganic biochemical research in Việt Nam, contributing to improving the skills of synthesising ligands and complexes for researchers,” Trung said.

He also said it would help enhance capacity for studying the characterisation of platinum complex, especially cytotoxicity to cancer cells. —  VNS