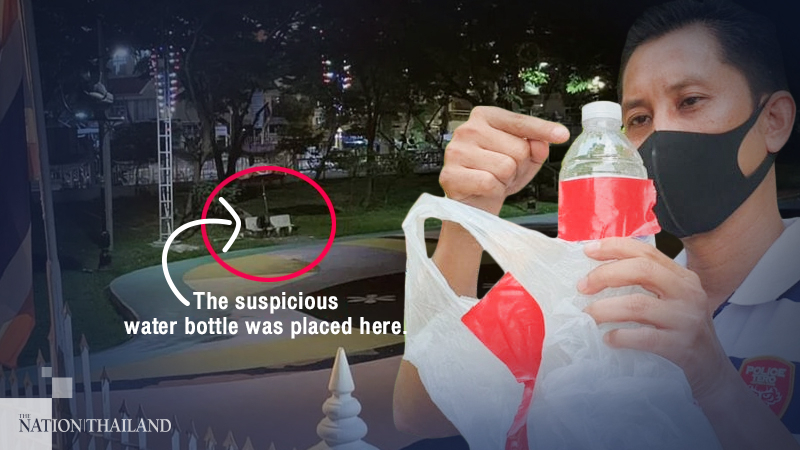 Sex rather than theft was likely the motivation behind the curious cases of spiked water bottles of joggers at a public park in Nonthaburi province.

Police on Friday (July 10) announced progress in investigation into the cases at the park in front of Nonthaburi City Hall following reports last month of joggers being hospitalised after drinking water from their bottles. Tests showed the water had been spiked with xylazine, likely by using a syringe needle. Xylazine is an anaesthesia used by veterinarians for animals such as cattle, but preferred for cats.

“Two similar incidents were reported on June 15 and 19, and both victims were males aged 43 and 42 respectively,” said the police. “They suffered from blurred vision, shortness of breath and vomiting after drinking water from their bottle before passing out and had to be hospitalised. Preliminary investigation on the water bottles and the victims' urine found traces of xylazine.”

Police said they had been working with local administration offices who told them the public park was a known meet-up place for homosexual men. Since the victims did not report any valuable items stolen, officials believed sex was the motivation. “We have investigated nine suspects who were frequently visiting the park, all are male and were carrying items such as condoms, lubricant gels as well as homosexual video clips on their phones,” said the police. “All the suspects are booked and their DNA has been collected to test if it matches that found on the water bottle. We should have the testing results soon.”

Nonthaburi Governor Sujin Chaichumsak said that upon being alerted to the incidents he had ordered municipal officials to deploy surveillance staff in the park and other public parks in Nonthaburi to prevent such incidents from happening again. “We have also installed more lighting and CCTV cameras in suspected areas to ensure people’s safety,” he added.