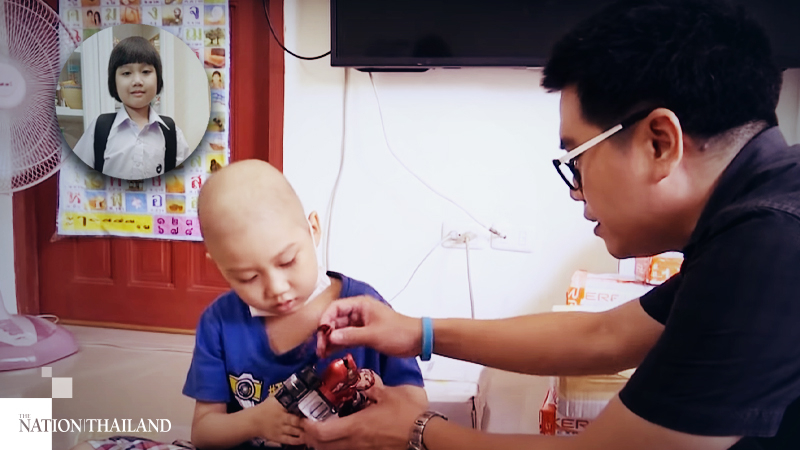 A man who appealed for donation of Gundam model kits for his son, who suffered from leukaemia, has thanked people for the generous response.

On June 5 last year, the story of Nattapol Komolthon, who posted on Facebook asking netizens to donate the model kits for his son Toby went viral and moved many people to send the kits.

Recently, Nattapol posted on Facebook stating that the doctor has allowed Toby to go to school after he was forced to stop studying for one year and half.

"For parents, almost losing their son to leukaemia is very painful," he said. "However, the assistance from many people has encouraged Toby to wear his school uniform and return to school."

He explained that since his son took the treatment, his family had to face many difficulties, adding that encouragement is very important during that situation.

"Therefore, I would like to thank doctors, relatives, and donors who encouraged Toby until his symptoms began to improve. I promise that I will take care of Toby and my family as best as I can," he said.

He added that Toby must take the treatment for at least another year and a half.

"Currently, the Gundam model kits that everyone sent to Toby are still encouraging him to overcome the disease and he is very happy when he plays with these kits," he added.