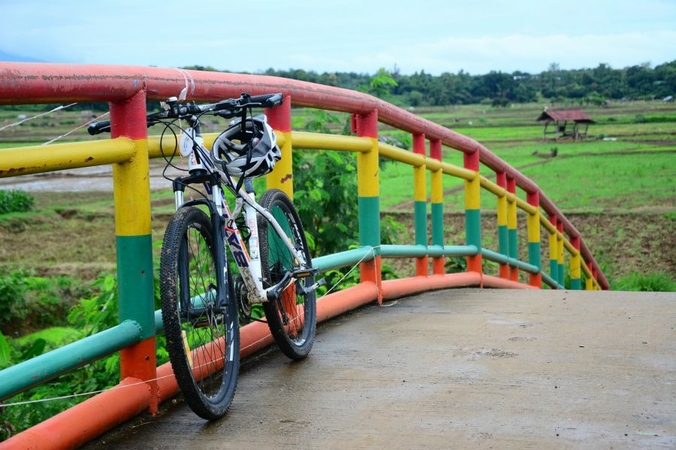 Some people may think the rainy season is not suitable for travelling, but in fact it is a time one can enjoy the wonders of nature when everything outdoors seems to be dyed in green. 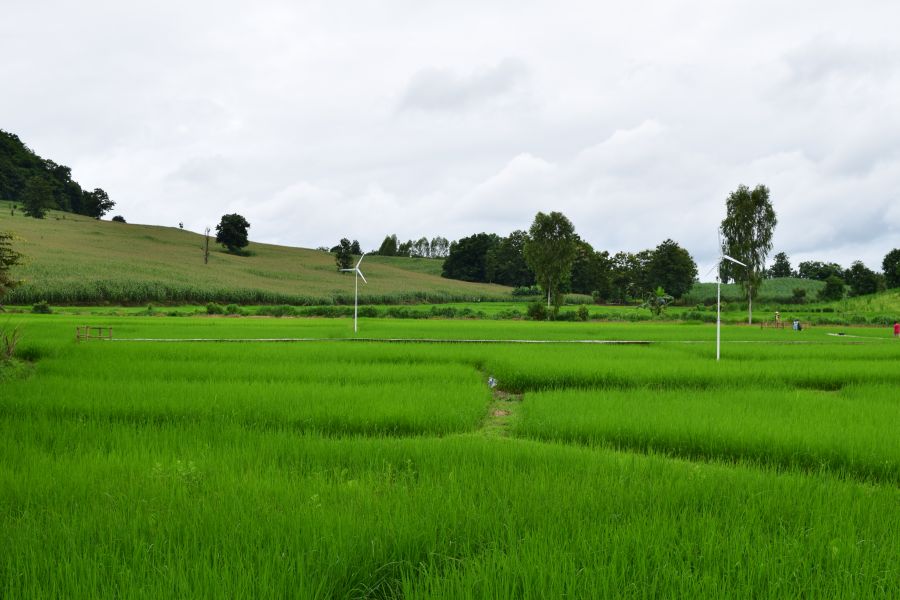 The first place to be recommended for travelling in this season is Chiang Klang district in Nan province. In the district, as well as other areas of the province, the farm fields are lush green against the backdrop of the majestic mountains. 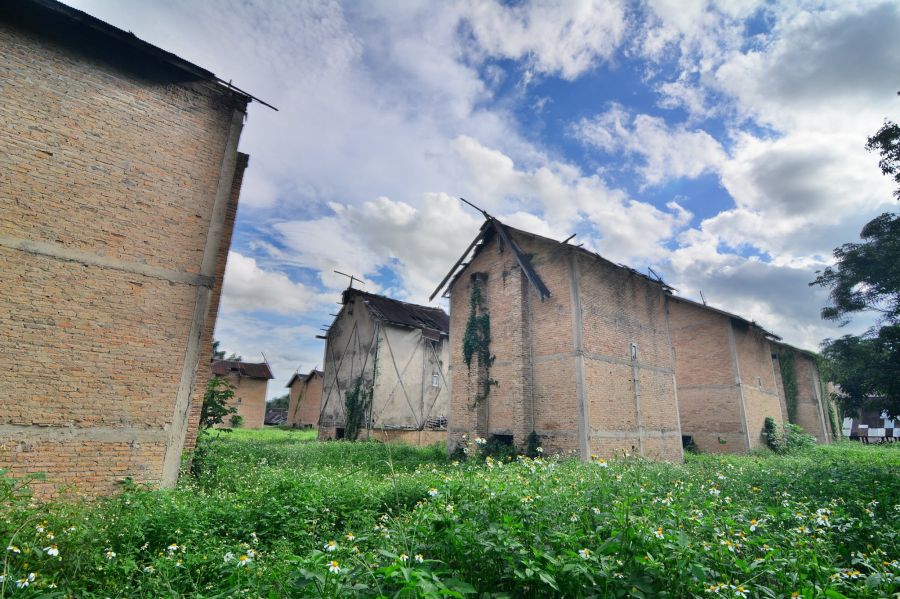 One of Chiang Klang’s attraction is the tobacco curing plants, located in the Ban Sop Kon area. The curing factories are old, brick buildings, built in 1950. In the past, tobacco farming was an important part of the farming culture in Nan. 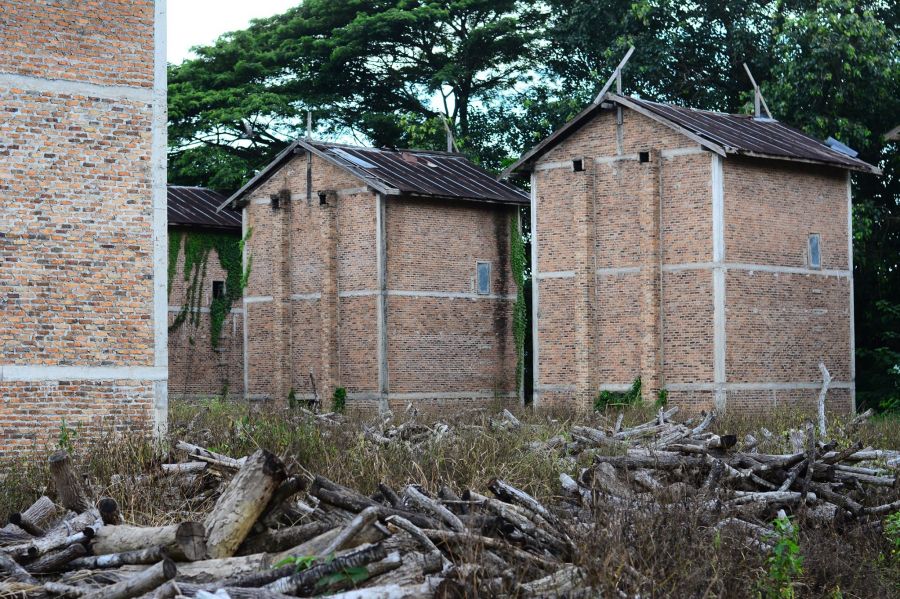 The plants nowadays are used as a tourist attraction, offering a beautiful location for photography and sometimes pre-wedding photography. 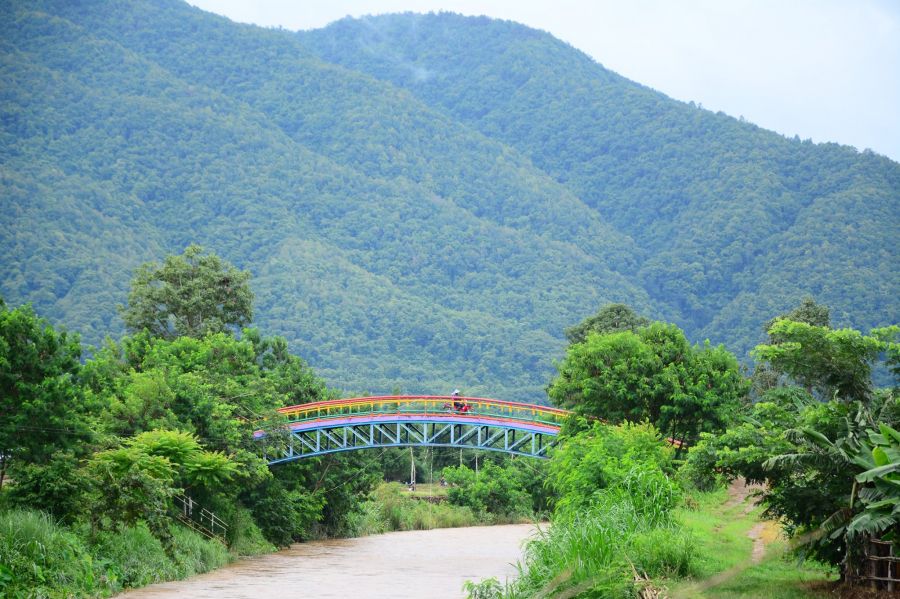 Another attraction of the district is "Sanambin Lek" (the iron airport), the old airport constructed in 1963 to transport assault weapons for soldiers for their fight against communists in Thailand.

The officials mentioned that this airport was available for air operations, although it was too old and rusty. 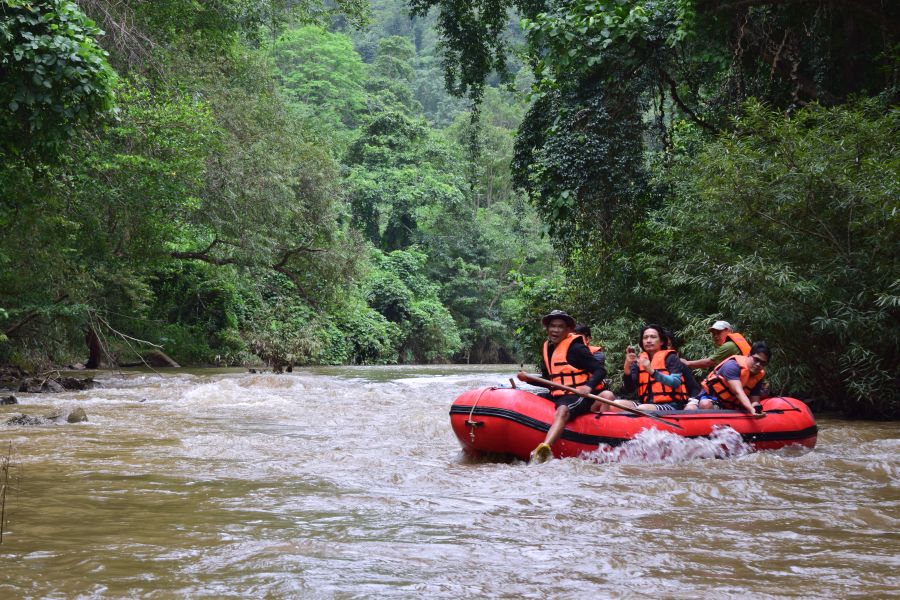 From Nan's Chiang Klang  one moves to another green district, Tak's Mae Sot, which offers great visuals for tourists.

There are nature thrill activities you can engage in, such as rafting and hiking. Juean, or Roger as he is called by foreign tourists, is an old hunter who became a famous local guide working for the ‘Mae La Mao Eco Tour’ agency. 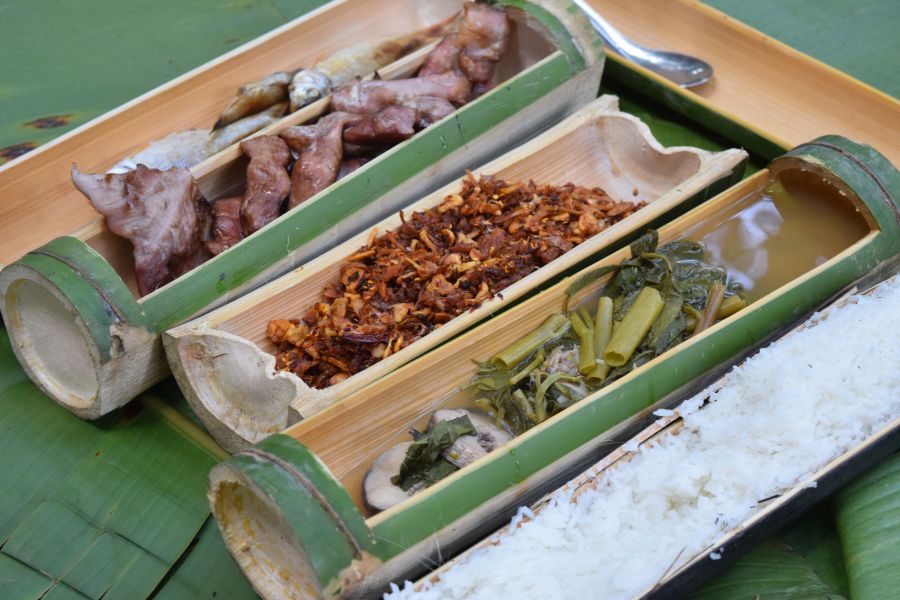 Far from the rafting site, around 100 kilometres away, is the Arokaya Pong Kham Ram (aka Arokaya Onsen Village). The village is famous for its hot spring, which is enriched with calcium and magnesium. 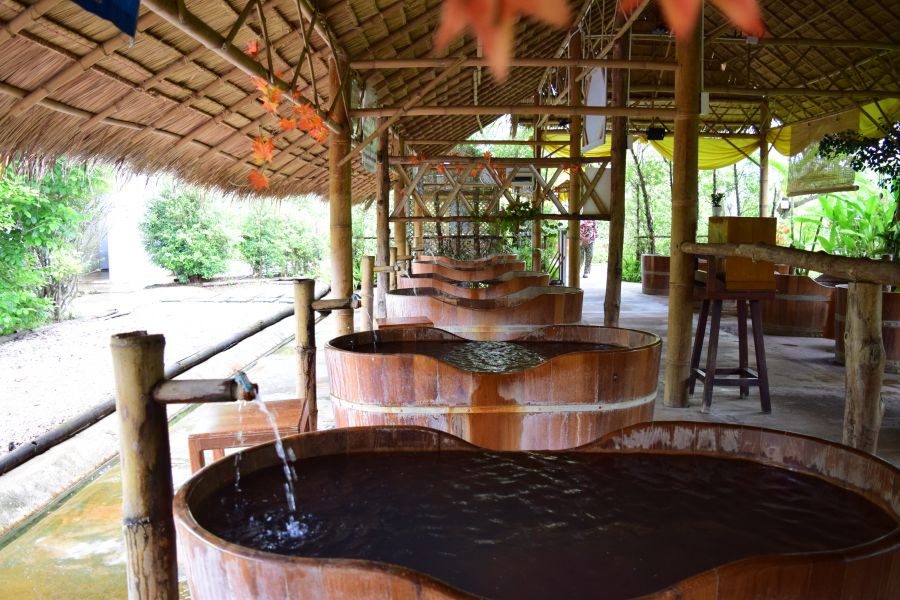 However, visitors are advised not to stay in the hot water for more than 30 minutes, as it would harm their health, and even make them lose consciousness.

In addition to the onsen service is Thai-traditional massage and herbal spa services. The spa also has a café to serve visitors. 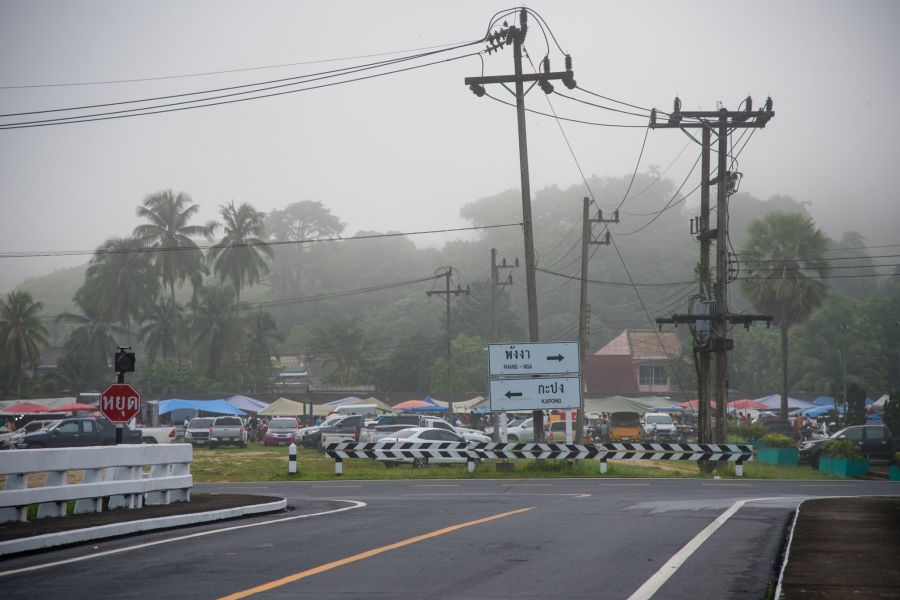 The last recommended area in this green season is Kapong district of Phang-Nga province. This area is full of attractions, erasing the doubts of those who wonder whether there are interesting places in the South for tourism in the rainy season. 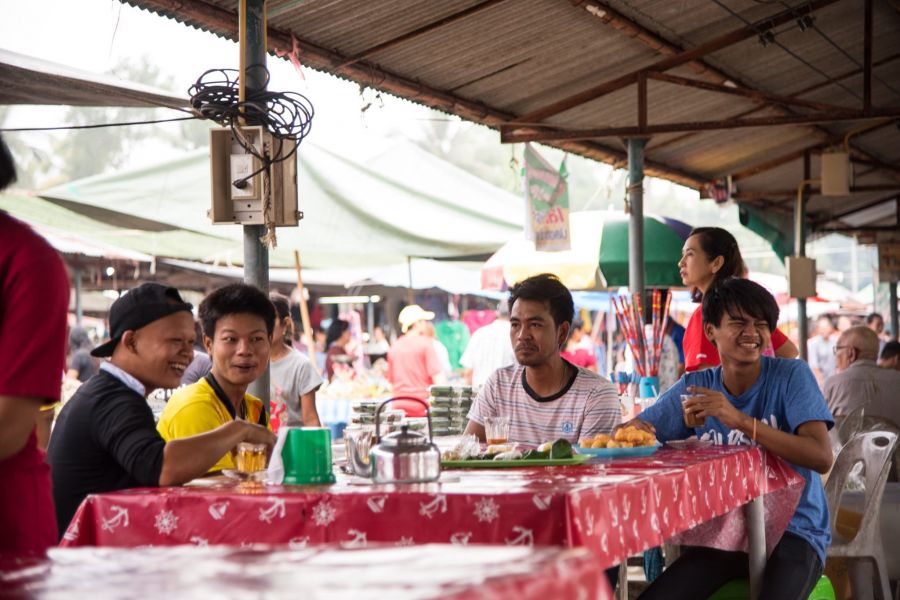 The charm of Kapong is visible in the morning, as fog hangs in the air in the current month. Locals here also start their day early. Their destination on Sundays is the "Pak Tak Flea Market", which is covered by fog. 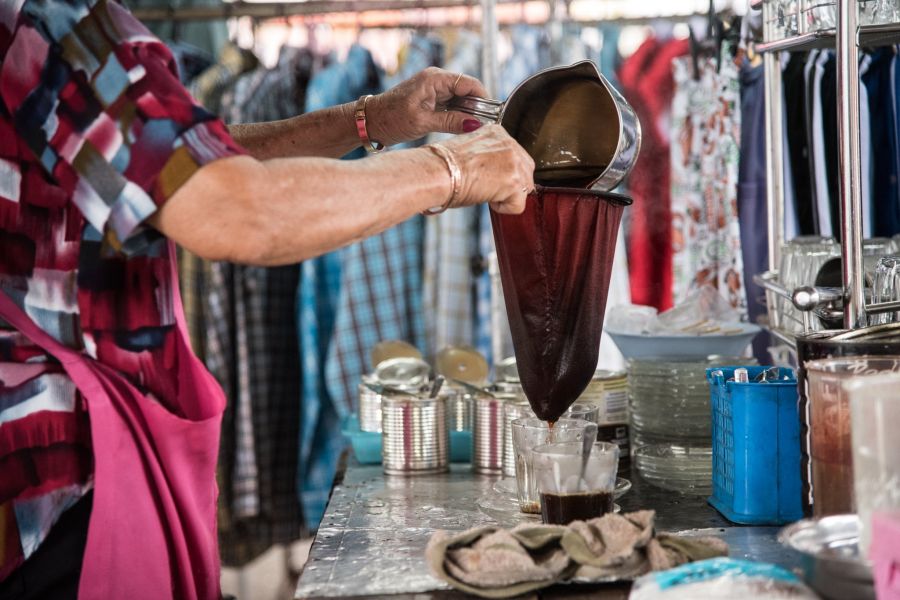 Their shopping time continues for a while before they leave the market, while the fog ebbs gradually as more sunlight filters through. 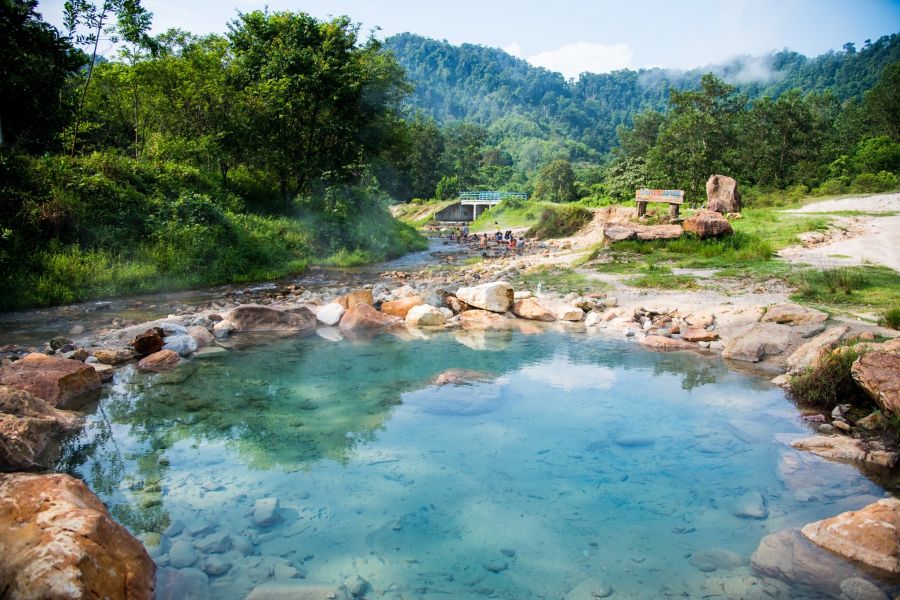 Near the market is Kapong Canal, a natural water canal, flanked by forests and farms. The water of this canal is famous for being very clear while the atmosphere around is very fresh and natural.

The most prominent attraction of Kapong district is "Plai Poo Hot Spring". This natural spring consists of big and small wells. The cool water stream located nearby differentiates this spring from the others. 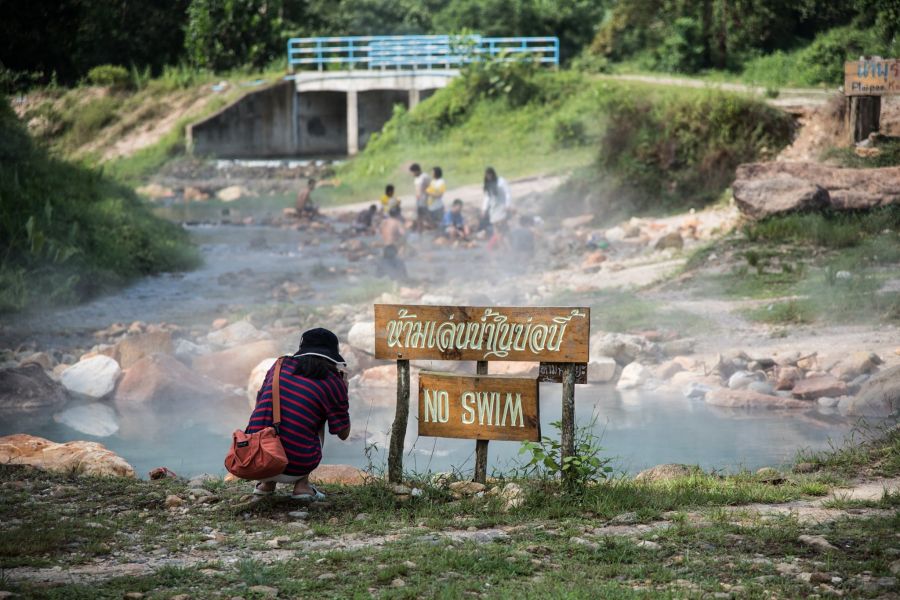 The average temperature at the hot spring is around 75 degrees Celsius.