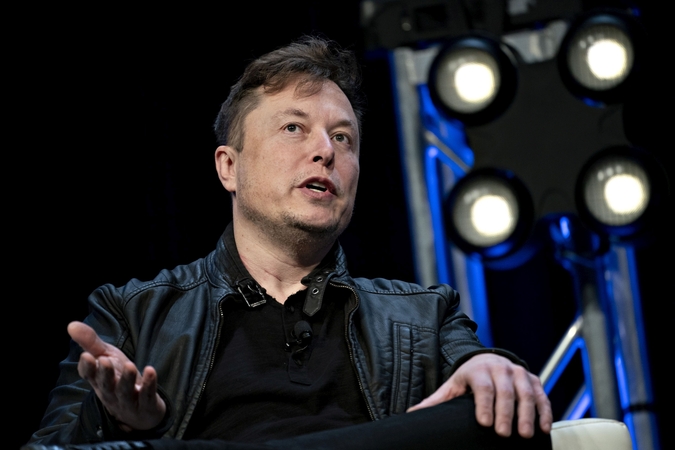 The fortune of Tesla's chief executive officer rose $6.1 billion on Friday, according to the Bloomberg Billionaires Index, after the carmaker's stock surged 11%. Musk is now the world's seventh-richest person, also ahead of tech titans Larry Ellison and Sergey Brin.

The 49-year-old owns about a fifth of Tesla's outstanding stock, which comprises the bulk of his $70.5 billion fortune. His majority ownership of closely held SpaceX accounts for about $15 billion.

Shares of the electric-car maker have risen 269% this year. The company's booming valuation helped Musk land a $595 million payday, making him the highest-paid CEO in the U.S.

Musk is the latest tech entrepreneur to rise above Buffett in the ranks of the world's richest. Steve Ballmer, the former Microsoft CEO, and Google's co-founders Larry Page and Brin also have leapfrogged the Oracle of Omaha. And Indian tycoon Mukesh Ambani surpassed Buffett this week.

Mike Novogratz, the longtime money manager who now runs digital currency investor Galaxy Digital Holdings, warned that valuations of technology companies are getting way too high and that small investors should get out of the market before it crashes.

"We are in irrational exuberance -- this is a bubble," he said Friday in a Bloomberg Television interview. "The economy is grinding, slowing down, we're lurching in and out of Covid, yet the tech market makes new highs every day. That's a classic speculative bubble."

Surpassing Buffett may be especially sweet for Musk. In an interview in May, he told comedian Joe Rogan that he wasn't "the biggest fan" of his fellow billionaire. "He's trying to find out does Coke or Pepsi deserve more capital? I mean that's kind of a boring job, if you ask me," Musk said.

Buffett has also criticized Musk, saying last year that although Musk was "a remarkable guy," he had "room for improvement" in behaving like a CEO, singling out his tweeting habits.

Buffett's fortune dropped earlier this week when he donated $2.9 billion to charity. The 89-year-old has given away more than $37 billion of Berkshire Hathaway shares since 2006. The company's stock performance has also underwhelmed recently.