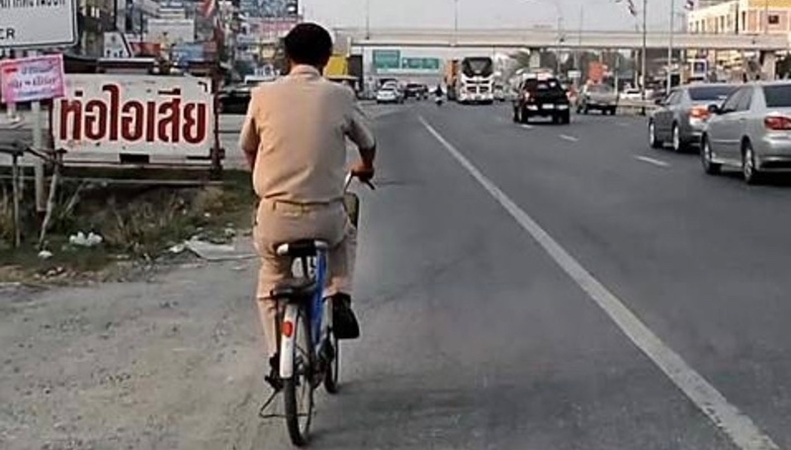 A much-loved teacher, 56, in Chonburi province, who became famous for his dedication to his profession, succumbed to a heart attack.

Students and staff of Saensuk School in Chonburi on Saturday (July 11) attended the funeral of Jakkrapong Rattanasongkhram.

Jakkrapong came to public notice in 2017, as he used to ride a broken bike 16 kilometres to school.

Because of low income and having to take care of a family, he rode the same broken bike for 10 years.

The chief of Samet subdistrict was impressed by his dedication and bought him a new bike.

Jakkrapong was fighting a heart disease in recent times and was sent to hospital when his heart stopped beating while he was alone in his house.

He stayed in Burapha University’s hospital for four days before he passed away, leaving his students and peers in grief.

His parents and his niece agreed to preserve both of his bikes in his memory.