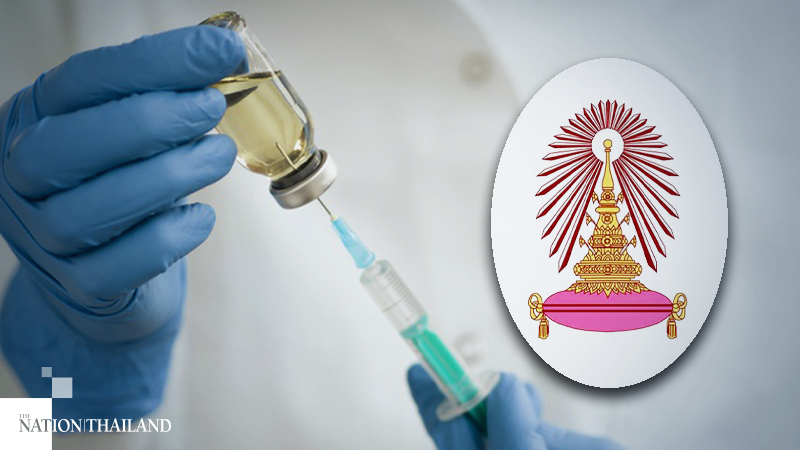 The Chulalongkorn research team developing a vaccine against Covid-19 revealed on Sunday that experiments on monkeys had been successful but human testing might be possible only by the end of the year.

They also have to wait for FDA approval while saying that volunteers could be signed up in September.

Prof Kiat said that Chula-Covid19 is an mRNA vaccine produced from the genetic material of some new strains of the coronavirus. When parts of this genetic material are injected into the body, they will be transformed into proteins to stimulate the creation of antibodies that would help fight the virus. Blood test results after the second vaccination of Chula-Covid19 at the National Primate Research Centre, Chulalongkorn University, for two weeks found that every monkey that received the vaccine had an increased level of immunity to a very high level of immunity, exceeding the expected level. However, injections in humans might not have the same result, and it may cause the auto-immune action to be approximately 70 times lower than in monkeys, they added.

"Within the next week, we will select two vaccines which are slightly different in genetic parts to deliver to two production plants in foreign countries. The first plant will produce a vaccine biopsy, expected to be complete in early October. After that, we will ask the factory No. 2 to produce vaccine-coated fat parts around November 2020. Then we will proceed with injections in phase 1 and the next phases. We have prepared about 10,000 doses for the volunteers, for an estimated 5,000 people. If the test is successful, the vaccine would be ready for use in people around the third or fourth quarter of next year.”

Dr Kiat said further that the human trial will be divided into three phases. The first phase would be by the end of 2020. The test is divided into different age groups. The first group would be aged 18-60 years, consisting of 75 people, receiving doses of at least 10, 30 and 100 micrograms of vaccines for each group of 15 people. They would start with 10 doses of 10mcg first.

Currently, there are around 18 mRNA vaccine developers around the world, but four of them are six months ahead of Thailand. Therefore, it is expected that one reseach will be successful at the beginning of next year and will be certified by the Food and Drug Administration of America and Europe. By then, the Thai FDA would pass the human trial in phase 3, it will reduce the time required for this phase by 9-12 months, speeding up availability of the vaccine. However, he said the government should be prepared to purchase vaccines from foreign countries as well.

"I would like to emphasise that we have not announced the voluntary participation at this time because we have to wait for FDA approval as well as approval from the Human Ethics Committee. Initially, it is expected that the official announcement seeking volunteers would be made around September. We must ensure safety first. No Thais should be at risk," Dr Kiat said.