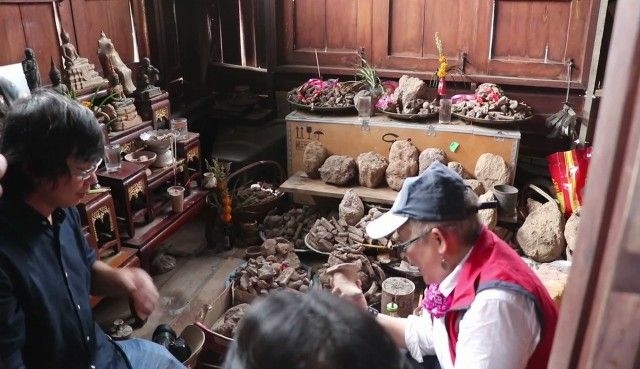 Ang Thong Deputy Governor Pongphan Wichiansamut together with Assoc Prof Rasmi Shoocongdej from the Fine Arts Department visited a house where antiques were reportedly found yesterday (July 12) to see and check them. 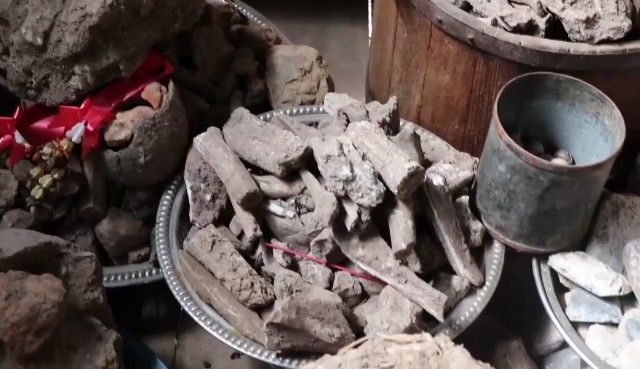 The house is located in the province’s Sawaeng Ha district.

Owner Somkiet said he was digging the soil around his house for agricultural purposes when he discovered the antiques, including skulls, animal fossils, earthenware and bronze axes. 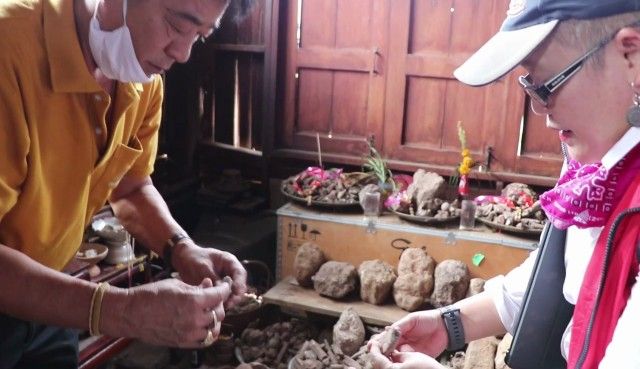 He immediately informed local officials of the find, asking them to come and carry out a check.

After an initial inspection, Rasmi said the area where the antiques were discovered was possibly a prehistoric, archaeological site dating back 3,000 years. He said he would ask his department to conduct a further investigation. Meanwhile, Deputy Governor Pongphan said the site would be developed into a tourist attraction if further inspections showed the area was indeed a true prehistoric site.