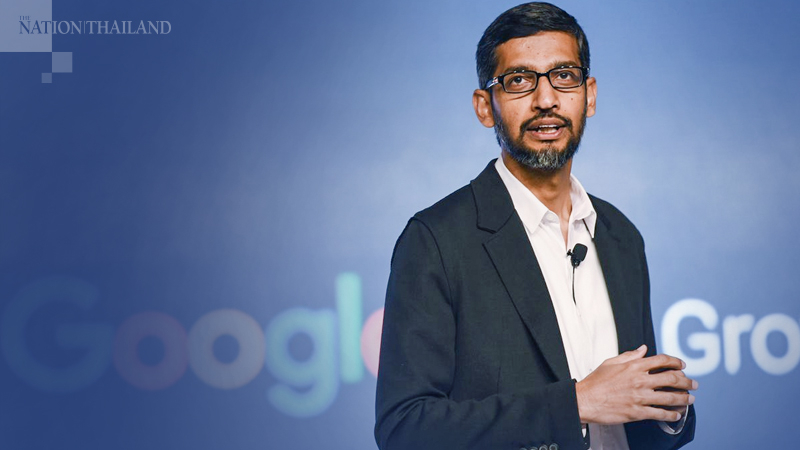 Google said it plans to spend $10 billion over the next five to seven years to help accelerate the adoption of digital technologies in India.

Sundar Pichai, who was born in the country and is now chief executive officer of parent Alphabet Inc., made the announcement at the annual Google for India event via video conference. He said the outbreak of the coronavirus has made clear the importance of technology for conducting business and for connecting with friends and family.

"This is a reflection of our confidence in the future of India and its digital economy," he said of the India Digitization Fund.

The $10 billion will be invested in partnerships, operations, infrastructure, the digital ecosystem and equity investments. Google said the effort will focus on several key areas:

- Enabling affordable access and information for every Indian in their own language, including Hindi, Tamil and Punjabi

- Empowering businesses as they continue or embark on their digital transformation

- Leveraging technology and artificial intelligence for social good, in areas like health, education, and agriculture

Google, founded in 1998 in Silicon Valley, entered India six years later with offices in Bangalore and Hyderabad. Its focus at the time was search services to help people find relevant information on everything from Bollywood news to cricket scores, Pichai said.

The India business has since grown into one of the company's most important. The country now has more than 500 million internet users, second only to China, with growth that has drawn all the American technology giants.

The U.S. search giant has show signs of struggling in other markets in recent months. In April, Pichai told employees in an email that Alphabet would slow hiring for the remainder of the year as it battled an advertising slowdown from the coronavirus.

"The entire global economy is hurting, and Google and Alphabet are not immune to the effects of this global pandemic," he wrote.

This month, Google abandoned plans to offer a new cloud service in China and other politically sensitive countries due in part due to concerns over geopolitical tensions and the pandemic, Bloomberg News reported.

Meanwhile, India has seen a surge of foreign interest in its digital economy. In the past few months, investors including Facebook Inc., Qualcomm Inc. and Intel Corp. have put about $16 billion in the digital services unit of India's largest conglomerate, the retail-to-telecom giant Reliance Industries Ltd.

Google, Facebook, Amazon.com Inc. and others are plowing billions into the market to gain users and set the foundation for future revenue growth. The country is fertile ground as the companies vie to become the gateway for first-time internet users going online to buy products, stream content, find information and make payments.

In the last decade, Google has successfully launched several products in India, including a Google internet Saathi service to bring women in rural areas online and its popular Google Pay service.

"This mission is deeply personal to me," Pichai said. "When I was young, every new piece of technology brought new opportunities to learn and grow. But I always had to wait for it to arrive from someplace else. Today, people in India no longer have to wait for technology."