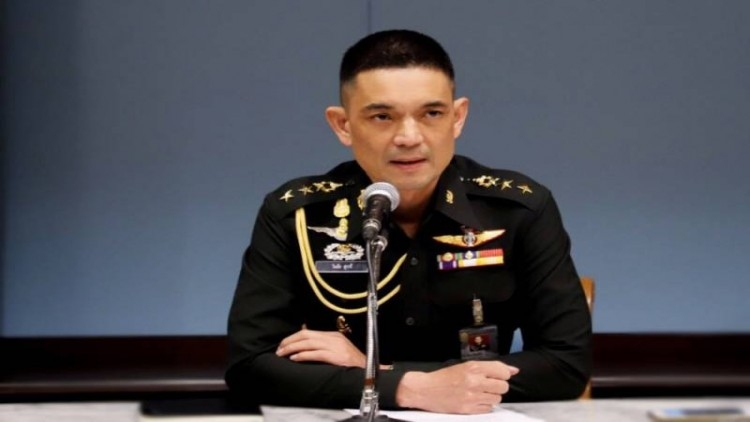 The Army has denied responsibility for the visiting Egyptian soldier who visited a Rayong shopping centre before testing positive for Covid-19. The case caused uproar among Thai citizens, who targeted the Army with a flood of social media criticism for allowing the soldier into the country at a time when most foreigners are banned entry.

However, Army spokesman Colonel Winthai Suwaree said today that the military were not responsible for inviting the Egyptian soldier.

Winthai said the soldier and other members of his delegation passed the criteria for 11 types of foreigner allowed to access Thailand. None of the delegation had to undergo quarantine.

“We see that people are criticising the Army or its commander for helping to allow an Egyptian soldier to transfer to Thailand. We would like to inform you that this piece of information is not true. Please do not believe people who have an agenda to attack the Army,” read the post.

The Army PR team advised the public to follow updates from the Centre for Covid-19 Situation Administration (CCSA), which would inform people about the case soon.

The soldier arrived at U-Tapao Airport on Wednesday before testing positive for the virus on Sunday. Authorities have not released the name of the shopping centre he visited. He was one of three new Covid-19 cases confirmed by the CCSA today.

More groups of foreigners to be allowed entry from tomorrow