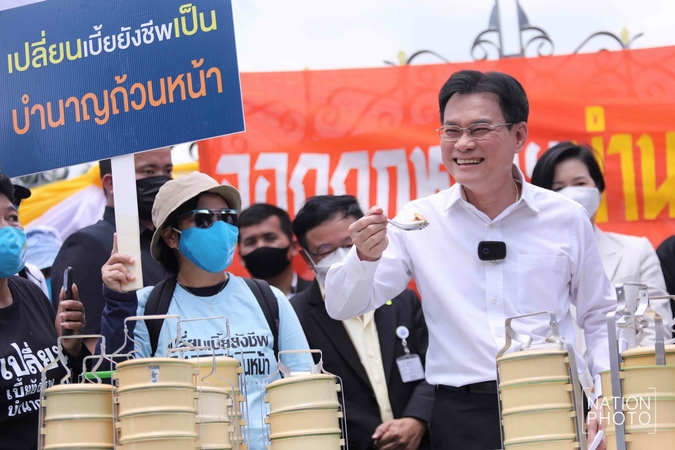 Commerce Minister Jurin Laksanawisit tastes some of the food offered by representatives of People’s Network for Welfare State, who had gathered outside Government House on Monday (July 13) to ask that their proposed “pension for all” be put on the House of Representatives agenda. 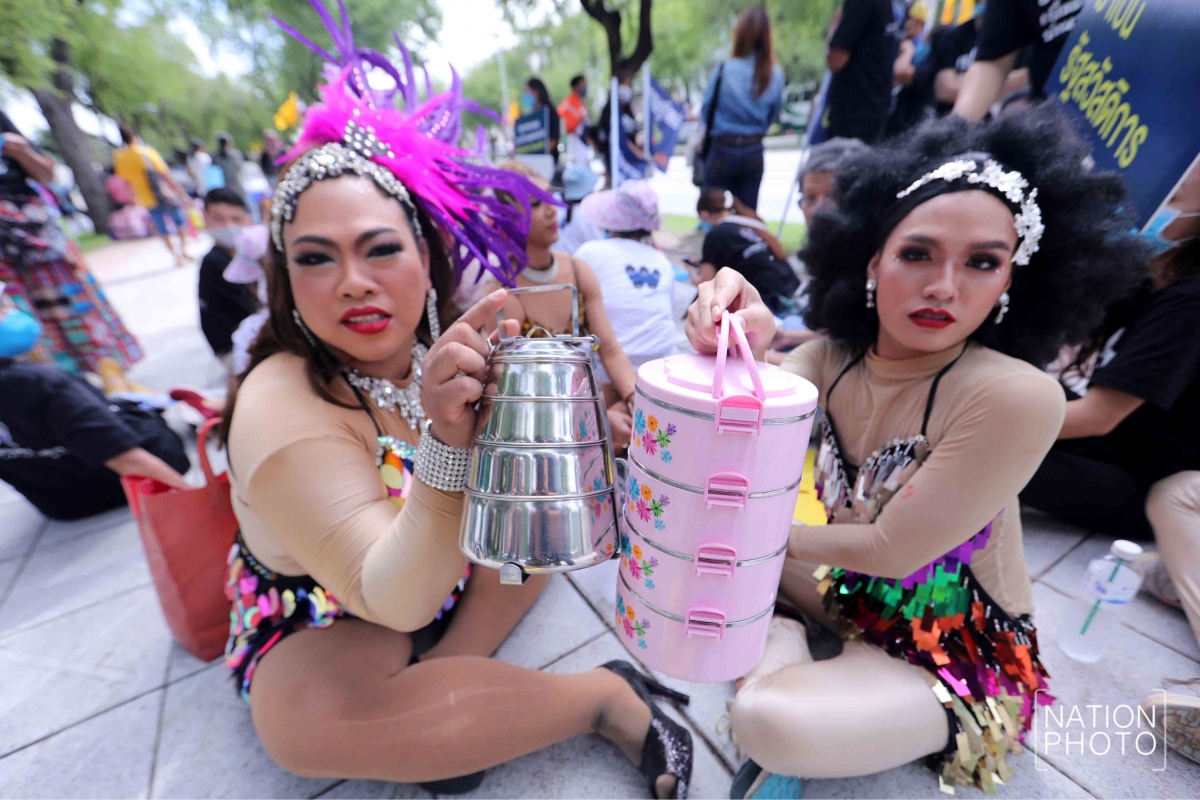 They said that pushing this proposal through will guarantee the well-being of every Thai when they turn 60. 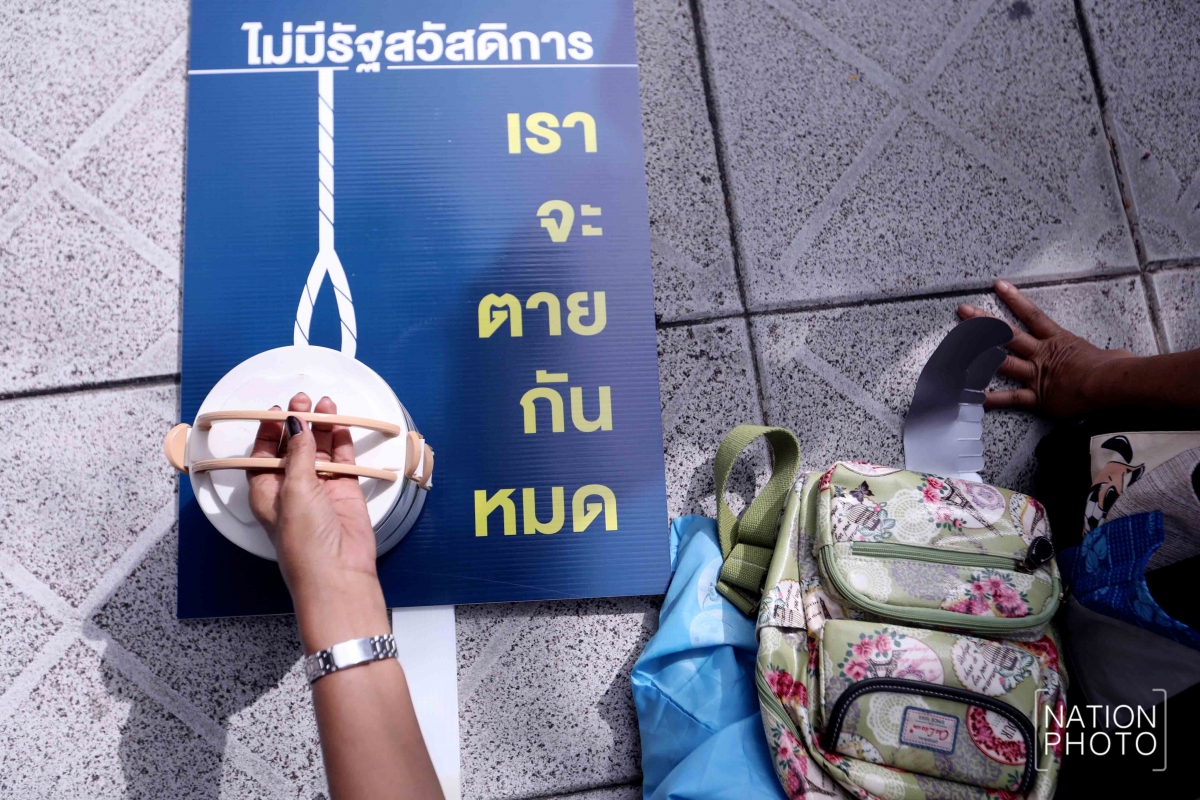 The proposal for a national pension act had been signed by 13,000 people before being handed in four months ago. 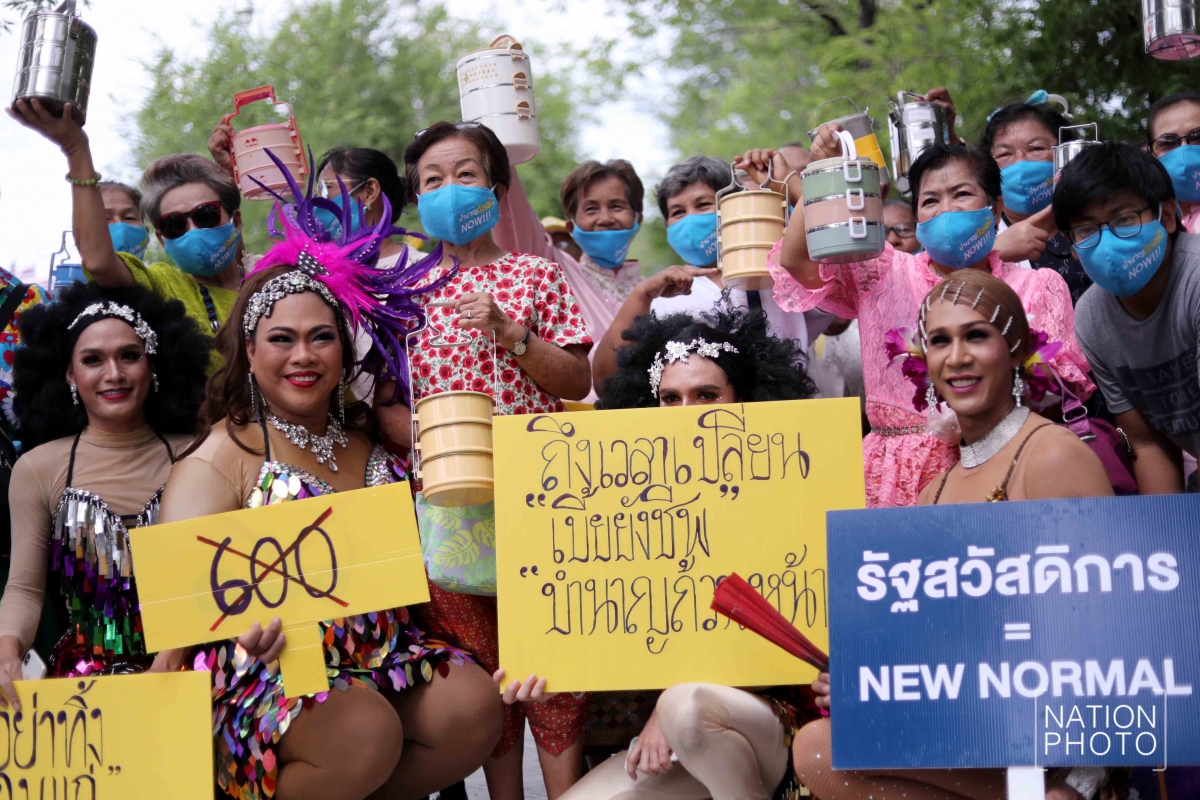 Jurin said he will pass the request on to the Office of the Prime Minister and that the proposal will be considered in line with the Constitution.