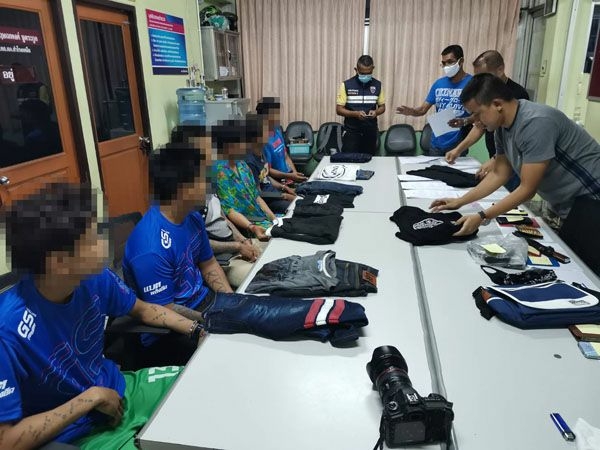 Samut Prakan police said the six have been charged of killing another Myanmar man, aged 19, adding that they have also found the foot-long knife that was used. 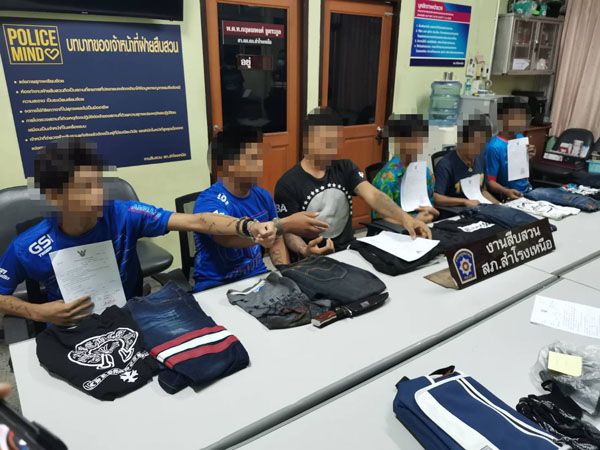 On Sunday, it was reported that a migrant worker had been stabbed at the entrance of Imperial World Samrong shopping mall. The man died later.

Witnesses told police that the killer and his accomplices were Myanmar migrants, who fled after the attack.

Police identified the men from images captured via CCTV and contacted the Samut Prakan Immigration Office to track them down. Border checkpoints were also notified of the six suspects. 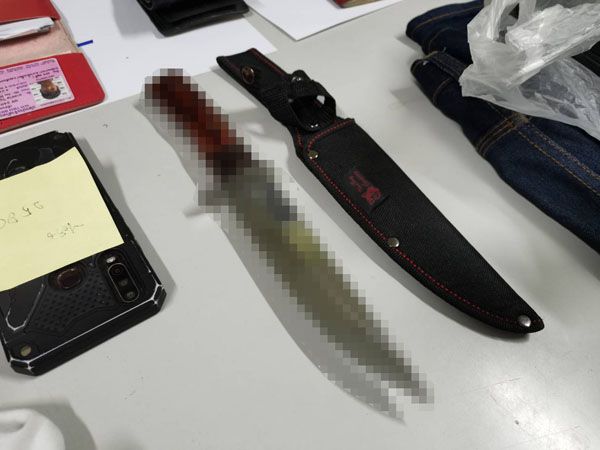 One suspect, aged 20, was arrested in Bangkok, before the remaining five were tracked down and taken to Samrong Nuea Police Station for questioning.

According to testimony, one of the suspects saw his former girlfriend with another group of Myanmar men and he teased the girl saying he missed her. This prompted the girl’s friends to walk out of the mall, but her former boyfriend’s group followed them. Later a quarrel broke out and a member of the ex-boyfriend’s group stuck a knife in one of the men in the other group.