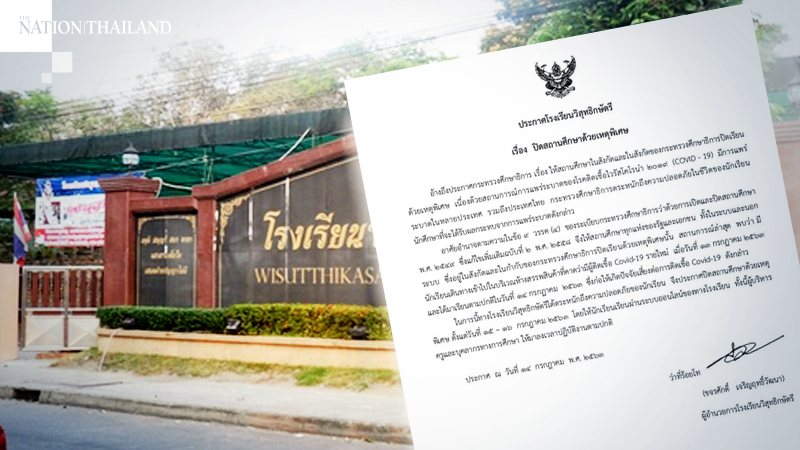 Two schools have decided to cancel classes after a student from each school had visited places where new Covid-19 infections were found.

Bangkok’s Samsen Wittayalai School shut its doors on Wednesday (July 15) after learning that a student and his/her family had stayed at the hotel in Rayong where an infected Egyptian soldier was staying.

Sahachai Sa-Suan, the school’s director, said the school will be closed for a day for sanitisation, which will be done by officials from the Phya Thai district office.

He also said that the student in question will be told to quarantine at home for 14 days.

However, teachers were required to go to the school on Wednesday to prepare for online classes. The school’s Facebook page said that some students will be allowed to return to school on Thursday and Friday, while the rest will attend online classes.

Meanwhile, Samut Prakan’s Wisuttikasattree School also announced it is having students attend online classes on Wednesday and Thursday after learning that one student had visited a high-risk venue on Monday (July 13) and had come to school the following day.