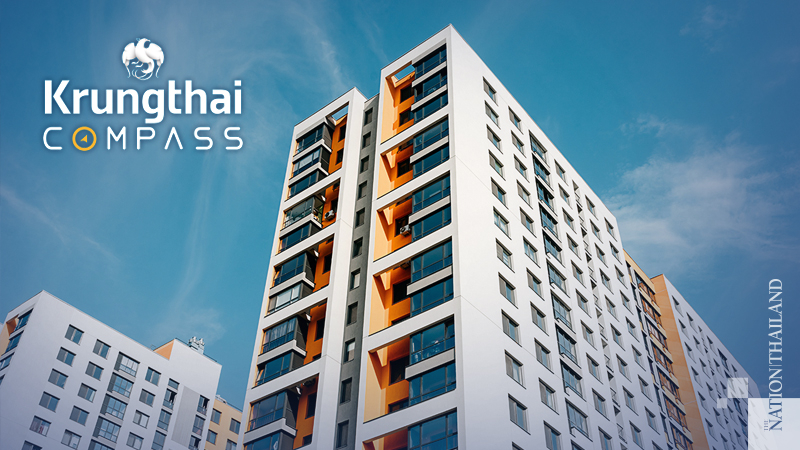 The virus crisis has wiped a whopping Bt150 billion off the value of the residential market in Bangkok and surrounding provinces, Krungthai Bank research revealed today.

Phacharaphot Nuntramas, director of the bank’s Compass research centre, said the property business has been hit hard by the Covid-19 crisis, with demand for new residences still falling.

Domestic consumers have been affected by an economy expected to shrink by up to 8.8 per cent this year, while foreigners – especially the Chinese – were hit by lockdown measures that hindered purchase or transfer of ownership, he added.

The research centre estimates the value of the residence market in Bangkok and nearby provinces has dropped by 27 per cent from Bt570 billion to Bt420 billion.

The director said that businesses may have to suspend construction of new projects until the economy recovers.

“Unsold stock could expand by 5 per cent this year to reach 185,000 units, although developers have cut new projects by 40 per cent compared to the last year,” he added.

He estimates the residential market will take four or five years to return to levels seen before the virus outbreak.

Phacharaphot also expressed concern over the trend of non-performing loans in the property and business sectors, saying it needed to be monitored.