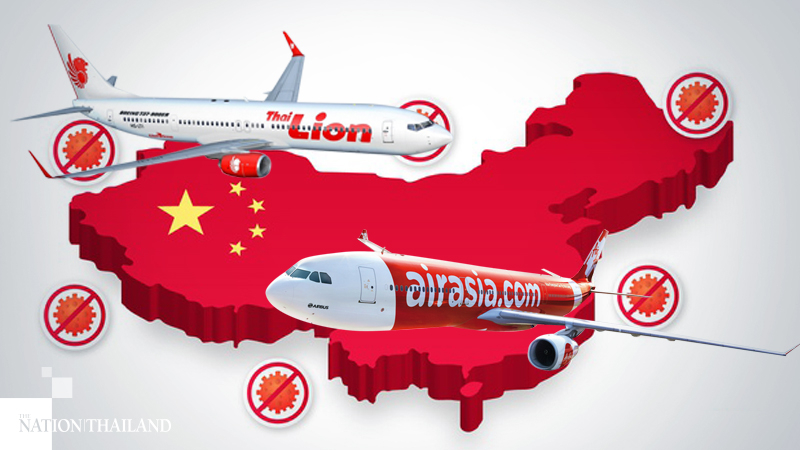 The Civil Aviation Administration of China (CAAC) announced on Wednesday (July 15) that it was banning all Thai AirAsia X and Thai Lion Air flights to the mainland from July 20 to 27 as a punishment for bringing Covid-19 patients into the country.

Five passengers travelling Thai AirAsia flight XJ808 from Don Mueang to Tianjian were infected, as were six passengers on Thai Lion Air SL117 from Bangkok to Guangzhou. The flights were operated on July 7.

Both flights had been chartered to pick up Chinese citizens in Kuala Lumpur and Jakarta. However, the flights had to stop off in Bangkok to change the flight number, though no passengers left the planes, enter airport buildings and no passengers were picked up.

The Thai AirAsia X flight from Kuala Lumpur was originally coded XJ325, but had to be changed to XJ808 because they did not have permission to operate under the initial code.

Thai Lion Air said it had stopped off in Bangkok for refuelling.