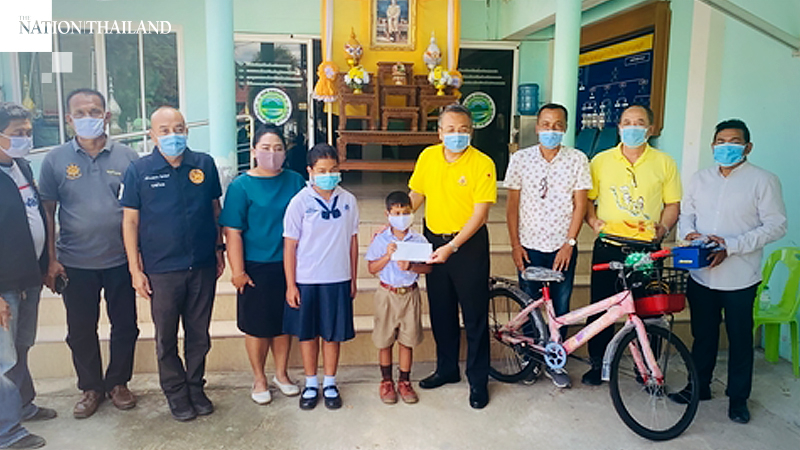 A Surat Thani boy who crossed streams, canals and hills on foot daily to get to school was finally noticed and offered help on Thursday (July 16) by several organisations, including the provincial governor.

The story of “Tawan” went viral on the internet after two teachers went to visit the boy’s home on foot, because it was not accessible by car.

The teachers admitted that the boy’s home was difficult to get to because it was on a hill in a remote part of the valley.

They also met the parents, who worked as bitter bean pickers at a plantation. The parents thanked the visitors by giving them some beans.

Later, Surat Thani governor Witchawut Jinto and other local government officials showed up at school to give Tawan a scholarship and a bicycle.