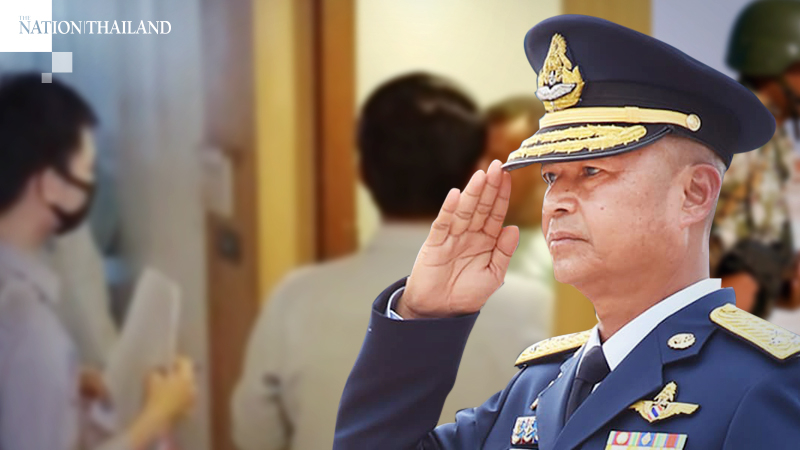 The Royal Thai Air Force chief ACM Maanat Wongwat finally responded on Thursday (July 16) to queries on the case of an infected Egyptian soldier, who along with other Egyptian military personnel was allowed to stay in Thailand from July 8 to 11.

The air force chief said the group was in Thailand for a short break and refuelling as part of an international agreement.

“Opening the airspace for foreign aircraft is normal, as airspace is not within a country’s territory but is actually under international control. When Thai soldiers fly on missions to other countries, we also have to coordinate with them to open their skies so we can land for refuelling or a short break in line with international law,” the air chief marshal said.

He added other aircraft had also landed in Thailand to refuel, but no such problem had occurred.

Maanat added that the Covid-19 virus has caused problems across the world, but 180 countries are connected and may sometimes need to adjust conditions to protect their people.

“There’s a loophole that needs to be corrected. We can’t isolate ourselves from the 180 countries, but hopefully we can fix the leak once the virus outbreak is over or a vaccine is available,” he said.