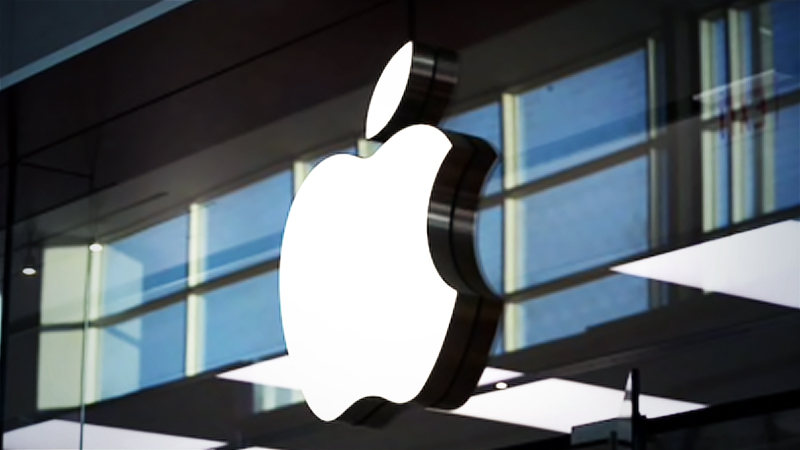 WASHINGTON - Underscoring the increasing vitriol of U.S.-China relations, Attorney General William Barr on Thursday accused Beijing of pressuring American business leaders to promote pro-China policies in the United States, and suggested that U.S. executives who do so might be violating U.S. lobbying laws.

In a speech in Michigan, Barr accused U.S. companies of kowtowing to China for the sake of short-term profits and alleged that the Chinese Communist Party has recently "stepped up" efforts to "coerce" American business executives to push its agenda with U.S. lawmakers.

"Hiding behind American voices allows the Chinese government to elevate its influence and put a 'friendly face' on pro-regime policies," Barr said in remarks at the Gerald Ford Presidential Museum.

"America's corporate leaders might not think of themselves as lobbyists," he added. "But you should be alert to how you might be used, and how your efforts on behalf of a foreign company or government could implicate the Foreign Agents Registration Act," he said, referring to the law requiring agents or lobbyists for foreign entities to disclose themselves to the Justice Department.

Barr's remarks join signs of the Trump administration's increasingly strident stance on China. In recent days, President Donald Trump has signed legislation to punish China for its crackdown on Hong Kong and to potentially sanction Chinese officials for their role in detaining Uighurs and other ethnic minorities in camps.

The State Department also has increased tension by calling China's maritime claims in the South China Sea "completely unlawful," and by announcing visa restrictions for some employees of Chinese companies, including telecom giant Huawei.

Barr described his speech Thursday as part of a series of recent remarks by administration officials, including national security adviser Robert O'Brien and FBI Director Chris Wray, aimed at prompting the "American people to reevaluate their relationship with China, so long as it continues to be ruled by the Communist Party."

"The ultimate ambition of China's rulers isn't to trade with the United States. It is to raid the United States. If you are an American business leader, appeasing the PRC may bring short-term rewards. But in the end, the PRC's goal is to replace you," he said.

The attorney general's warnings drew criticism from some economists, who said he at times exaggerated the threat China poses and downplayed benefits American industry has gained by trading with China, such as the large volume of automobile sales that have helped bolster U.S. carmakers.

The speech "seems designed to show the world that the U.S. will interpret every action of multinational firms operating in China through a lens of bilateral hostility," said Mary Lovely, an economics professor at Syracuse University. Parts of the speech suggested that "if you are not against them, you're against us," she added.

Scott Kennedy, an expert on China trade at the Center for Strategic and International Studies, said he agrees that the U.S. needs to do more to counteract China's unfair or illegal trade tactics, such as intellectual property theft.

"But the implication I get from his speech," Kennedy added, "is he thinks competition is impossible to win, and the only solution is decoupling. And I think that's wrong for the American economy and would harm our national security."

"And coming from the attorney general, it underscores the prominent role that the Department of Justice is now playing in an increasingly aggressive whole-of-government campaign to counter nefarious Chinese activities directed at the U.S," he said.

Barr singled out tech companies and Hollywood for particular criticism, saying they had censored movies and Internet content to appease Chinese officials. He steered clear of other industries, including the oil and gas sector, that have also earned big profits trading with China.

"For example, Apple recently removed the news app Quartz from its app store in China after the Chinese government complained about coverage of the Hong Kong democracy protests," Barr said. "Apple also removed apps for virtual private networks, which had allowed users to circumvent the Great Firewall, and eliminated pro-democracy songs from its Chinese music store."

Barr also criticized Apple for transferring some of its iCloud data to servers in China, "despite concerns that the move would give the CCP easier access to e-mails, text messages, and other user information stored in the cloud."

Apple spokesman Fred Sainz referred to the company's past statements on the matters.

"Each country in which we do business has its own customs, culture and legal process. While our values and beliefs don't change from country to country, we are subject to each country's laws," Apple's past statements said.

"China recently enacted laws requiring that cloud services offered to their citizens be operated by Chinese companies and that Chinese customers' data be stored in the country. While we advocated against iCloud being subject to these laws, we were ultimately unsuccessful. Our choice was to offer iCloud under the new laws or discontinue offering the service," the company said.

Barr said he believed "Walt Disney would be disheartened to see how the company he founded deals with the foreign dictatorships of our day."

He cited few examples, saying only that the company two decades ago had apologized for "Kundun," Martin Scorsese's favorable movie about the Dalai Lama, and that Disney had agreed to give Chinese government officials a role in the management of Shanghai Disney. Of the park's 11,000 full-time employees, "300 are active members of the Communist Party," Barr said.

A Disney spokesman did not respond to a request for comment.

China's theatrical-movie business last year generated about $9 billion in box-office revenue, less than the $11 billion generated in the U.S. in 2019, but more than the next six international markets combined.

To appease Chinese censors, studios allow for racy or anarchic scenes to be taken out of films and also generally steer clear of Chinese villains for any movies they hope to screen in the country.

Movies with messages of chaos and anarchy, such as "The Joker," are not granted coveted distribution slots by the Chinese government, which closely guards the market and restricts to several dozen the Hollywood movies allowed to be screened in China each year.

Disney has by far the largest entertainment collaboration with the country. Shanghai Disney is majority-owned by a three-company group that is owned by the Shanghai government, and many of its movies land on the coveted distribution list.

The U.S.-China trade war has limited the access of some American movies, making it harder for them to get on approved lists.

And China has been engaged in a massive push in the past several years to grow its domestic movie product - an effort that has met with success. The five highest-grossing movies at the Chinese box office last year were not Hollywood blockbusters but Chinese productions.