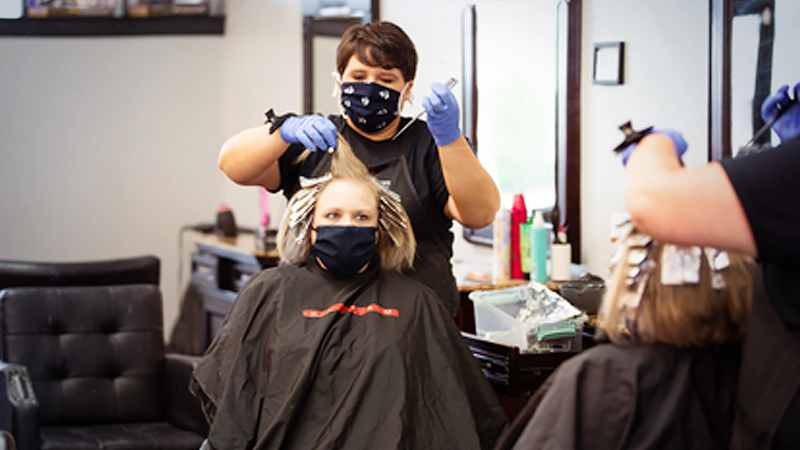 Kemp is the first governor to lift coronavirus restrictions and reopen his state in April./ File photo

ATLANTA - Gov. Brian Kemp has prohibited local officials from mandating mask-wearing in public and sued the city of Atlanta on Thursday to block it from enforcing a requirement that people wear face coverings to help stem the spread of coronavirus.

Kemp's move comes as state and local officials nationwide are increasingly requiring people to wear masks in public - the governors of Alabama, Arkansas, Colorado and Montana this week mandated face coverings, as did Walmart for shoppers in its stores.

Kemp said Wednesday he would prohibit municipalities from requiring people to wear masks, a decision that spurred confusion and hand-wringing by local officials and medical professionals throughout Georgia, who argued that jurisdictions should be able to decide whether to require masks.

The decision by Kemp, who was the first governor to lift coronavirus restrictions and reopen his state in April, escalated a spiraling political battle with local Democratic leaders over what rules they could put in place to help stem the spread of the virus.

"As of today, 3,104 Georgians have died and I and my family are amongst the 106k who have tested positive for COVID-19," Bottoms said in a statement. "A better use of taxpayer money would be to expand testing and contact tracing. If being sued by the State is what it takes to save lives in Atlanta, then we will see them in court."

The lawsuit reads: "Governor Kemp has the power to suspend municipal orders that are contradictory to any state law or his executive orders. Local governments, such as the city of Atlanta, do not have the ability or authority to regulate or control the State of Georgia."

At least 16 cities and other local jurisdictions across the state have issued new rules over the past two weeks requiring people to wear masks as the number of coronavirus cases has skyrocketed. Georgia now averages more than 3,500 new cases of the virus per day, according to Washingon Post data, well over double the rate of spread in April.

Kemp, a close ally to President Donald Trump, has previously said mask mandates are unenforceable. But he has also encouraged mask-wearing, donning one himself and crisscrossing the state on a "mask tour," holding events where he encouraged their use. Kemp signaled during the tour that he did not plan to challenge local mandates.

"Quite honestly, we don't have time for politics. We're looking at protecting lives," he said earlier this month.

Then, hours after Kemp met Wednesday with President Trump at the Hartsfield-Jackson Atlanta International Airport, the governor issued an executive order banning cities and counties from requiring masks.

Bottoms and other local officials expressed defiance and frustration, suggesting Kemp's decision drew more from politics than it did from science or law.

"It is my belief that the city of Atlanta still has appropriate standing to mandate masks, especially as it relates to buildings that we own and operate," Bottoms said at a news conference Thursday, hours before Kemp filed his lawsuit. She added that it was only after "it was noted" that Trump had not worn a mask during his visit, violating the city's order, that "suddenly the governor took a stance."

Kemp spokesman Cody Hall declined to say whether Kemp and Trump discussed mask-wearing. Hall said the executive order was consistent with an earlier order that barred local jurisdictions from enforcing coronavirus-related rules that were more or less restrictive than the state's.

"The order signed yesterday only continues that standard," Hall said in a statement. "The Governor continues to strongly encourage the use of masks and hopes that local officials will begin enforcing the existing guidelines on social distancing, large gatherings, and business regulations that have been in place for months." Hall said some of the cities that required masks were not enforcing the governor's social distancing guidelines, but he did not elaborate further.

The tug of war and mixed messages over masks has stoked confusion and skepticism about their effectiveness. Research has shown that wearing face masks reduces the risk of coronavirus infection. Still, masks have become a symbol of partisan divide.

One Georgia state representative from an Atlanta suburb said Thursday he remains unconvinced masks are effective in preventing the virus's transmission.

"For me, I need to see the absolute 100% scientific data that either all masks work for everybody, or that only certain types of masks work for certain types of folks," said Micah Gravley, a Republican, of Douglasville, who said he rarely wears one. "I've known people who have worn a mask from Day One, they've been very regimented in social distancing, and lo and behold they got coronavirus."

Many public officials and epidemiologists have expressed fear that such views are contributing to reckless behavior they say is fueling the spread of the virus.

"I think that we're all equally bewildered and frustrated by what's happening," Savannah Mayor Van Johnson, a Democrat, said in an interview Thursday. "It feels like we're fighting our own state to keep our citizens safe."

In neighboring Alabama, Republican Gov. Kay Ivey on Wednesday announced a statewide mask mandate. To the south is Florida, currently leading the country in new cases.

"All we're saying to the governor is: If you are not going to protect us, allow us the means to protect ourselves," said Johnson, noting that the Centers for Disease Control and Prevention, which is headquartered in Atlanta, has repeatedly urged mask-wearing as one of the best available measures to stop the spread of the virus.

"All I want to do is get us beyond covid-19. And that's why we instituted this order," Johnson said, arguing that people are more likely to respect a law than a guideline.

A document prepared for the White House Coronavirus Task Force, and obtained by the Center for Public Integrity on Thursday, identifies 18 states, including Georgia, that fall into the "red zone" for new coronavirus cases, meaning that as of last week, they were seeing more than 100 new cases per 100,000 people.

Kerwin Swint, a political science professor at Kennesaw State University in suburban Atlanta, said Republicans such asKemp feel pressure to be on the same page as the president - who has derided masks and wore one in public for the first time Saturday - even as coronavirus cases skyrocket. But Swint also suggested that even Kemp may eventually join others who have broken with the president to try to slow the spread.

"If things get scary enough, I could see Kemp altering course. He's not insane," Swint said. "If he feels like he has to do it, he'll do it. He'll look closely at the data and make decisions as he goes."

The political partisanship around mask-wearing seems to be dwindling as cases rise, Swint said.

"There may be peer pressure on governors like Kemp to go ahead and do so as well," he said. "It may be like dominoes - each state that does it puts pressure on the other states."