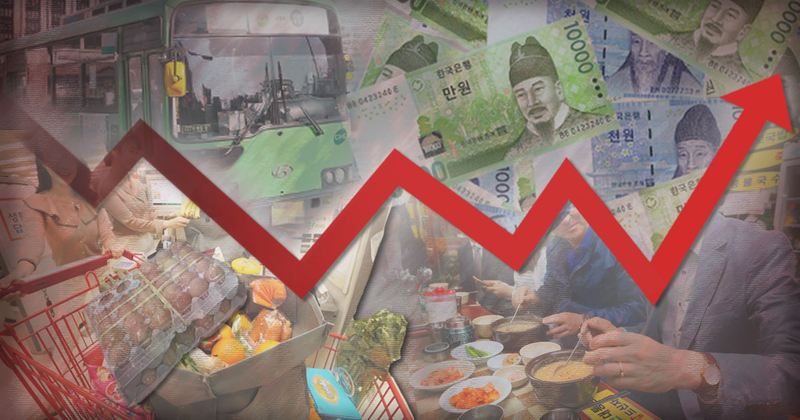 By Bae Hyunjung
The Korea Herald/ANN

While financial indexes bounce back, real economy continues to struggle.

Since confirming its first domestic case of COVID-19 infection on Jan. 20, South Korea’s economy has been on a roller-coaster ride -- hitting its low point in April-June -- but appears to be bouncing back now.

Concerns are now mounting that the persisting or widening gap between its financial indexes and the actual economic sentiment in the market may be signaling a watershed moment for Asia’s fourth-largest economy in the post-coronavirus era.

During the past six months, the Korean government has submitted and approved three sets of supplementary state budgets, including a record-high amount of 35.1 trillion won ($29.1 billion) and totaling at 59 trillion won so far this year.

The Bank of Korea has carried out base rate cuts to a fresh record-low of 0.5 percent, in an easing action amid stalled market sentiments. The central bank has also been pumping liquidity in the market through repurchase agreements, with the amount totaling 46.6 trillion won as of Tuesday.

Notwithstanding these fiscal and monetary policy measures, however, the Korean economy inevitably faced an unprecedented slump, just as most economies across the globe.

According to the Ministry of Trade, Industry and Energy, the country’s accumulated export volume as of end-June is estimated at around $24.07 million, down 11.2 percentage point from a year earlier.

The monthly exports, which had remained on a downtrend for 14 months straight until January this year, improved in February, marking a 3.5 percent rise from a year earlier. This slight improvement, however, soon dipped to a downward slide in March as mass infections were observed here and soon turned to double-digit falls in the following months.

Pressed by the stalled exports and dampened domestic market sentiment, leading manufacturers were forced to suspend or even terminate their operations.

With these emergency actions, the country’s manufacturing production slipped 6.9 percent from a month earlier in May.

Also, the number of those on furlough -- who are technically classified as employed -- stood at 729,000 in June, up 97.7 percent from a year earlier, according to the monthly employment trend report by Statistics Korea.

The number of self-employed people dipped 140,000 during the first half of the year, marking the steepest fall since the global financial crisis.

The International Monetary Fund predicted that economic growth will contract 2.1 percent on-year in 2020, while the Organization for Economic Cooperation and Development suggested a 1.2 percent on-year contraction. The BOK, which usually assumes a relatively optimistic stance, lowered its figure to minus 0.2 percent -- on the premise that the coronavirus spread will diminish during the second half of the year, after peaking in the second quarter.

The stock market, on the other hand, has taken a different track.

The benchmark bourse Kospi closed at 2,201.88 on Wednesday, recovering the 2,200 point range that was observed in late February -- just before the nation adopted strong quarantine measures.

Leading the recovery were foreigners and institutional investors, that recently scooped large-cap stocks such as Samsung Electronics, LG Electronics, and Hyundai Motor.

While the government’s recently unveiled “Korean New Deal” is seen as a positive momentum for investors, the epidemic development continues to act as uncertainty.

Some market observers pointed out to the excessive gap between stock market indexes and the real economy.

“The (real) economy has not yet passed the low point, but stock prices have pre-emptively reflected the expectations on economic stimulus actions,” said Kim Hyung-ryeol, an analyst at Kyobo Securities.

“In order for the stock market to prolong the latest bullish trend, it is crucial that the real economy also sees equivalent improvements.”