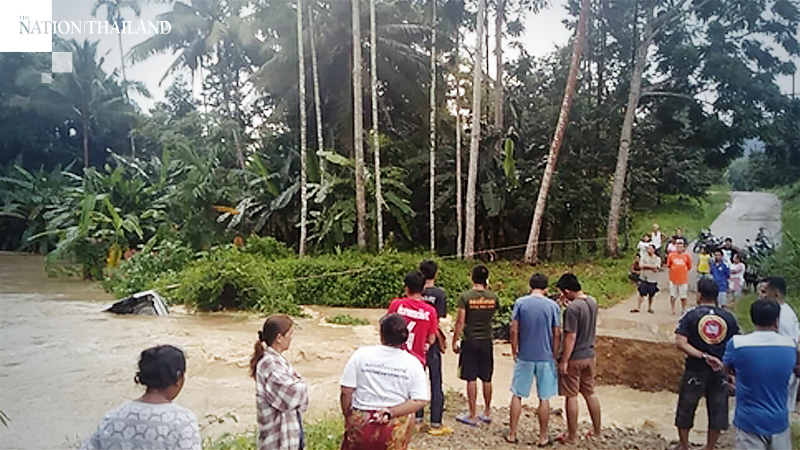 A road in Nakhon Si Thammarat was torn apart by heavy floods, creating a stream which pulled in a car carrying two teachers and a five-year-old on Thursday (July 16).

Yuppaporn Choochuai, a teacher from Sakaeo School, and a colleague who had brought her child along, were heading to a student’s home.

Since there were no signs indicating that the road had been split, they continued driving before the car tipped into the stream of water at around 4pm.

The passengers managed to get out of the car, and though residents helped tie the car to a big tree, the current still managed to drag it away.