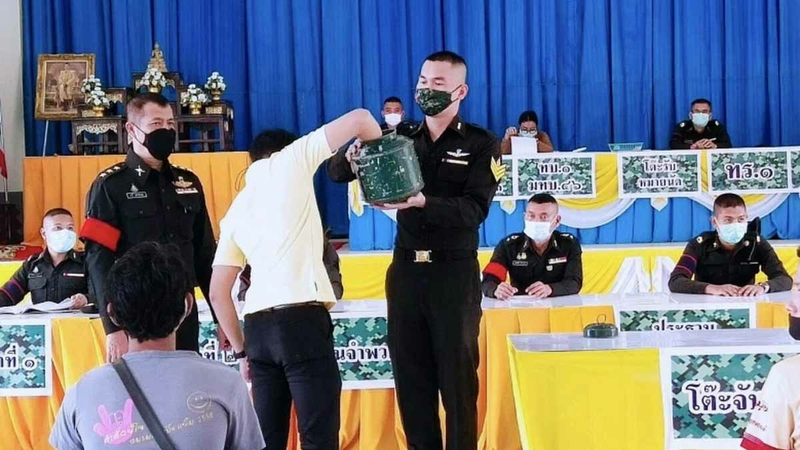 The Royal Thai Army has implemented measures to prevent the spread of Covid-19 during the annual military recruiting ceremony, which will be held nationwide from July 23 to August 9 this year. 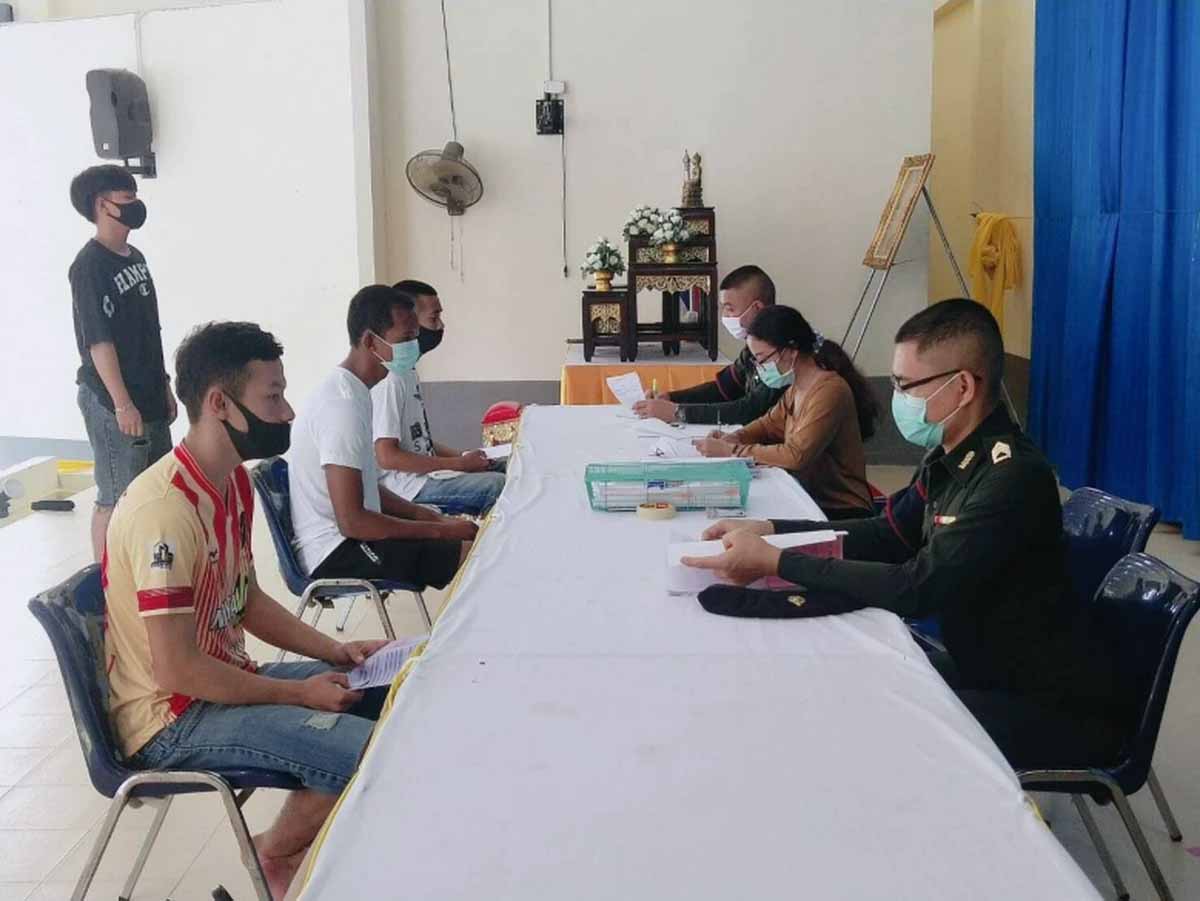 Deputy spokesperson of the Army, Colonel Sirichan Ngathong, said that the Army would implement measures to prevent the spread of the disease, such as arranging areas in line with the Public Health Ministry's standards, setting up screening checkpoints, and limiting the number of participants each day.

"Thai men who participate in this event are required to wear face mask and undergo the Army's Covid-19 preventive measures, while relatives were asked to stay at home to reduce congestion," she said. 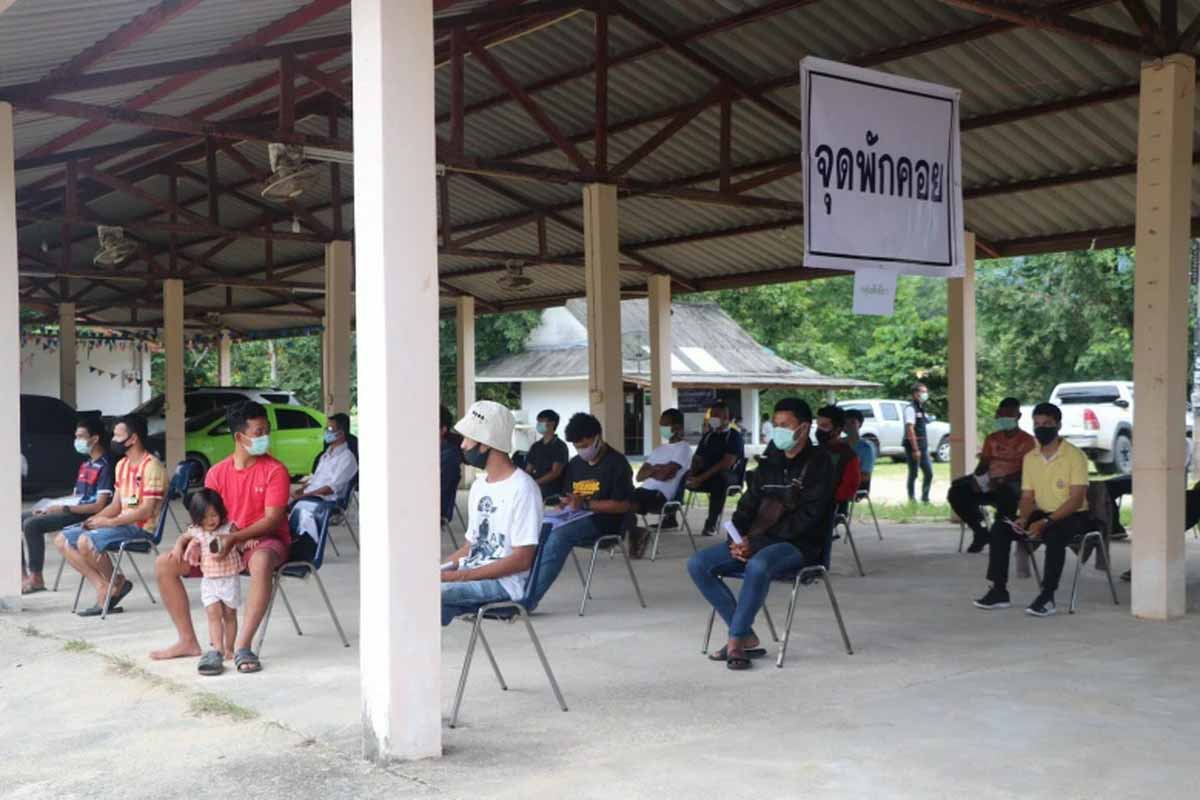 She explained that military officials would clean and disinfect the area used to hold the drafting operation before and after the operation every day, as well as provide alcohol-based hand gel and face masks to participants.

"Meanwhile, public health officers and military medical personnel will screen participants. Participants who have symptoms will participate in the event in a specified area," she said. 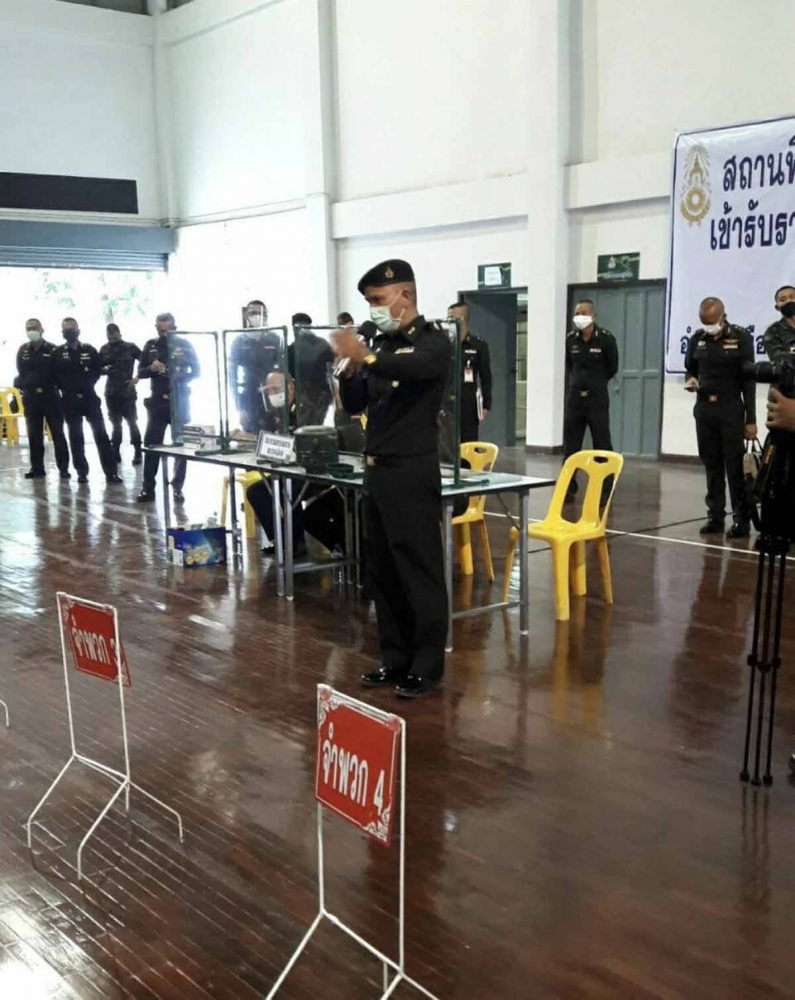 She added that this year, the Army still allowed participants to join the draft voluntarily in order to recruit military officers who have the intention to become soldiers. 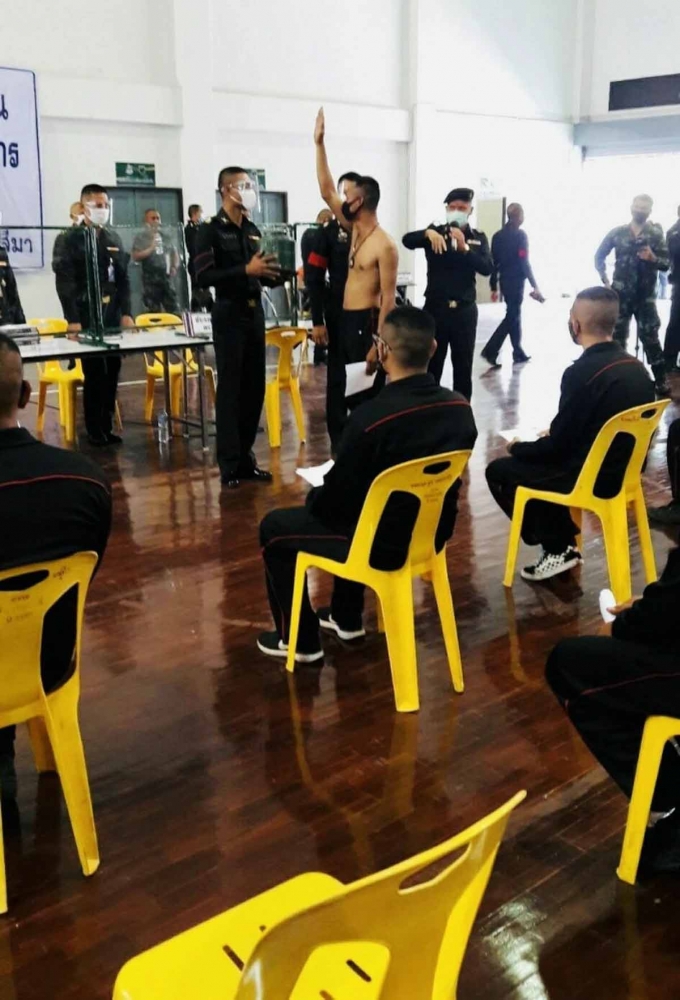