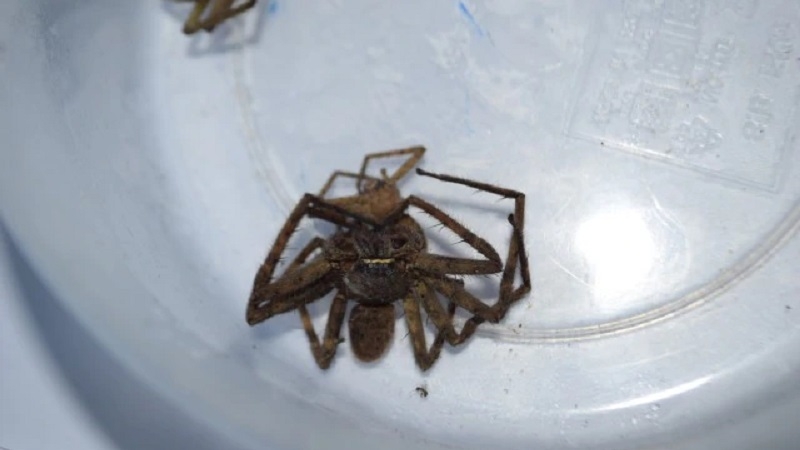 An eight-year-old girl was stung by venomous spiders in Krabi province on July 13, leading to health complications. A previous case of spider bite had caused a person's death in the area.

The girl's mother, Nuntana Thongperm, 31, said on Sunday (July 19) that after the previous case of fatality, she was very concerned the spiders might be more dangerous than people realised.

She said her daughter was bitten and soon after suffered from fever and nausea. The girl was admitted to Plaipraya Hospital and the mother brought along the spiders to the hospital but there was no expert at the moment.

They then returned with medicines but on July 15, the girl’s case worsened; her wound became swollen and the mother had to again take her to hospital.

She asked responsible organisations to inspect the case since there were several spiders in the area that looked like the ones her daughter was bitten by.