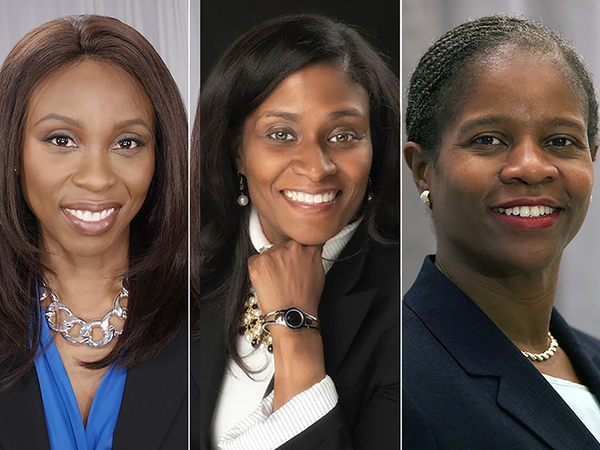 A political upheaval of sorts occurred last month in Maryland's primary election for Circuit Court judges - one little noticed by the public, but not ignored by the state's legal establishment.

While normally sitting Circuit Court judges cruise to victory in the primaries, three challengers, two of whom had run before, surged to surprise wins in the Democratic primaries in Prince George's and Montgomery counties.

The challengers - April Ademiluyi and Gladys Weatherspoon in Prince George's, and Marylin Pierre in Montgomery - ran as outsiders vowing to make a difference in the criminal justice system.

"Many people are hungry for change and tired of the status quo, especially when it comes to our criminal justice system,"said Larry Stafford, the head of Progressive Maryland, a grass-roots advocacy organization that has supported Pierre and Ademiluyiin previous elections, but did not endorse any candidates before the primary. "This is a victory for candidates that think differently."

Similar insurgencies happened across Maryland. In Howard, Carroll and Charles counties, outside challengers won Democratic primaries while losing to the sitting judges in the Republican ones. The winners of each will go on to appear on the ballot in November in the nonpartisan Circuit Court judge races.

These primary wins are especially notable because of the state's complex system of electing judges that makes it difficult to defeat incumbents, said David Lublin, a political scientist at American University. Typically, bar associations recommend candidates to the judicial nominating commission, which then nominates candidates to be sent to the governor, who makes one-year appointments that later go before voters.

Although candidates can run outside the nominating system, they rarely succeed. In Prince George's County, for example, only one challenger - Ingrid Turner in 2016 - has won an election for Circuit Court in the 50 years this system has been in place.

The primary victories by outside candidates have rattled much of Maryland's traditional legal community, whose leaders say the system ensures a qualified bench.

"When you're voting for people that haven't gone through the vetting process and haven't been appointed by the governor, it's an unknown quantity," said Steven Vinick, a member of the Prince George's judicial nominating commission. "That's unsettling as a lawyer that might face a judge in court."

The sitting judges who were defeated in June's Democratic primary - Christopher Fogleman in Montgomery, and Bryon Bereano and Jared McCarthy in Prince George's - won in the Republican primary, so they'll still appear on the November general election ballot, along with Ademiluyi, Weatherspoon and Pierre. Voters will choose five judges in Prince George's and four in Montgomery. Seats carry 15-year terms.

The three challengers say voters responded to their calls for fresh ears on the bench and promises of restorative justice and more sympathetic sentencing.

"I've always pushed progressive values, not allowing wealth and status to control our courtrooms, because they do," said Ademiluyi, an intellectual property and real estate attorney. "It may start with a cop, but it ends with a judge."

Steve McAuliffe, the chair of the Elect Sitting Judges Montgomery County Slate, which supported electing Fogleman, Bibi Berry, David Boynton and McAuliffe's distant cousin Michael McAuliffe, said the system ensures judges are qualified, which he and others defined as a combination of experience, temperament and legal ability.

"The whole purpose of this is to find people who have the ability to fairly decide cases," McAuliffe said. "The bench in Montgomery County is outstanding. But there's a reason for that; it's because we have people who have devoted significant amounts of time to vetting people who go through the process."

Pierre, who has practiced criminal, juvenile and business law for 28 years, applied nine times to be nominated for judge in Montgomery. Each time, the commission turned her away, telling her she wasn't sufficiently qualified, which she says proves how hard it is to work inside the system.

Late last month, some insiders pounced on a tweet posted from Pierre's account just before the election that said "lock em up" about the three officers who failed to stop the killing of George Floyd. While the officers, like any criminal defendants, are innocent until proven guilty, the tweet said they should have to prove their innocence in court.

Pierre said the tweet came from a campaign volunteer, and she deleted it after a blogger and others said the sentiments would be a violation of due process.

"This should not have been on there," Pierre said in an interview, adding that she had not seen the tweet until a writer from the political blog Seventh State pointed it out to her. "People should have their days in court."

Fogleman said he and the other sitting judges were vetted fairly and are more qualified than challengers such as Pierre.

The nominating process, he said, "is a (more) preferable process than having voters who don't know very much about anything that a judge does or how the judge got to be a judge."

The challengers also contended with pressure from established groups to stick with sitting judges. Powerful Annapolis lobbyist Bruce Bereano, for example, campaigned hard for the sitting judges in Prince George's, a field that included his son, Bryon Bereano.

The elder Bereano, who declined to comment for this story, sent emails to business leaders and elected officials urging them to support the slate of sitting judges, and specifically not Weatherspoon.

Weatherspoon, a criminal defense lawyer for 25 years, said many elected officials told her they felt they had to support the sitting judges to keep their relationships solid with Bruce Bereano.

Still, each challenger found a way to earn votes.

Pierre, a former Army lieutenant who ran in part because she felt Montgomery children weren't being judged fairly by the sitting judges, received an endorsement from Somerset Mayor Jeffrey Slavin - her only one from an elected official. Slavin said he subsequently heard from former members of the Montgomery Democratic Central Committee chastising him for endorsing her instead of an incumbent. "Embarrassed for you," one wrote in an email.

For the general election, Slavin thinks the party committee should endorse all of the candidates who won in the Democratic primary, including Pierre. But Linda Foley, the chair, said no endorsement decision has been made. The committee has traditionally supported the sitting judges.

LaTasha Ward, a former candidate for state delegate in Prince George's, said she supported Weatherspoon specifically because she was running as an outsider.

"I realized she's never ran and nobody knew her. A lot of people turned their backs on her, and she still said she wanted to do this," Ward said. "I saw a warrior that would bring diversity into the courtroom."

Ademiluyi, a grass-roots leader, held virtual events and answered phone calls from voters explaining her views on changing the system.

Lisa Ellis, a Prince George's business owner who backed Weatherspoon and Ademiluyi, said she thinks that supporting these challengers - all of whom are black women - is the best way to retool the system and make sure there are ideologically diverse perspectives on the bench.

"We need those differences in our courts. We need judges that are not going to fall in line with the establishment to hold on to their 15 years," Ellis said. "We need judges who will rule according to the Constitution in a way that's right and fair for all."