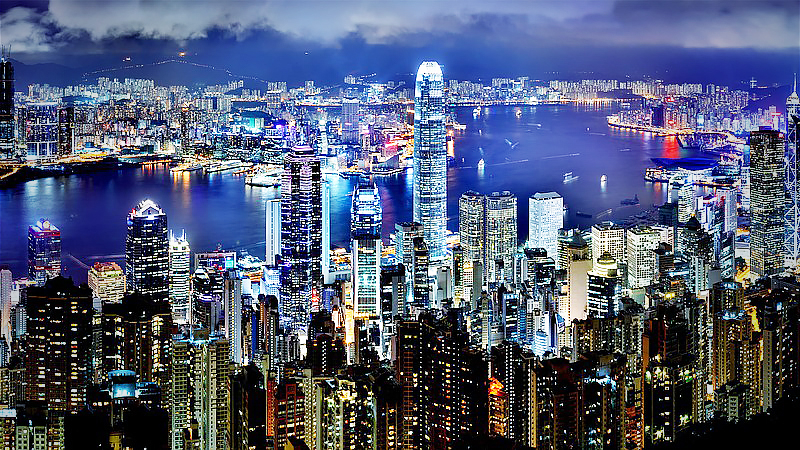 Foreign Secretary Dominic Raab signaled the U.K. will join its international allies in suspending an extradition treaty with Hong Kong after China imposed a national security law on the former British colony.

Raab told Sky News on Sunday he would update Parliament on Monday on the U.K.'s extradition arrangements with Hong Kong, less than a week after the nation banned the Chinese telecommunications company Huawei Technologies Co. as a long-term supplier for its 5G networks over concerns about the security of its infrastructure. Raab also cited China's "egregious human-rights abuses" of the country's Uighur minority.

Raab said he had promised on July 1 to conduct a review of the extradition arrangements and, having completed that study, will update members of Parliament. Canada and Australia have already suspended extradition agreements with Hong Kong, while the U.S. and New Zealand are reviewing their arrangements. Those countries make up the so-called "Five Eyes" intelligence-sharing nations.

The U.K. has stepped up its criticism of Beijing and Moscow as it seeks to establish a place for itself in the world after Brexit. On Tuesday, Raab will meet U.S. Secretary of State Michael Pompeo in London. Pompeo is also due to meet the group of Conservative lawmakers who form the influential China Research Group.

"We are not slipping into some dogmatic approach either way," Raab said. Asked if the U.K. and China are still in a "golden era" of diplomatic relations, Raab replied, "It's not a phrase I would use."

Meanwhile, China's ambassador to the U.K., Liu Xiaoming, warned Raab that if he seeks to impose sanctions on any individuals in China, there will be a "resolute response."

"You have seen what happened between China and the United States," Liu said on the BBC's Andrew Marr Show. "They sanctioned Chinese officials, we sanctioned their senators, their officials. I do not want to see this tit-for-tat between China-U.S. happen in China-U.K. relations. I think the U.K. should have its own independent foreign policy rather than dance to the tune of the Americans, like what happened to Huawei."

Raab played down the idea that London could use its new Magnitsky act to do that. "It's not quite right that we can willy-nilly decide on sanctions on x or y," he told the BBC. "We have to build up an evidence base and that takes a long time too."

TikTok has suspended talks to build a global headquarters in the U.K., and Communist Party officials in Beijing have warned British companies doing business in China they're set to face retaliation over the government's decision to stop working with Huawei Technologies Co., the Sunday Times reported.

Britain's National Cyber Security Centre said on Thursday that vaccine and therapeutic sectors in multiple countries have been targeted by a group known as APT29, which it said is "almost certainly" part of Russian state intelligence. Security agencies in the U.S. and Canada later backed the findings.

Kelin said Russian officials had discovered "several cyber attacks" originating from the U.K. during the country's recent constitutional referendum, which paved the way for President Vladimir Putin, to remain in power to 2036. He said Russia isn't "accusing the United Kingdom as a state," but declined to give further details.

Raab said Kelin's claims have "no credibility," describing the allegations to the BBC as "chaff being put out to distract from the very serious charges we are laying."

Parliament's Intelligence and Security Committee will publish a long-awaited report on Russian interference in elections and espionage this week. "I'm not quaking in my boots about it," Raab told Times Radio on Sunday when asked if any British officials will be implicated in the report.