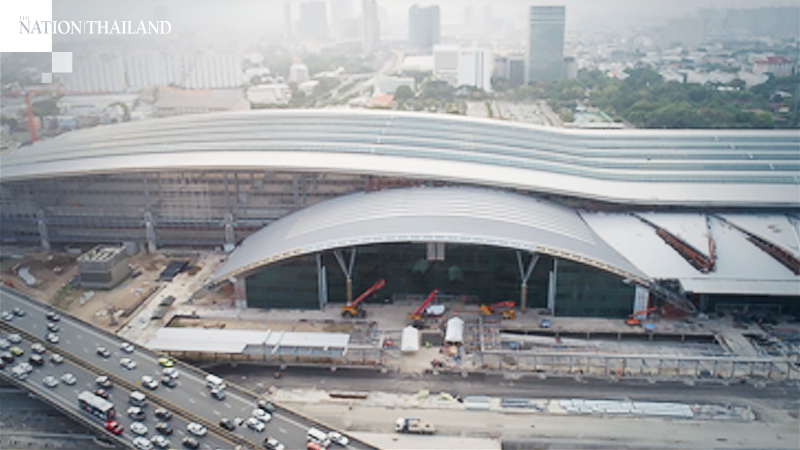 The third invitation for bids since early July to build a commercial development project in Block A near the Bang Sue Central Station has received little interest from the private sector, a source from the State Railway of Thailand (SRT) has said.

The SRT is now considering combining Block A with Block E development projects to attract more investors, said the source.

“The project has received little interest due to two reasons, the first is the Covid-19 situation which has caused many investors to be more cautious,” said the source. “The second reason is that the project itself has less potential to make profit compared to other blocks, as the area has a train track passing through, making it harder to develop it for full-time commercial use.”

According to the law, SRT has to invite bids at least three times. If no private firm shows interest, SRT has to cancel the auction and review the possibility of opening new bids. Since the announcement of the project in May 2019, only three companies have purchased the TOR (terms of reference) documents, namely Central Pattana Plc, CH Karnchang Plc and Bangkok Expressway and Metro Plc, and so far none have submitted their bidding envelopes.

“SRT might continue the project by combining the 32 rai of Block A with Block E which has a bigger area of 79 rai and has more potential for commercial profit,” said the source. “The combination will result in a delay in development of Block A, but SRT estimates that it will not affect the opening of Bang Sue Central Station, scheduled for January 2021 as the construction of shops and commercial space in the station is already finished.”