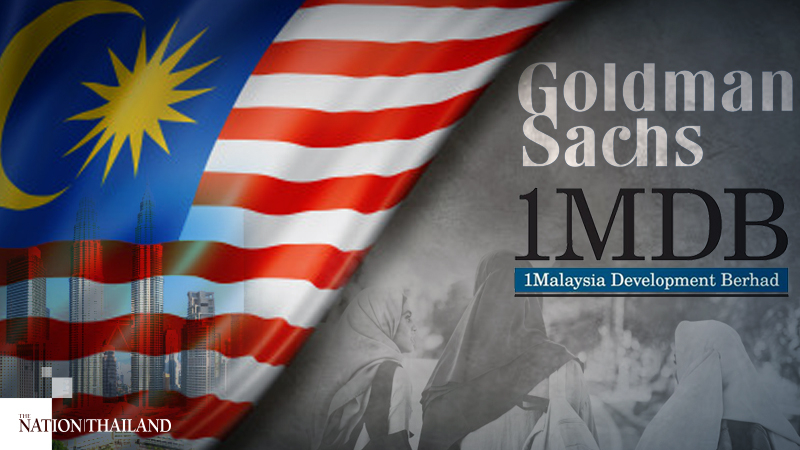 By Leslie Lopez
The Straits Times/ANN

KUALA LUMPUR - The Malaysian government and international banking giant Goldman Sachs will resume talks this week in Kuala Lumpur in a final attempt between both parties to hammer out a multi-billion dollar financial settlement over the fiasco at state-owned 1Malaysian Development Bhd (1MDB).

Top level US executives from Goldman Sachs and members of their legal team arrived on Saturday (July 18) - after obtaining special Malaysian government approval due to strict coronavirus travel restrictions - for the talks with the special task force for the 1MDB recovery campaign led by Attorney-General Idrus Harun.

"The prospects of getting a settlement are strong after both sides have agreed on key parameters in recent weeks that are needed to move forward," said one Malaysian government official close to the situation, without elaborating.

A senior US-based financial executive, who has been assisting the Malaysian government in the protracted negotiations with a wide cast of international counter parties tied directly to the campaign to recoup monies looted from 1MDB, noted that "the GS (Goldman Sachs) guys would not be making the long trip to Malaysia if a deal was not within reach".

The resumption of the talks with Goldman Sachs represents a major breakthrough in Malaysia's 1MDB asset recovery campaign that has stumbled since mid-2018 because of missteps by the previous Pakatan Harapan (PH) coalition government that left negotiations with Goldman Sachs, the US Department of Justice (DOJ) and the government of Abu Dhabi in varying stages of limbo.

Talks were also hobbled due to legitimacy issues that have saddled the controversial government that wrested power in March after elected representatives from Mr Muhyiddin's Parti Pribumi Bersatu Malaysia and other renegade politicians abandoned PH to form a very fragile new coalition government.

The blight on the new Perikatan Nasional (PN) coalition stems from its direct ties with the elected representatives from the long-established Umno and numerous other party leaders who are battling corruption charges in court for alleged embezzlement of 1MDB funds and other graft offences running into hundreds of millions of dollars.

The previous PH government had pledged to recover more than US$7 billion (S$9.7 billion).

Lawyers and financial executives close to the situation said Malaysia's prospects in the asset recovery campaign improved significantly after the Muhyiddin administration adopted a more pragmatic approach, with the simple aim of securing the best deal possible in the multi-layered negotiations.

According to government sources, Finance Minister Tengku Zafrul Aziz and Attorney-General Idrus actively engaged with officials from the DOJ and Goldman Sachs to iron out key bugbears in the asset recovery negotiations.

The turning point came sometime in May when Kuala Lumpur signaled that it was prepared to participate in the so-called global settlement initiative led by the DOJ to hammer out a solution with the counter-parties comprising fugitive financier Low Taek Jho, Abu Dhabi's state-owned International Petroleum Investment Company (Ipic) that guaranteed the 1MDB bonds amounting to US$6.5 billion, and Goldman Sachs.

The previous PH government had decided to withdraw from the DOJ-led initiative because it was convinced by its lead negotiators that the country could extract much more from Goldman Sachs and Ipic through legal cases in the United Kingdom and Malaysia.

But senior legal advisers to PM Muhyiddin have argued that there was no guarantee that the government would win the legal battles.

The go-alone strategy also could leave Malaysia with little to show because the DOJ was pushing ahead with negotiations to reach a full resolution over the civil forfeiture suits and the ongoing criminal indictments that began in mid-2016.

"The main concern was that should this (the Muhyiddin) government fall, any agreement could be reneged. With Malaysia in the global settlement, there is added insurance for GS," said the US-based financial executive close to the ongoing talks.

The United Kingdom, Singapore, Hong Kong, Switzerland and Luxembourg are also part of the DOJ global settlement, according to executives close to the situation.