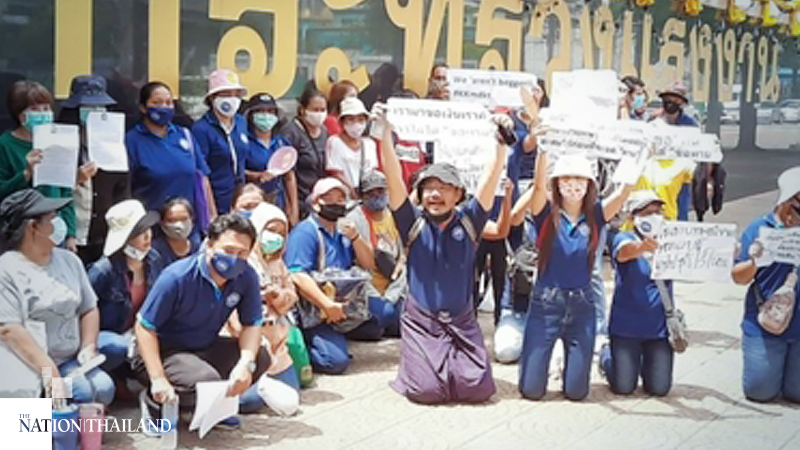 Some 20 representatives of labour unions in Ayutthaya province showed up at the Labour Ministry in Bangkok on Monday (July 20) to demand that the terms of compensation under the social security scheme be changed. 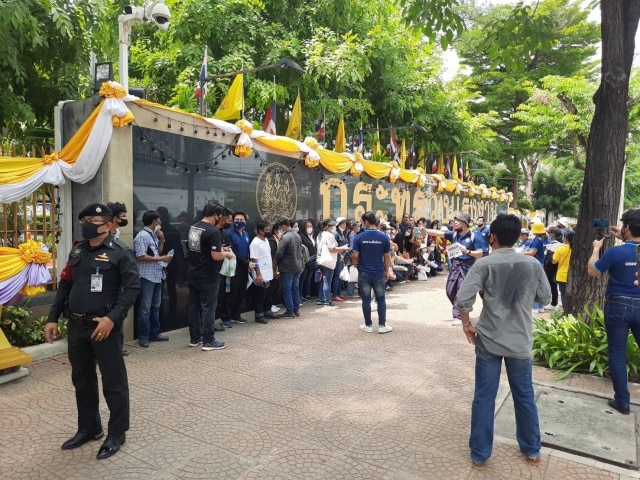 Chansilp Subnonwai, leader of the Ayutthaya Labour Union, said the union wants the ministry to adjust the terms as follows:

1. Members of the social security scheme should be paid their contribution to the fund in its entirety when they retire;

2. Members should be allowed to use the total amount of their contribution as collateral when applying for loans at state-run banks;

3. Retirees should be given the option of either withdrawing their entire compensation in one go or be paid monthly as a pension. 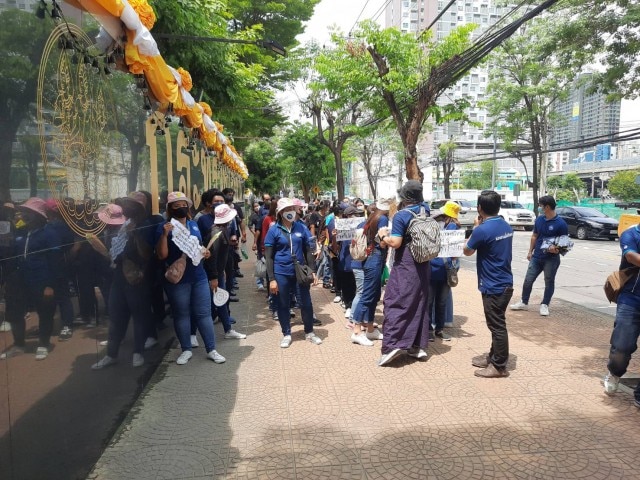 Chansilp said the group had no plans to camp out and would disperse as soon as their request has been submitted. Apinya Sujarittanan, director-general of Department of Labour Protection and Welfare, accepted the petition at around noon. 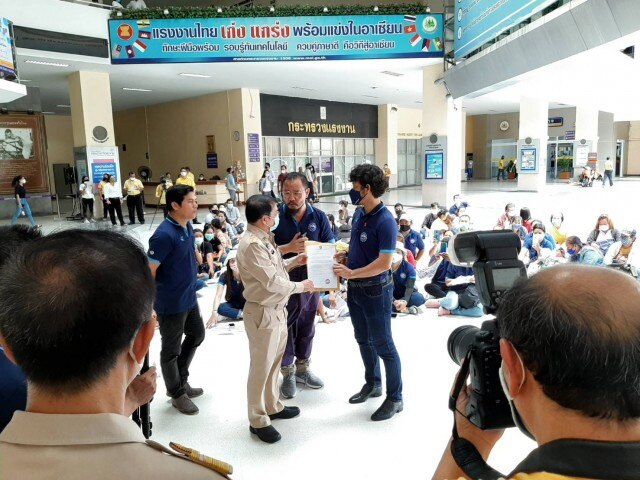