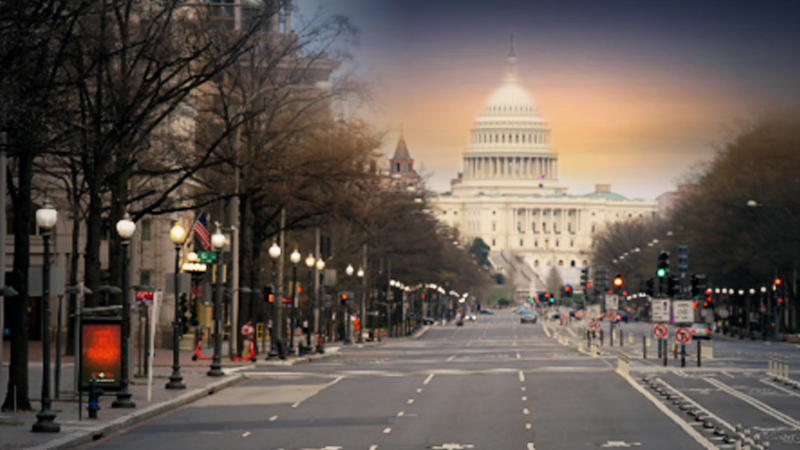 WASHINGTON - The emerging GOP coronavirus relief bill appears likely to embrace some of President Donald Trump's key priorities, despite opposition from within his own party, including a payroll tax cut, little aid to state and local governments, and measures tying school funding to the reopening of classrooms.

Some of these provisions are already sparking pushback from key Senate Republicans, and an even bigger showdown with Democrats appears inevitable.

That clash could come Tuesday, when Treasury Secretary Steven Mnuchin and White House Chief of Staff Mark Meadows are set to meet with House Speaker Nancy Pelosi, D-Calif., and Senate Minority Leader Chuck Schumer, D-N.Y., for the first bipartisan talks on what will almost certainly be the last major coronavirus relief bill before the November elections. Mnuchin and Meadows will also meet with Senate Republicans on Tuesday as they seek to quell any discontent.

"I think you'd better ask me after [Tuesday] so we can hear from the administration if they're really serious about it," Grassley said.

Senate Majority Leader Mitch McConnell, R-Ky., is giving Congress three weeks to write the bill before adjourning for summer recess. With multiple issues dividing the two parties and creating rifts between the White House and Senate Republicans, it's shaping up as a daunting task.

Mnuchin said Monday that the White House wants the bill to amount to roughly $1 trillion in new programs, though officials are expected to use budget gimmicks to make the initial package slightly larger. Still, Democrats were looking for a much bigger bill. Their opening offer is a $3 trillion package they passed in May that would extend unemployment benefits, include new stimulus checks, and help cities and states, among other things.

At a White House meeting Monday, Trump touted the benefits of a payroll tax cut, something he has pushed for close to a year, telling reporters: "It's a tremendous saving, and I think it's an incentive for companies to hire their workers back and to keep their workers. So the payroll tax cut, to me, is very important."

During the private portion of the meeting, Trump called a conservative economist he's friendly with, Art Laffer, and put him on speakerphone to discuss the benefits of a payroll tax cut and how best to structure it, according to several people familiar with the events. Laffer confirmed the call in an interview with The Washington Post.

The payroll tax is the 7.65% tax paid by employers and employees that goes toward the Social Security and Medicare trust funds. The administration is considering structuring the payroll tax cut in the legislation as a deferral rather than an outright cut, which would keep down the technical cost of the overall bill, according to one person briefed on the package, who spoke on the condition of anonymity to discuss private deliberations.

Such a deferral could require Americans to pay back the tax cut at a later date, but lawmakers could decide to waive the repayment. Congress already deferred the employer portion of the payroll tax cut in an earlier coronavirus bill.

After first floating the idea of a payroll tax cut last year, only to be met with bipartisan opposition, Trump renewed his push once the coronavirus pandemic began to devastate the economy this spring. Still, Senate Republicans have repeatedly rebuffed him. Trump has said such a tax cut would give workers more money to spend, but critics argue that unlike sending stimulus checks to individual Americans, cutting payroll taxes benefits only those who have jobs. More than 20 million Americans remain unemployed.

Illustrating the tricky path forward, Mnuchin insisted to reporters that the payroll tax cut would be in the legislation. He was then asked about a Washington Post report over the weekend that said the White House wanted to block new money for coronavirus testing. Mnuchin responded, "I'm not going to comment on the specifics," even though he had freely opined on the payroll tax component.

Mnuchin and other White House officials have faced enormous pushback from lawmakers in both major parties over blocking this funding, with Sen. Roy Blunt, R-Mo., telling reporters that the idea was "wrong." Blunt also criticized the proposal to put conditions on education funding for school districts.

Trump has made the payroll tax cut a major sticking point and said he may not sign the legislation if it doesn't include the cut. McConnell appears set to include the provision in his bill. There were signs Monday, however, that he could face difficulties getting Senate Republicans to fall in line.

"I think it's problematic because, obviously, the trust funds for Social Security and Medicare are already on their way to insolvency," Sen. John Cornyn, R-Texas, told reporters Monday, referring to cutting the payroll tax. "And then we'd raise them again, we'd raise taxes . . . I'm not a fan."

Schumer did not wait to discuss the legislation with White House officials before denouncing it in a Senate floor speech Monday.

"It appears that the Republican proposal is unlikely to meet the moment," Schumer said. "From what we understand from press reports, McConnell's bill will prioritize corporate special interests over workers and Main Street businesses. It will fail to adequately address the worsening spread of the virus. There are currently between 20 million and 30 million unemployed Americans, and from all accounts the Republican bill will not do nearly enough for them."

Earlier, at the Oval Office meeting, Mnuchin confirmed that Republicans plan to reduce a $600-per-week enhanced unemployment benefit, approved in March, which will begin running out for millions of Americans later this week. Republicans argue that workers are making more on unemployment than they would on the job.

"We're going to make sure that we don't pay people more money to stay home than go to work," Mnuchin said, adding that he hoped to see Congress act on the issue before benefits expire at the end of the month.

During the private portion of the Oval Office meeting, Trump criticized the enhanced unemployment benefit, saying it never should have been agreed to in the first place, according to three people familiar with the meeting who spoke on the condition of anonymity to discuss it.

The president's comment highlighted resentment among some congressional Republicans toward Mnuchin, whom they blame for cutting bad deals with Democrats on the first four coronavirus bills, which pumped about $3 trillion into the economy in March and April.

Those bills passed with major bipartisan support, but it's already clear that the coming deal - if there's an agreement at all - will not inspire such widespread accord. With the economy still reeling, and coronavirus infections and deaths on the rise, the coming days will be key in whether the negotiations succeed or fail. Mnuchin said he wants a deal on the unemployment benefits by next week.

The emerging GOP legislation will also contain liability protections for businesses, health-care providers and others, which McConnell has repeatedly described as a red line for him. The bill is expected to omit new aid that Democrats have sought for cities and states, instead allowing governors and local leaders more flexibility to spend the $150 billion already allocated, according to two other people with knowledge of the talks.

Under the GOP plan, states would get money for schools - but it would be explicitly tied to schools reopening, a major focus of late for Trump, according to the first person briefed on the negotiations. It was unclear how exactly the money would be structured to prod schools to reopen or what would constitute reopening.

People involved with the talks cautioned that negotiations were ongoing and that provisions were fluid and subject to change.

Republicans are aiming to roll out their legislation this week and expect it to cost $1 trillion, though they also predict that the price tag will grow significantly once horse-trading with Democrats begins in earnest. Pelosi and Schumer have made clear that additional aid to cities and states is a top priority. Democratic votes will be needed for any final deal to pass the House and Senate.