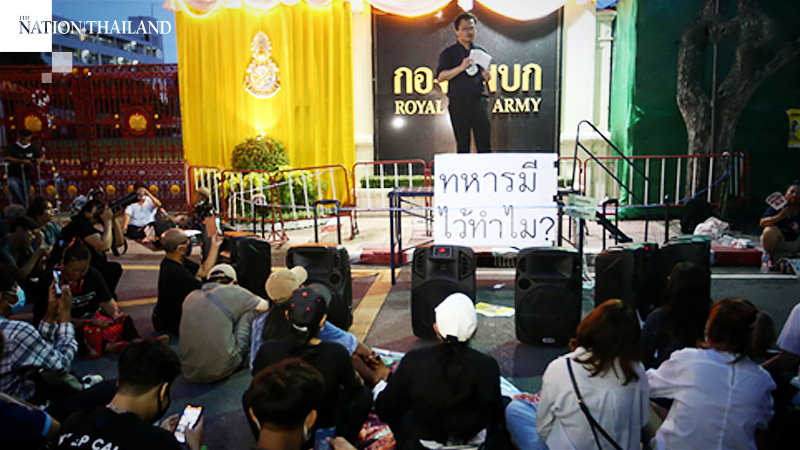 Anti-government rallies continued as four leaders from Free Youth and the Student Union of Thailand gathered in front of Royal Thai Army headquarters yesterday (July 20) after the Army’s former deputy spokeswoman criticised the protest on Saturday.

Ex-deputy spokeswoman Nusra Vorapatratorn posted on social media that the protest at Democracy Monument on July 17 was “childish”.

Unfazed, the leaders of both political organisations then decided to gather again at 6.30pm to emphasise government “deficiencies”, including the Army’s recent plan to buy a "Bt1.3-billion VIP jet for its generals" and “threats that the government allegedly used to spark fear among the people”.

They also displayed pictures of Wanchalearm Satsaksit, an activist who was abducted near his apartment in the Cambodian capital of Phnom Penh on June 4, before ripping apart a picture of Thai Army Chief Apirat Kongsompong.

The front gate of the headquarters was ordered closed at 5pm, with about 20 police officers guarding the area in the presence of some 20 media staff.