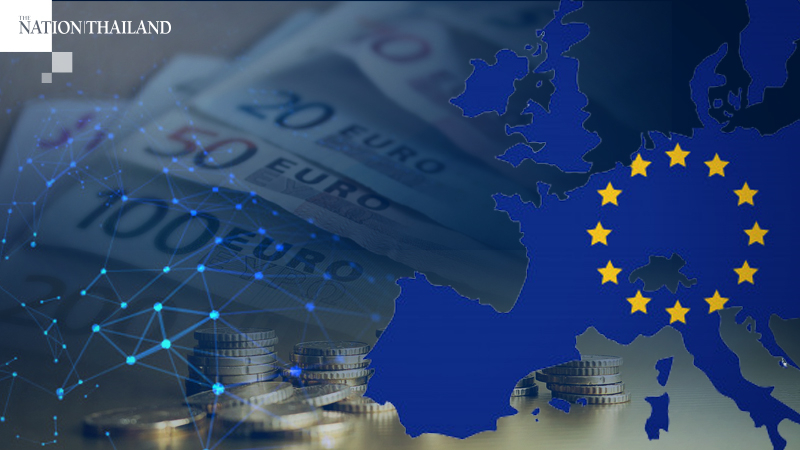 BRUSSELS - European leaders on Tuesday morning agreed to a vast spending plan to rescue the economies of coronavirus hit-countries, overcoming deep-seated divisions on the extent to which rich European Union nations commit to helping poorer ones.

The deal on a $2.1 trillion E.U. budget and rescue package came after a marathon four days of grinding discussions between members of the 27-nation union.

The negotiations had been bogged down by the objections of several rich, northern countries on the scope of the fund and the strings attached to it.

But faced with the prospect of the worst economic blow since World War II they hammered out a compromise. E.U. officials described it as a milestone that will shape member states and how they live with one another for years to come.

A draft of the final agreement earmarks $859 billion in loans and grants to largely be spent over the next four years. Tourism-dependent Greece, Italy and Spain are set to be the biggest beneficiaries, with the pandemic devastating the industry.

Discussions had been tense.

Over alfresco breakfasts, midday french-fry breaks and late-night haggling sessions, leaders were fighting with one another with increasingly bitter rhetoric.

The main disagreement between the leaders of several f self-dubbed "frugal" countries - Austria, Denmark, Finland, the Netherlands and Sweden - and the rest of their peers was about how much money to ship to hard-hit countries such as Italy and Spain and how much oversight donor countries ought to have over how the funds are spent.

In crises, the E.U. has typically offered loans, not grants, and demanded economic policy changes in return. The "frugals" want to keep it that way. The others do not, offering a vision that would be a small step closer to a federal European Union that more closely resembles the United States, where richer states subsidize poorer ones.

To appease them, the portion of grants in the deal was trimmed to $358 billion and the objectors were granted billions more in rebates from their contribution to the shared E.U. budget.

In a win for Hungary and Poland, stipulations that tied access to funds to upholding the rule of law were rolled back in the draft. Both countries have been censured by Brussels as their leaders have moved against their political opponents and stripped the independence of their judiciaries.

French President Emmanuel Macron and German Chancellor Angela Merkel teamed up in May to propose $570 billion in grants to respond to the pandemic, with the German leader abandoning her long-held caution about handing her taxpayers' money to poorer nations without asking for it to be repaid. Merkel called it a "one-off," but some analysts dubbed it Europe's "Hamiltonian moment" - a burst of centralization that would forever hand more power to Brussels.

"It's an upgrading of supranational institutions' role and power. It's really upgrading them in a very significant way," said Rosa Balfour, the director of the Brussels office of the Carnegie Endowment for International Peace, a think tank.

The need to agree on an ambitious plan to react to the crisis drew the leaders together in person Friday, despite the risks, as they attempted the biggest and highest-level gathering of world leaders since the pandemic largely ground the world to a halt earlier this year. They had met by videoconference from their capitals, but diplomats said there is little substitute for face-to-face discussions to resolve sharp disagreements.

Leaders began their meetings Friday with careful adherence to social distancing rules: Many of them were masked, and they met in a vast room built to seat 330. Merkel was even photographed admonishing Bulgaria's leader for allowing his mask to slip off his nose. But the masks came off as the discussions devolved, and leaders, ambassadors and advisers huddled close together to examine budget figures and new formulas. Some smaller negotiation sessions did take place on outdoor terraces and balconies, where the viral risk is presumably lower.

"Are the 27 leaders who are responsible to the peoples of Europe capable of building European unity, of building trust?" European Council Michel asked leaders late Sunday during another round of negotiations that broke just before 6 a.m. Monday. "Or will we present the face of a weak Europe, undermined by mistrust, and divided?" He noted that worldwide deaths from the coronavirus had been tallied to have surpassed 600,000 on Sunday as they negotiated, according to a copy of his prepared remarks.

As she entered discussions on Monday, Merkel said it was clear that they would be tough. "Yet exceptional situations also require extraordinary efforts," she said. "We have lived up to this so far and I hope that the remaining path, which will not be easy, can still be covered."

As tensions rose the previous evening, Macron thumped on the table and lashed out at leaders, including Austrian Chancellor Sebastian Kurz, whom he derided for leaving the meeting room to take phone calls even though leaders were speaking.

"If we don't have the required spirit of compromise and ambition today, we risk coming back in tougher times," Macron said before the deal was reached Monday. "It will cost us more."

The other funds being negotiated at the meeting were loans that would address the coronavirus crisis as well as the $1.2 trillion E.U. budget, a spending plan that covers agricultural subsidies, scientific research and road repairs, among other things, that is negotiated once every seven years.

For Merkel, the plans will set her legacy. She is set to retire next year after 16 years in office and a period as undisputedly the most powerful leader in Europe. Her careful style has made her a dealmaker who will not be easily replaced - leading some analysts to suggest that she is trying to hand more power to Brussels to keep the balance of power after she is gone.

"It's very unlikely there will be a dealmaker, someone who can pull all the threads together" after Merkel, Balfour said.

At the summit, the biggest disagreements were about the crisis effort. The negotiations trimmed back the amount of cash grants at play, currently about $445 billion, and leaders haggled over how many strings would be attached to the cash. Italy, Spain and Poland would be the biggest beneficiaries of the plan, according to initial formulas that tied funds to their pre-pandemic unemployment rate and economies.

Dutch leaders and their allies have said countries such as Italy and Spain are to blame for pre-pandemic economic difficulties that left them struggling to pay their way out of the current crisis. They say they do not want to send money to those countries if they have no guarantees of economic policy changes in return.

The Netherlands wants "truly enforcing reforms in exchange for loans," said Dutch Prime Minister Mark Rutte on Monday. "And if loans still have to become subsidies, then these reforms must really be enforceable" by allowing E.U. leaders to have oversight, he said.

Rutte - who faces elections next year, and whose tough stance is good politics at home - has leaned into his bad-cop approach. Opponents note that the Netherlands has benefited enormously from being a member of the barrier-free market of the E.U. - including by offering low tax rates to companies that have been lured away from the countries he now derides.

"There's so much that Europe can do, and if it benefits from giving the appearance of being strong, united and committed, then the world is watching. Its soft power will benefit," Balfour said.