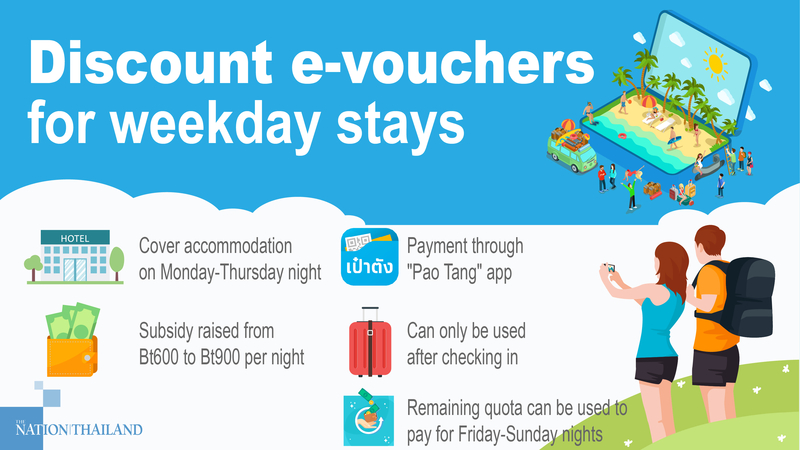 The Cabinet today agreed to improve the “Rao Tiew Duay Kan” (We Travel Together) domestic tourism scheme by increasing the value of weekday accommodation vouchers from Bt600 to Bt900 per day, to encourage travel between Monday and Thursday.

It also decided to boost the remedial effects of the scheme by including One Tambon One Product (OTOP) items on the list covered by food vouchers. The vouchers offer 40 per cent discounts on purchases of up to Bt600 per day.

Meanwhile, PM Prayut Chan-o-cha said he had ordered relevant agencies to check whether hotels were raising their room rates to take advantage of the scheme and to blacklist wrongdoers. He was responding to reports that many hotels are price gouging.

“I noticed that a small hotel [in the scheme] has increased its room rate from Bt600 to Bt900,” said Prayut. “If anyone increases the price, they will be blacklisted. All businesses must help each other. If we do not do well, hotels and your own business will not benefit. We should be honest with each other. The government needs to manage a large number of people in many other sectors as well.”