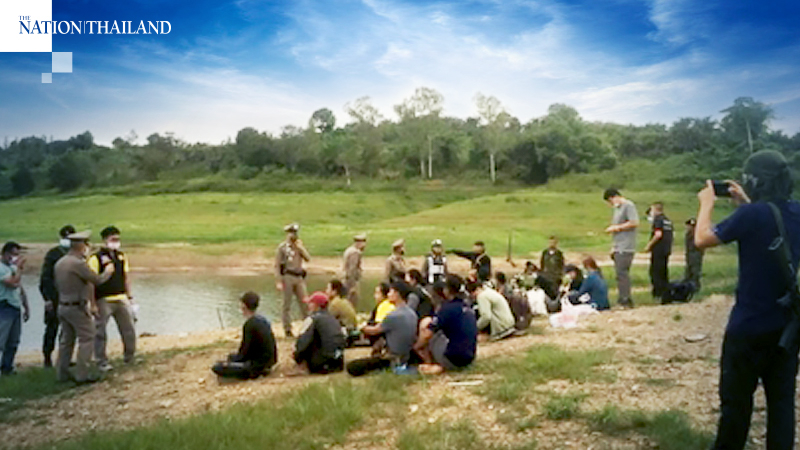 The Kanchanaburi Volunteer Defence Corps nabbed 18 Myanmar nationals on Tuesday (July 21) as they were trying to enter Thailand illegally via the Vajiralongkorn Water Reservoir in Nong Lu subdistrict. A Thai woman was also arrested for allegedly running the operation.

Kanchanaburi resident Kornnipha Amorndechakorn, 49, was stopped by officials on Tuesday evening just as she was driving her black Toyota pick-up truck away from the reservoir. Upon searching the vehicle, officials found 18 Myanmar nationals hiding on board.

Kornnipha reportedly offered Bt70,000 to the officials to let her go, but her offer was rejected, and she and the migrants were taken to Sangkhlaburi Police Station for legal proceedings.

Initial investigation showed that the truck was registered to Kanchanaburi resident Sakchai Surakiatchai, and police are looking to see if he may be an accomplice. 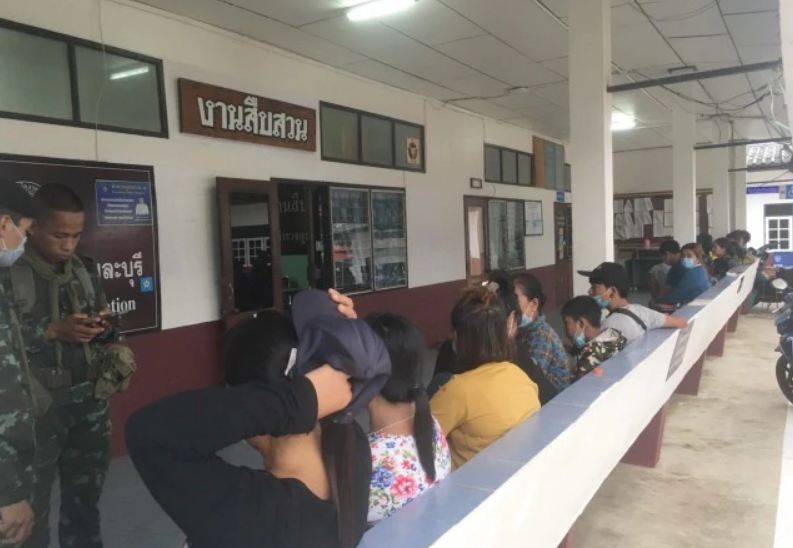 One migrant reportedly told police that they were heading to Bangkok to find work and had paid Bt7,500 per head to a Thai agency that promised to bring them across the border.

Pakorn Kanwanlee, Sangkhlaburi district chief, applauded the defence corps for turning down the bribe and upholding the law, especially at a time when enhanced border surveillance is required.