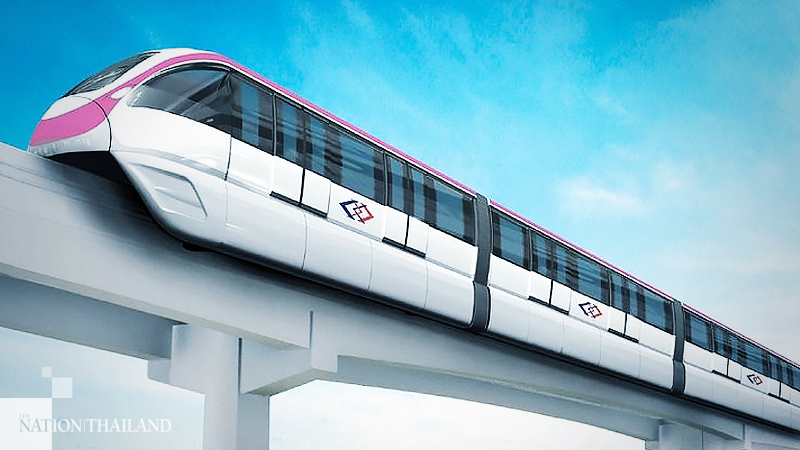 Despite construction delays, the elevated MRTA Pink Line between Khae Rai and Min Buri will begin operating in September 2021, aiming for 200,000 passengers per day.

Pakapong Sirikantaramas, executive director of BTS Group Holdings, said the company has accelerated delivery of the 34.5km line running north to east in Bangkok for a partial opening in September to October 2021.

Construction is currently facing a slight delay due to problems of delivery, removal of obstructions and moving public utilities in the construction area, he said.

The Covid-19 outbreak had also disrupted progress but construction was 60 per cent complete, he added.

Surachet Laophulsuk, deputy governor of the Mass Rapid Transit Authority of Thailand (MRTA), added that land expropriation was complete after six households near the IT shopping mall accepted compensation and were demolished to construct Lak Si station.

Meanwhile a recommendation from the Environmental Impact Assessment (EIA) report that Nonthaburi Civic Centre station be moved 300 metres from its original location in front of Makutromsaran Park has been sent to the Cabinet by the MRTA.