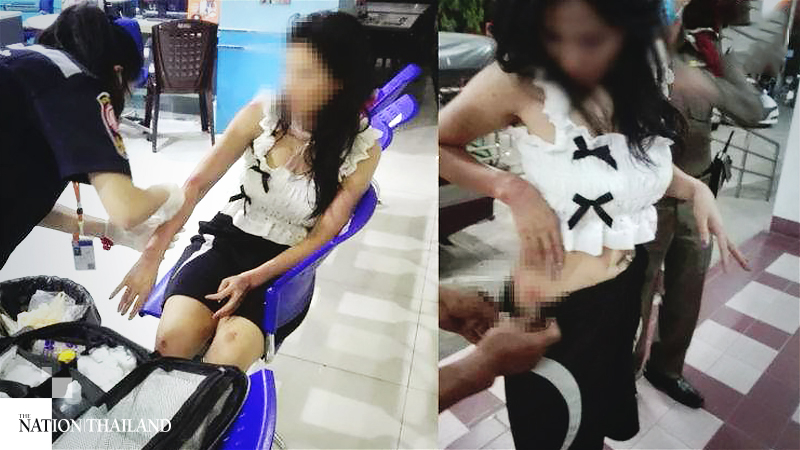 Police have said that they have found some clues on the driver and the van used in an early morning kidnapping in Bangkok on Tuesday. However, they said they have not been able to ascertain the motive behind the kidnapping.

A woman was returning home from near Lumpini Park with her boyfriend at 3am when she was pulled into a van. Her partner tried to stop the van by jumping in front of it, but was run over and severely injured. He later succumbed to his injuries in hospital.

The woman managed to jump out of the van near Wat Chong Lom in Bangkok’s Yannawa district and was spotted asking people for help. Her clothes were torn, and her lower body was uncovered.

According to the woman, the Volkswagen van’s licence plate was covered with a piece of paper, with another number printed on it. The licence plate number she told police turned out to be fake. She also said the driver was aged between 40 and 50.

Police later said the woman worked as a prostitute in the Lumpini area, and the van driver had first behaved like a customer before he kidnapped her. Police believe the vehicle may have been stolen or borrowed from someone else.