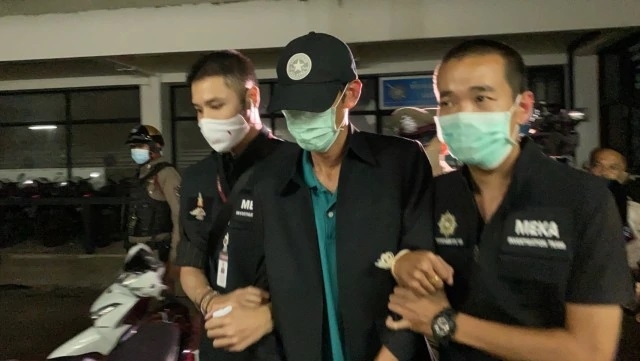 A man suspected of allegedly trying to kidnap a woman and being responsible for her husband's death was arrested in Bangkok.

Thungmahamek Police Station on Wednesday (July 22) announced the arrest of Nadet Sitmanomai, 44, driver of the van.

On July 21, Natchada (last name withheld), 35, was returning home from near Lumpini Park with her husband, Somkiat, 42, at 3am when she was pulled into a grey Volkswagen van. Somkiat tried to stop the van by jumping in front of it, but was run over and severely injured. He later succumbed to his injuries in hospital.

The woman managed to jump out of the van near Wat Chong Lom in Bangkok’s Yannawa district and was spotted asking people for help. Her clothes were torn. 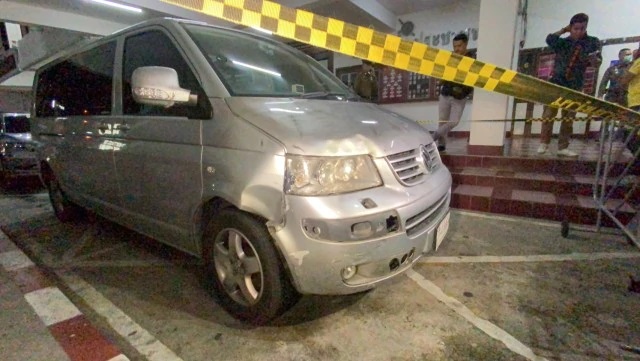 Police nabbed the suspect while he was shopping at a Tesco Lotus Express in Bangkok’s Jomthong district. Nadet reportedly was caught using Natchada’s mobile phone and wearing the same shirt as when the alleged crime was committed.

Nadet reportedly confessed that he was the driver of the van, which belonged to his employer who owns a factory in Samut Sakhon province. He added that he occasionally took the van out without the employer’s knowledge.

After the incident, Nadet reportedly said that he ditched the van on the sideway in Jomthong district, so officials went and retrieved the vehicle for inspection.