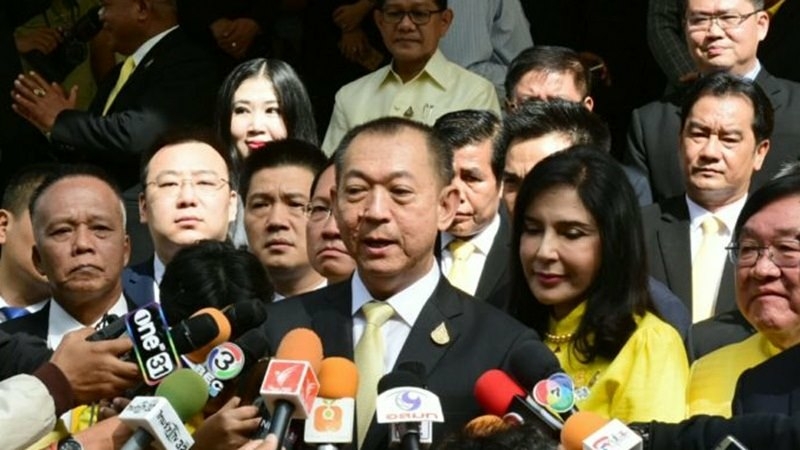 Some 30 farmers showed up at Government House on Thursday (July 23) to demand that Prime Minister Prayut Chan-o-cha replace Agriculture and Cooperatives Minister Chalermchai Sreeon and Deputy Minister Mananya Thaiset because they failed in their job.

Sukan Sangkawanna, secretary-general of the Federation for Farmers’ Safety, said Thai farmers have been banned from using agro-chemical paraquat since June 1. Yet Thailand continues to import soybean, wheat, flour, grapes, apple, coffee etc from countries like Japan, Australia and New Zealand, where the use of paraquat is still allowed.

Mananya had said that imports from these countries will be gradually phased out from June 1, 2021, while the Public Health Ministry had said it would study chemical residues on fruit and vegetables.

The Department of Agriculture has told farmers to use glyphosate and glufosinate as pesticides for rubber and fruit trees and for cassava, yet the two substances leave residue on the crops, while glufosinate falls under the same category of hazardous substances as paraquat, Sukan said.

He also pointed out that the department has yet to find a substitute that matches paraquat in terms of effectiveness and price, and has only offered alternatives like glufosinate, which benefit certain businesses.

He said farmers want the premier to replace these two ministers as they have not done what they promised and have shown no sincerity in solving problems, adding that in actual fact, some of their actions have had serious consequences for farmers.

The group also marched to the Foundation for Consumers, which had launched the campaign against the use of hazardous materials in farming, and then to Bhumjaithai Party headquarters for failing to delivery what it promised when campaigning for votes.