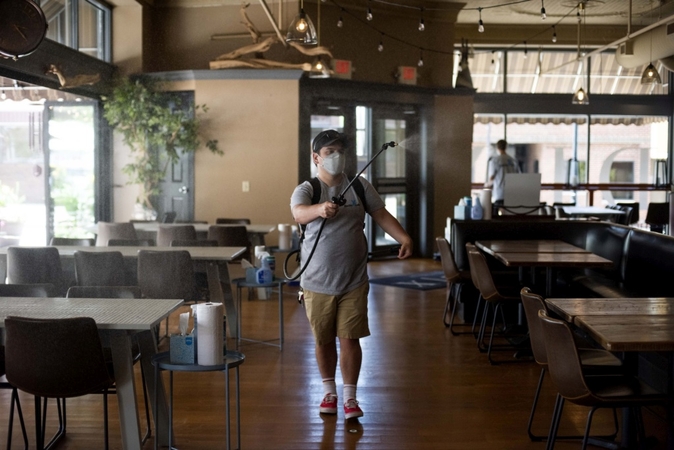 A worker sprays sanitizing disinfectant in the dining area of a restaurant in Mansfield, Ohio on July 13., 2020. MUST CREDIT: Bloomberg photo by Ty Wright. Photo by: Ty Wright — Bloomberg Location: Mansfield, United States

U.S. jobless claims rose last week for the first time since the initial pandemic-induced surge in March, signaling a labor-market stall just as federal aid winds down for people and companies.

Initial claims through regular state programs increased to 1.42 million in the week ended July 18, up 109,000 from the prior week, a Labor Department report showed Thursday; on a non-seasonally adjusted basis, claims declined. There were 16.2 million who filed for ongoing benefits through those programs in the period ended July 11, down from the prior week and less than forecast.

Economists in a Bloomberg survey had forecast 1.3 million initial claims, little changed from the prior week, with projections ranging from 1 million to 1.55 million.