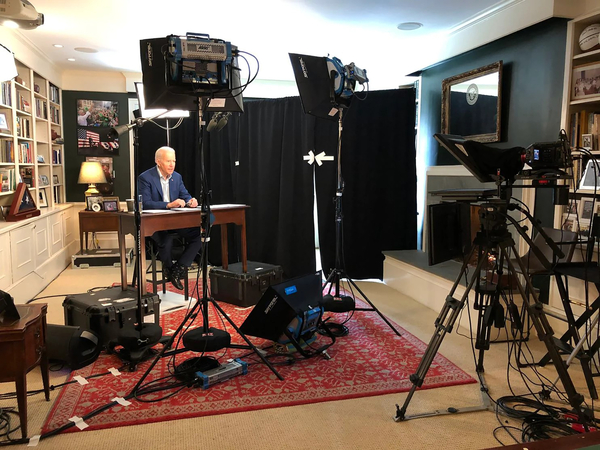 Joe Biden on Thursday night warned donors that President Donald Trump will try to "indirectly steal" the 2020 election by making a case against mail-in ballots, a voting method that many are expected to use to avoid exposure to the coronavirus during November's election.

The presumptive Democratic presidential nominee asked donors attending a virtual event to spread the word that "this president is going to try to indirectly steal the election by arguing that mail-in ballots don't work."

Trump will present mail-in ballots as fraud by making the argument that "they're not real, they're not fair," Biden said.

Biden's remarks on Thursday offered the most detail about how he believes Trump might unfairly influence the outcome of the presidential contest. Biden's campaign has mounted an aggressive voter-access effort, including hiring a team of lawyers to challenge any irregularities.

They come as Trump, in recent weeks, has stepped up his rhetoric about the veracity of mail-in voting. At an event last month in Arizona, the president suggested without evidence that the method presents a significant opportunity for fraud.

Trump added: "Will they be counterfeited, maybe by the millions, by foreign powers who don't want to see Trump win?"

A Trump campaign spokesman did not immediately respond to a request for comment.

Biden made the remarks at a climate-focused fundraising event hosted by actress Julia Louis-Dreyfus, who famously played the first female vice president on the HBO show "Veep." It was attended by more than 650 people, according to the Biden campaign.