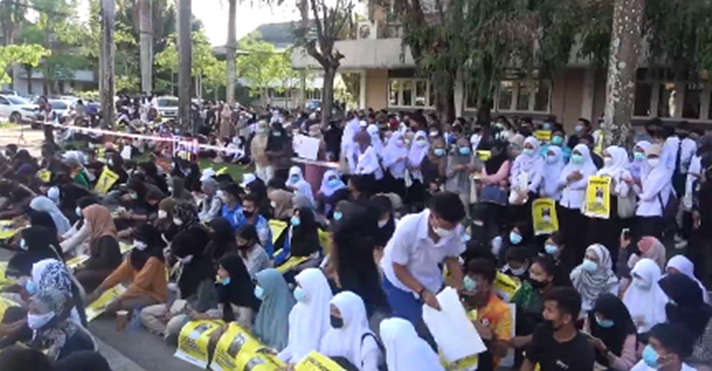 Students and activists held a rally on Thursday (July 23) in the Pattani campus of Prince of Songkhla University to make demands of the government and to criticise the university’s chancellor.

Members of the Free Youth group also joined the rally, which had been organised by students from the political science faculty. Like previous rallies, this one too called on the government to dissolve Parliament, stop intimidating people and amend the Constitution.

The students also slammed their chancellor Niwat Keawpradub for prohibiting students from using any of the university’s five campuses to hold a protest. His reason was that gatherings were not allowed due to Covid-19 and the country’s state of emergency.

Students, however, slammed the university for not being prepared to hold online classes.

The protesters also demanded that the Cabinet resolution to establish the Jana industrial estate be scrapped until a public hearing is held.