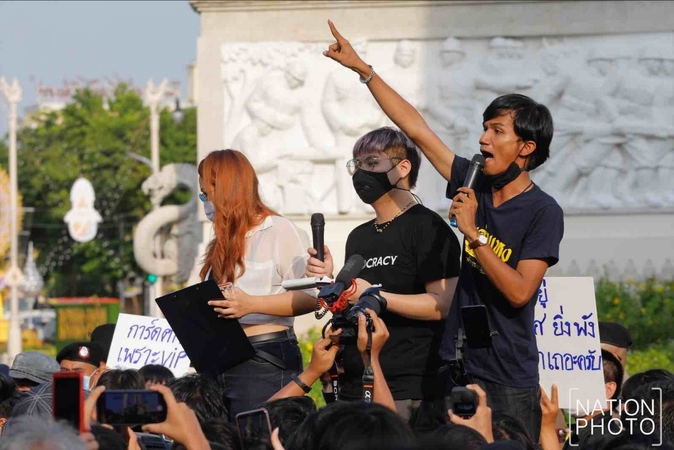 A survey of 1,308 respondents conducted by the “Super Poll” research centre showed that 77 per cent believe that protests were organised by students themselves, while 23 per cent said the student protests were funded by local or foreign political agencies.

The survey, conducted from July 20 to 23, saw respondents being interviewed directly over the phone or via social-media chats.

Of the respondents, 98.1 per cent also said they did not want students to interfere in the work of the country’s key institutions, though the remainder saw nothing wrong with that.

However, 53.9 per cent agreed that it was time to protest against the government’s political and economic failures.

Noppadon Kannika, Super Poll’s director, said politicians’ actions were to blame for the recent protests, adding that if the students only targeted the government, they may be successful in achieving their goal.