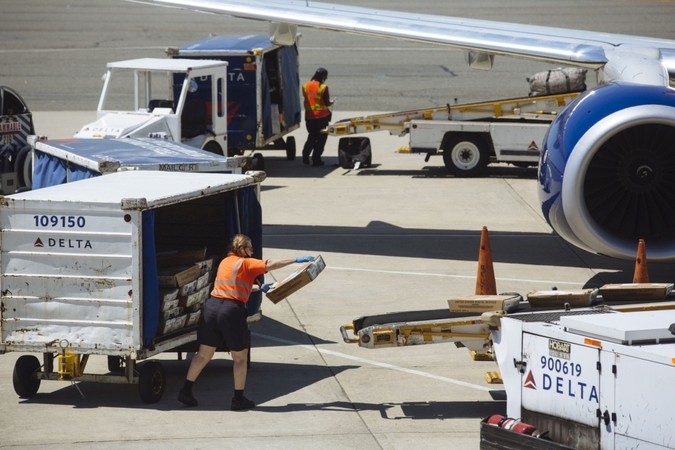 About 400,000 airline workers have been fired, furloughed or told they may lose their jobs due to the coronavirus, according to Bloomberg calculations.

The aviation industry has suffered more than most as the pandemic destroys ticket sales and strips companies of cash. Airlines the world over have drastically cut back on flights due to border restrictions and a lack of appetite for travel, particularly internationally, because people are worried about contracting the virus and spending lengthy periods in quarantine.

British Airways, Deutsche Lufthansa, Emirates Airline and Qantas Airways are among the carriers announcing thousands of dismissals and unpaid leave programs. Many more are expected in the U.S. after a ban on job cuts -- a condition of a $50 billion government bailout -- is lifted at the end of September. Delta Air Lines, United Airlines and American Airlines Group have already warned about 35,000 employees that their jobs are at risk. The trio's combined personnel losses could top 100,000 by year-end.

Even the pilots and cabin crew who manage to keep their jobs are, in general, facing salary cuts.

The 400,000 job-loss figure is for airlines worldwide and covers pilots and cabin crew, who have found themselves on the front lines of the virus fight when they are at work. It includes planned cuts by U.S. carriers and was compiled from company statements, Bloomberg News stories and other media reports.

Job losses in related industries including aircraft manufacturers, engine makers, airports and travel agencies could reach 25 million, according to the International Air Transport Association. The hotels and lodging sector in the U.S. sees 7.5 jobs lost for every one in aviation. Airbus and Boeing are cutting more than 30,000 positions.