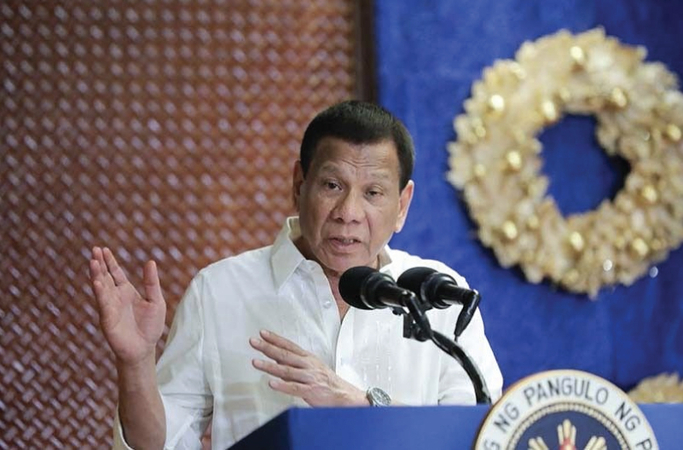 MANILA, Philippines — “If you are expecting that it will be renewed, I am sorry. I will see to it that you are out.” It was in December 2019 when President Rodrigo Duterte, speaking partly in Filipino, made this pronouncement, as the country’s largest broadcast network, ABS-CBN, was hoping to have its application for the renewal for its 25-year franchise granted.

The broadcast network remained hopeful even after Duterte had repeatedly said in his public speeches that he would hinder the renewal of their franchise for not airing his 2016 election advertisement and for alleged biased reporting against him.

Critics of the administration called the denial an attack to press freedom that would have a “chilling effect” on journalists, considering that the network is the country’s largest broadcasting company, providing both news and entertainment programs.

Danilo Arao, an associate professor at the journalism department of the University of the Philippines in Diliman and a journalist himself, underscored the importance of press freedom as the “cornerstone of democracy.”

“Without press freedom, there can be no genuine democracy,” Arao told INQUIRER.net.

He believes that press freedom in the country is “in dire straits,” citing the ABS-CBN case, the recent cyber libel conviction of Rappler CEO Maria Ressa and the outfit’s former writer Reynaldo Santos Jr., and the killing of Cornelio Pepino, a radio journalist who was based in Dumaguete City.

“These are the indications, no matter how anecdotal, of how press freedom has been under systematic attack. So we’re using the phrase ‘systematic attack’ to qualify the fact that laws and the entire bureaucracy have been weaponized by the Duterte administration to ensure that its concept of journalism will be one of blind obedience,” Arao said.

There seems to be a “deja vu” of the “repression” of media during the martial law regime of then-President Ferdinand Marcos, he added.

“The only difference right now is that there is no need for a formal declaration of martial law given the weaponization of laws,” Arao said.

He pointed to the controversial Anti-Terrorism Act of 2020 which Duterte recently signed despite the strong outcry from human rights advocates, lawyers, journalists, and even some lawmakers.

So far, there are 19 petitions pending before the Supreme Court — including one filed by the National Union of Journalists in the Philippines (NUJP) — questioning the controversial law.

“We’re seeing the chilling effect regarding the broad definition of terrorism. And in the context of journalism practice, the danger of the anti-terror law is that if journalists would be true to their profession, they will have to really interview sources of information including those who are suspected of belonging to terrorist groups,” Arao said.

“So that means that journalists may also be fair game or prosecuted because of that broad provision in the law about advertising or serving as propaganda for suspected terrorists,” he added.

“It’s very problematic. People or journalists may be free to criticize or to do their reportage in whatever ways they see fit. But after their reportage, what happens next? So that’s what we mean by chilling effect,” Arao said.

“I mean, look at ABS-CBN. Given what it has gone through in the hands of Congress after those 12 torturous public hearings, the chilling effect is definitely there. Journalists and news media organizations, media owners would be asking, ‘Are we next? What’s going to happen to us?’” he added.

Arao said that the “attack” on journalists did not have to happen on everyone, but only a few so others would “toe the line.”

“The tendency would be for the more conservative ones to be wary about criticizing the powers that be. Otherwise, they would end up like the ones being harassed and intimidated,” he said.

“So that’s what that’s what we need to remember regarding the so-called freedom, or the atmosphere — that particular pretentious atmosphere of freedom that media are experiencing right now,” he added.

The question now is: What’s the President’s role in this?

On numerous occasions, presidential spokesperson Harry Roque said that Duterte was “neutral” on the issues hounding the franchise application of ABS-CBN, saying that the decision on the bid of the network lay solely in the hands of Congress.

“The Palace has maintained a neutral stance on the issue as it respects the separation of powers between the two co-equal branches government,” Roque said.

“Much as we want to work with the aforesaid media network, we have to abide by the resolution of the House committee,” he added.

Roque also previously said that members of the House — which is dominated by Duterte’s allies—should vote as their “conscience dictates.”

In an earlier Senate hearing in February, ABS-CBN apologized to the President and explained that the time limits under the election law prohibited the airing of some of his ads.

Duterte accepted the media giant’s apology and said he would leave the media network giant’s impending franchise renewal to Congress.

But Arao said the pronouncements of the Palace on the issue did not align with Duterte’s previous remarks.

“He did not retract his previous statement. He could have said, ‘Okay, right now I’m completely neutral and I don’t mean it when I said that I will see to it that you are out’,” he added.

During the celebration of World Press Freedom Day in May, Secretary Martin Andanar of the Presidential Communications Operations Office (PCOO) underscored the commitment of the Duterte administration to protect press freedom.

Andanar highlighted the important role of a “free and pluralistic press” in the “foundation and progress of an informed and empowered society.”

Andanar likewise said that several initiatives were in place — such as the Freedom of Information Executive Order, the Presidential Task Force on Media Security, and the expanded Sotto Law — to protect the life, liberty, and security of journalists.

The PCOO secretary said: “We will continue to endeavor towards the continued promotion of press rights and freedom.”

“Let us work together as well, to eradicate biased information, misinformation, disinformation and fake news that continue to damage not only our society, but the trust and the relationship between the government and the people, a relationship that must be maintained in order for our society to function as a whole,” Andanar said.

Roque, meanwhile, said that the “Philippines enjoys a free and vibrant press” and that the government “places great importance to the vital role of a fair and democratic media in having a well-informed and empowered citizenry.”

INQUIRER.net reached out to the Palace for its side on this story but has not received a reply as of this writing.

According to the World Press Freedom Index, the Philippines dropped two places in 2020, sliding to the 136th place out of 180 countries and regions.

The annual press freedom list, produced by the Paris-based Reporters Without Borders (Reporters Sans Frontieres or RSF), noted how state troll armies in some countries, including the Philippines, use the weapon of disinformation on social media.

With Duterte’s upcoming State of the Nation Address (SONA), journalists are waiting if the president will tackle issues on the state of press freedom in the country, most especially with the recent cases of ABS-CBN and Ressa — which happened only less than a month apart from each other.

“If he doesn’t say anything about press freedom, what does it mean?” Arao said.

“Most probably it will be due to the fact that he doesn’t see press freedom as a major problem and again it is consistent with the argument of many of his allies that the closure of ABS-CBN has nothing to do with freedom but just simply obedience to the alleged violations of the law,” he added.