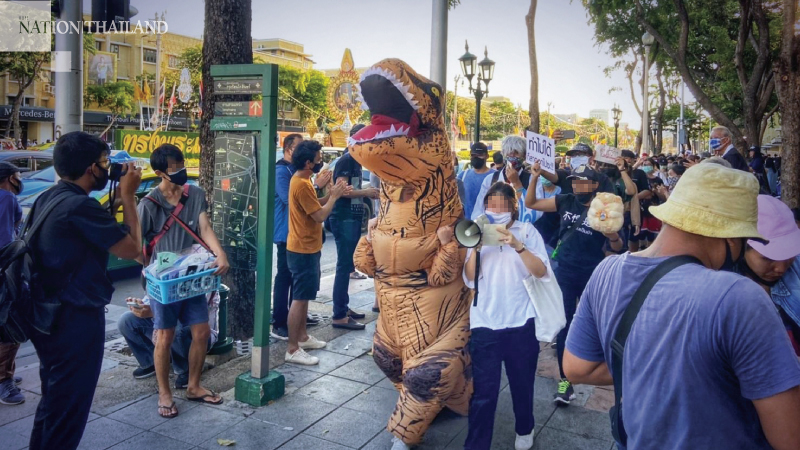 The pro-democracy movement intensified its protests against the government after students unfurled the banner of revolt with the first youth-led street protest on July 18.

The protesters gathered again at Democracy Monument on Sunday evening (July 26), reiterating their demands that Parliament be dissolved, intimidation of people by the authorities be stopped and the Constitution be rewritten. 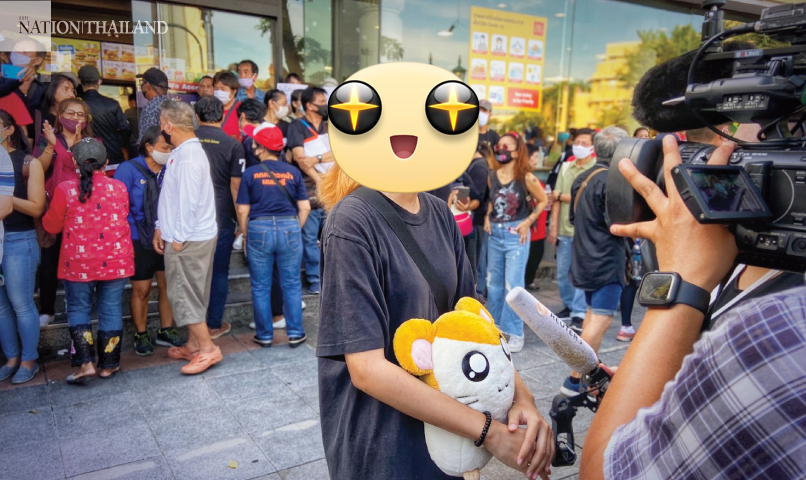 They circumambulated the Democracy Monument. The protest theme on Sunday reflected the Japanese Hamtaro cartoon's life cycle. They sang the tweaked version of the Hamtaro theme song to mock the government and military-appointed senators, accusing them of wasting people's tax money. Some protesters made satirical remarks, saying they were walking around the monument to enjoy the beauty of the flowers decorating the place.

Bangkok officials have placed a lot of flower and small bush trees in the monument area, ostensibly aimed at preventing protesters from gathering in the area.

Some red-shirt activists were spotted among protesters. They said they had come to support the youth who were carrying on the fight for democracy. 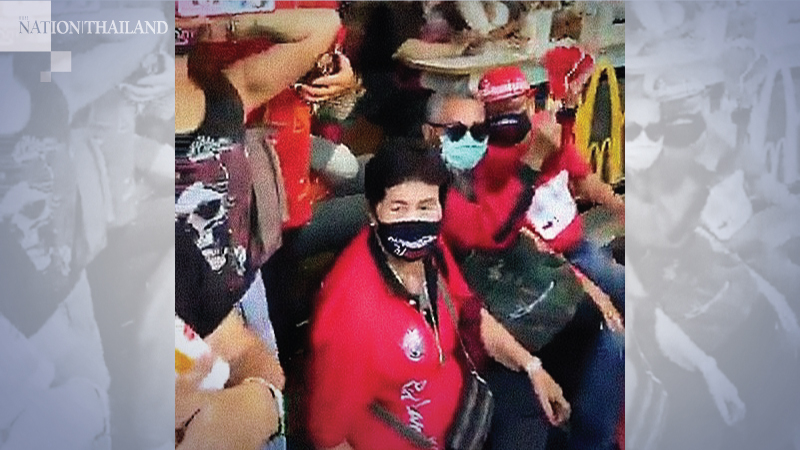 Some LGBTQ members also joined the protest on Sunday evening after their group held the protest at the same spot on Saturday to support the fight for democracy.

Since the Free Youth movement and the Student Union of Thailand kicked off their first street protest on July 18 at Democracy Monument, there have been a series of flash mobs across the country, especially among high-school and university students.