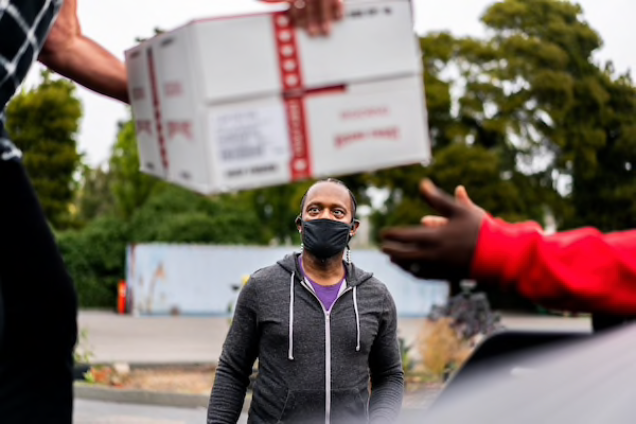 Each fall, the Rev. Rob Newells urges the congregation at Imani Community Church in Oakland, Calif., to get a flu shot. He builds bridges every day between the country's most vulnerable, marginalized communities and the medical system, defusing suspicion about HIV prevention treatments and educating people about medical research. He prods health-care leaders to think harder about their messengers: Don't send a white doctor to tell black people what they "need" to do for their own good.

But with the first massive coronavirus vaccine trial in people set to start Monday, Newells finds himself in an unfamiliar place: on the fence about what to tell his colleagues, his community, his cousins. Biomedical research, Newells knows, is a long and painstaking process - and he is concerned about a vaccine campaign that seems so narrowly focused on speed. "What are we doing that we haven't done before? I haven't got good enough answers for me to tell my community, 'This is just like we have been doing in HIV, where I'm comfortable there's community at the table,' " Newells said. "What are we sacrificing for the speed, and if we're not sacrificing anything, why couldn't we move at this speed with other studies?"

The unprecedented scientific quest to end the pandemic with a vaccine now faces one of its most crucial tests, and nothing less than the success of the entire endeavor is at stake. A vaccine must work for everyone - young and old; black, brown and white. To prove that it does, many of the 30,000 volunteers for each trial must come from diverse communities. It's a scientific necessity, but also a moral imperative, as younger people of color die of coronavirus at twice the rate of white people, and black, Hispanic and Native Americans are hospitalized at four to five times the rate of white people in the same age groups.

"If this is a vaccine trial that enrolls a bunch of 20-somethings or white college graduates, it will not give us the information we need," Francis Collins, director of the National Institutes of Health, said in an interview.

Newells has experienced the reality behind the grim statistics within his own family. A cousin in St. Louis was on a ventilator for three weeks in March. An aunt and an uncle were hospitalized with covid-19, the illness caused by the virus. His professional experience as a biomedical advocate and executive director of the AIDS Project of the East Bay has taught him how crucial it is to include minorities in trials, if a treatment or drug is to succeed in the real world.

A decade ago, a revolution occurred in HIV, when the first pill regimen to prevent HIV was shown effective. But a trial in San Francisco was dominated by gay white men, Newells said, and as the drug became available through an extension to the clinical trial, it was those men and their social circles who embraced it.

"The black people in Oakland didn't really know about it, hadn't been learning about it for a couple years," Newells said. "We know from that experience that we have to engage people early in the research end of it, so by the time something gets approved, it's not something brand new. I think it's going to take time to talk to people about vaccine research."

The race to create a coronavirus vaccine has so far played out in the arcane domain of biology. Can the vaccine trigger the body's immune system to protect against an infection? Which vaccine technology is more promising? How long do virus-fighting antibodies that are circulating in people's blood stick around?

The definitive answers to those questions will not come from laboratory experiments, but from large-scale human clinical tests that have long struggled to include minority communities.

Unethical research abuses of black and brown communities, including the Tuskegee experiments that withheld syphilis treatments from African Americans and Guatemalan experiments that deliberately infected prisoners with sexually transmitted diseases, have become cultural touchstones for many people of color, sowing deep distrust of medical authorities. That mistrust - coupled with unequal access to health care, information barriers and racial bias - means they are underrepresented in research trials.

"Now, along comes the pandemic, and it's more important now than ever that we have minorities included. We should be jumping over mountains to try and make this work," said Consuelo Wilkins, vice president for health equity research at Vanderbilt University Medical Center.

In normal times, it can take years of planning to create trials with representation from minority communities, a job that often comes down to human interaction and time. That task is all the more complicated now, with face-to-face interactions limited by the pandemic, community gatherings presenting a risk for virus spread and a rush to recruit. And it's happening against the backdrop of a nation grappling with systemic racism.

Decades of outreach by HIV researchers to gay men, transgender people and communities of color serve as a scaffold, but coronavirus affects a much broader population. Researchers leading the vaccine effort are convening community advisory boards to understand how to tailor messages and communicate respectfully with a number of at-risk groups, including Native Americans, blacks, Latinos and older people.

Small details will be critical. Brochures or ads for clinical trials must be available in multiple languages. They must depict minorities, but not just as test subjects. Materials prepared for tribal leaders and ethics specialists in one Native American community may need to answer different questions than those prepared for another, said Michele Andrasik, a senior staff scientist in the Vaccine and Infectious Disease Division at the Fred Hutchinson Cancer Center.

"We have to be incredibly mindful of who we're taking to, and how we're talking to them," Andrasik said.

Experts who work on research trials and specialize in building engagement with communities said the swift arrival and spread of the pandemic has made it difficult to start those conversations in depth and early, because so many trial details are being finalized.

"I don't even have a script yet. It's about education, and I don't want to call people and say we have a study that's upcoming soon and blah blah blah - I need to have a concrete plan," said Anthony Johnson, a community affairs specialist at the University of Illinois at Chicago, working on recruitment for a trial of a coronavirus vaccine made by the company Moderna. "They're interested. They're nervous. A whole lot of them have been impacted by covid-19, in different ways."

In the first 24 hours that a national website went online allowing people to volunteer to be considered for vaccine trials, 30,000 people registered. In a pandemic, research trials are often easier to fill. But making sure participants are people truly at risk for the disease will be a fundamental tension, given the need to go fast.

Jeanne Marrazzo, an infectious-diseases physician at the University of Alabama at Birmingham, said the HIV community has learned how to do the hard work of bringing minority communities in for trials. But she is worried diversity could be sacrificed amid competitive pressures between companies jockeying to be the first to develop a coronavirus vaccine. And there are concerns about researchers lacking experience with vulnerable communities and trying to meet aggressive timelines to deliver results within a few months.

"It's much faster to take the path of least resistance and sign up the people who have access to health care and everything - they have cars, they can pay for parking," Marrazzo said.

The irony is that people who are following every update of vaccine development and have time to learn about the nuances of medical research often have privileges that protect them from the virus. And people willing to participate in vaccine trials fundamentally trust that the system will work for them, a feeling often absent in the communities that could benefit most from a safe and effective vaccine.

One recruitment tool depends on portals or apps that people use to check their electronic health record, which could alert them about the opportunity to enroll in a trial. But people in minority communities are less likely to have a primary care doctor or health insurance, meaning they wouldn't have easy access to medical records.

"It almost feels like we should have started 400 years ago and not four months ago," said Utibe Essien, an assistant professor of medicine at the University of Pittsburgh school of medicine.

Roshon Green of Lawrenceville, Ga., plans to wait until vaccine trials are done to get a shot of protection - and perhaps longer. She's not alone.

Far from having a fear of science, Green, 50, is a diversity educator for a health plan. She knows the depressing medical literature on racial disparities all too well. Health disparities affect every stage and facet of life: higher rates of obesity in the black community, black women's risk of dying during childbirth, hesitance to treat black people's pain.

In a country that has tolerated those inequities for centuries, suspicions flare when pharmaceutical executives, philanthropist billionaires and government leaders talk high-mindedly about the need for black people to step forward as test subjects and line up for shots.

Green thinks it's possible that researchers and scientists could build trust in the vaccine and the research effort. But it's a huge task. They will need to communicate more openly, draw on leaders the black community trusts and acknowledge the layers of inequity the pandemic has lain bare.

"If there's this great vaccination, something that can remotely help someone, and you're secure in it, why are you seeking out the African American community? Why aren't you getting more of the 1-percenters? Give it to Bill Gates. Give it to Donald Trump," Green said. "Someone like me, regular old people, everyday trying-to-make-it people will wait."