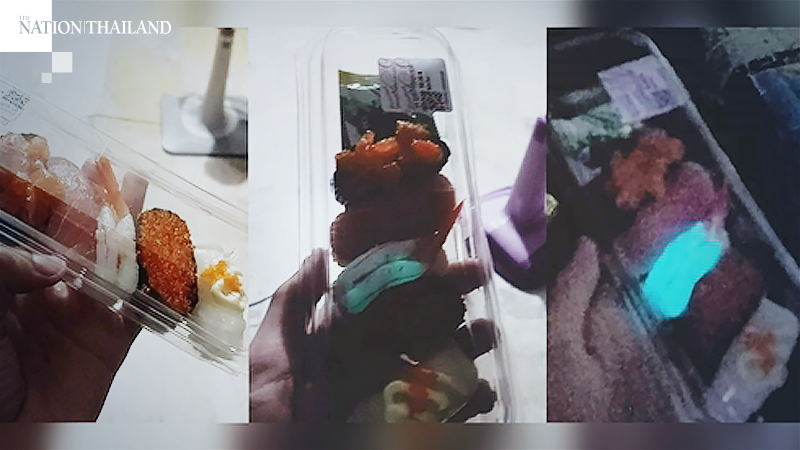 A man who posted pictures of sushi that glowed in the dark has finally been handed an explanation for the strange phenomenon.

Chulalongkorn scientist Jessada Denduangboripant said on his Facebook page there were three possible reasons for the glowing seafood, but the Department of Medical Sciences should investigate and get to the bottom of the mystery.

The first is that it was caused by bioluminescent bacteria such as Pseudomonas sp, Pseudomonas fluorescens or Vibrio fischeri, which glow when they are alive but are mostly killed by heat.

The second is that the fish might have eaten glowing plankton such as dinoflagellate or glowing bacteria such as Vibrio harveyi.

And the final explanation is that it was contaminated by a substance that contained phosphorus and was added to make the food more flavoursome.

He warned against eating any sushi that glowed, saying it may cause illness such as diarrhoea or food poisoning.